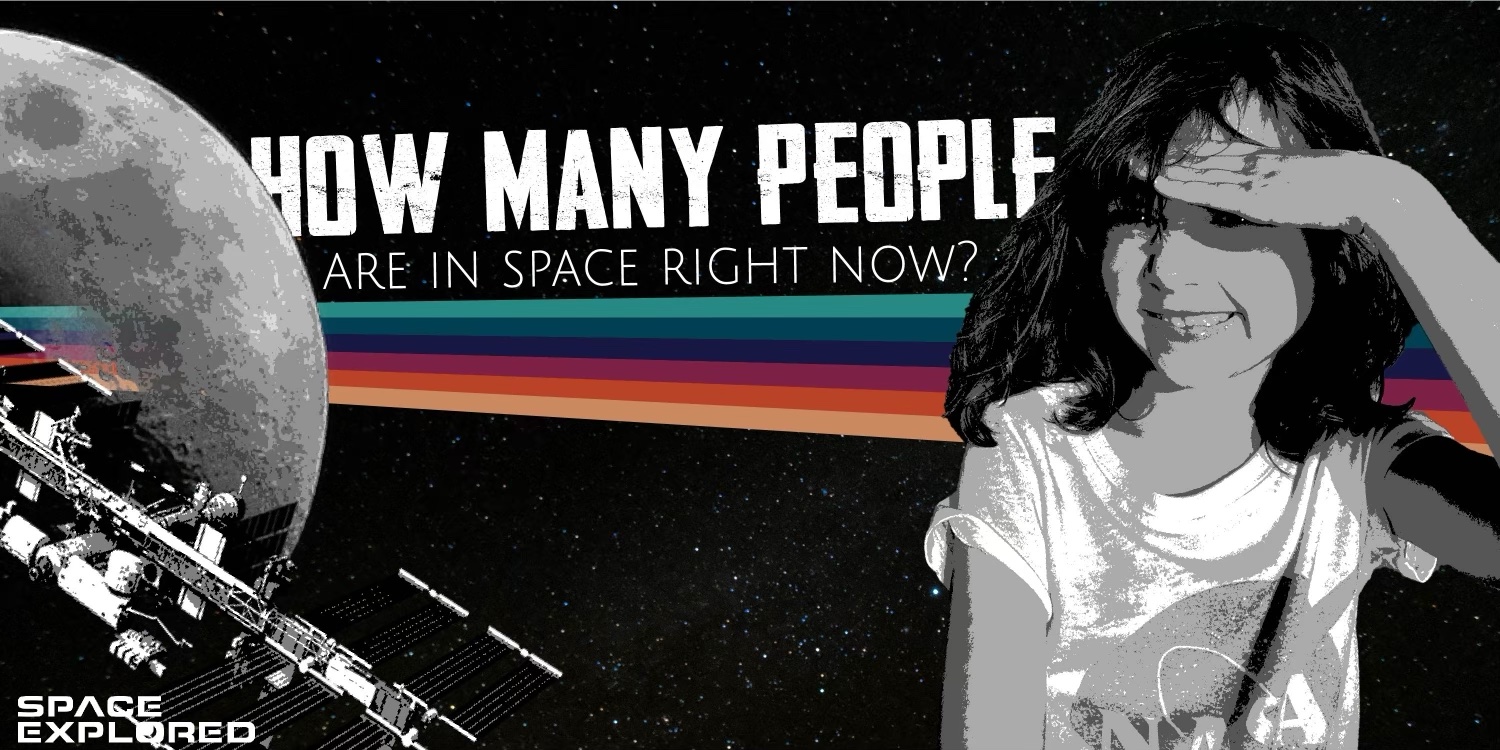 How many people are in space?

There are currently seven people in space right now.

These astronauts and cosmonauts are the crew of the Expedition 65 mission aboard the International Space Station.

Who was the first person in space?

Yuri Gagarin became the first person in space when he was 27 years old. He conducted a 108-minute orbital flight around Earth inside his Vostok 1 spacecraft on April 12, 1961.

Who was the first woman in space?

Valentina Tereshkova became the first woman in space when she was 26 years old. She spent three days in space while orbiting the planet 48 times inside her Vostok 6 spacecraft in June 1963.

Who was the first American woman in space?

Sally Ride became the first American woman in space at the age of 32. She flew on the Space Shuttle Challenger for NASA’s STS-7 mission on June 18, 1983.

Who was the first American in space?

Alan Shepard became the first American in space at the age of 37. He launched inside his Freedom 7 capsule from a Mercury Redstone rocket on May 5, 1961.

Who was the first person on the Moon?

Neil Armstrong became the first person to walk on the Moon when he was 38 years old. He flew in his Apollo capsule that launched on a Saturn V rocket before stepping foot on the Moon during the Apollo 11 mission on July 20, 1969.

Who was the first woman on the Moon?

No woman has had the opportunity to travel to the Moon yet. America’s space agency sent 12 men to walk on the Moon between 1969 and 1972 through the Apollo program. The U.S. did not allow women to apply to be astronauts until 1978.

NASA plans to send the first woman to the Moon through the Artemis program with the Space Launch System (SLS) rocket and Orion spacecraft. Artemis 1 is expected to take flight in late 2021 or early 2022.

Artemis 2 is a flyby mission around the Moon much like Apollo 8. The second Artemis mission will have a four-person crew (three Americans and one Canadian astronaut). NASA has not yet committed to including a female astronaut for Artemis 2, although the mission is the space agency’s next opportunity to send a woman around the Moon.

Artemis 3 is the first lunar landing mission under the program. The program currently commits to sending the first woman and next man to the Moon. Kathy Lueders, NASA’s associate administrator of human exploration and operations, has expressed interest in sending two women to walk on the Moon for the mission.

NASA has not named which astronauts will crew Artemis 2 and Artemis 3 yet. The space agency has named a group of 18 astronauts who will be eligible for early Moon missions. Currently, half of the Artemis astronauts named are women.