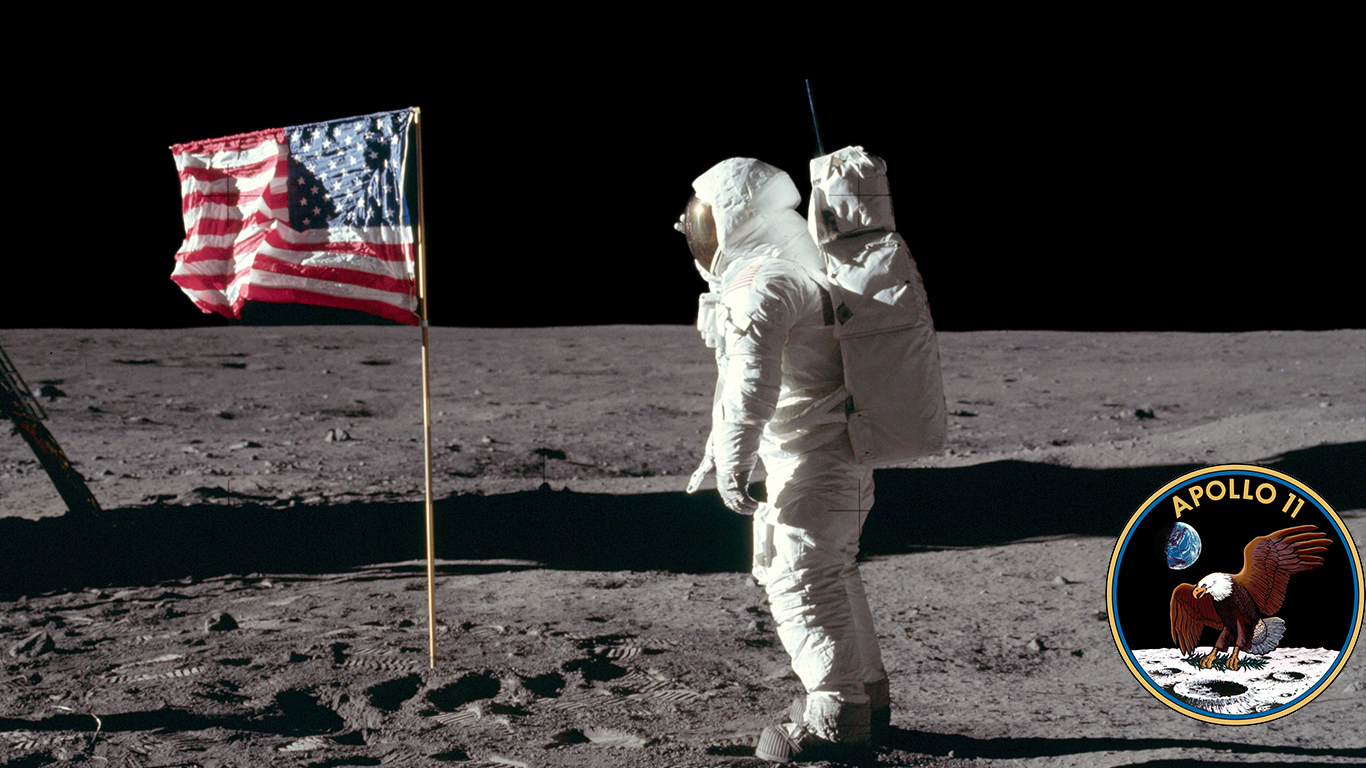 It’s a hot and humid summer morning. On July 16th, 1969 the silence was broken by the sound of five F-1 engines roaring to life. Apollo 11 lifted off at 9:32 AM EDT on a mission of a lifetime. On July 20th, Neil Armstrong and Buzz Aldrin are about to land on the Moon.

In total, Armstrong and Aldrin spent around 21 and a half hours on the surface of the Moon. Only ~3 hours were spent outside the lunar lander. Decades of hard work by a countless number of people resulted in the successful landing of Apollo 11. This landing also marked the end of the Space Race between the U.S. and the USSR. The Apollo program would go on to land 5 more times with only one failed attempt. No crews were lost during any landing. We haven’t been back since, that will change.

The Lunar Module (LM) ‘Eagle’ separated from the Command Module (CM) ‘Columbia’. Preparations had already been carried out. It was time to descend to the surface. Most of the landing sequence was automated and carried out by the LM Guidance Computer (LGC). This computer, however, encountered some errors during the descent. Armstrong and Aldrin were warned by the LGC about 1201 and 1202 errors multiple times, but these computer errors did not hamper the landing. The computer restarted and resumed from where it left off.

Houston, Tranquility Base here. The Eagle has landed.

The LM of Apollo 11 touched down on the Moon. Then, a series of checkouts and preparations began for a walk on the surface, known as an EVA (Extravehicular Activity). The Astronauts had a 5 hour sleep period scheduled but decided to skip it. The LM hatch was opened at 10:39:33 EDT (2:39:33 UTC). Armstrong began his descent down the LM ladder ~11 minutes later. One of the first actions he took was to deploy and activate the TV camera that had been stowed in the LM. This camera provided live views of Armstrong and Aldrin climbing onto the Moon. The source video has been lost, however, other copies exist around the world. None are as high of quality. The video you are most likely familiar with was from a camera pointing at a screen in Mission Control.

That’s one small step for [a] man, one giant leap for mankind.

Neil Armstrong, having just stepped onto the Moon

Aldrin joined Armstrong shortly thereafter. The Apollo 11 Astronauts then spent about 3 hours collecting samples and placing experiments on the surface. The Astronauts also received a phone call from President Richard Nixon, who was at the White House at the time. Among the items left on the surface was an American Flag. All Apollo missions planted a flag after landing.

The LM Ascent stage ignited, and Armstrong and Aldrin began their journey back to the Command Module. The American Flag that had been planted was knocked over by the exhaust of the engine. Michael Collins was the lone occupant of the Command Module while Armstrong and Aldrin were on the surface. He carried out maintenance and “housecleaning” to prepare for the arrival. Eagle arrived at Columbia at 5:24 PM EDT (21:24 UTC) and they docked about 10 minutes later. A few hours later, the Eagle ascent module was jettisoned. This module was left in lunar orbit. It may still be in orbit, but it could have also crashed into the surface.

The crew of Apollo 11 and all future Apollo missions returned safely to Earth. As the Apollo program ended, so did our capability to send people to the Moon. That is changing. The goal of the Artemis program is to get humans back to the Moon, this time to stay. This time, unlike with the Apollo 11 lunar landing, NASA will be working with commercial partners. NASA has currently awarded a Human Landing System contract to SpaceX, though the decision is being challenged.