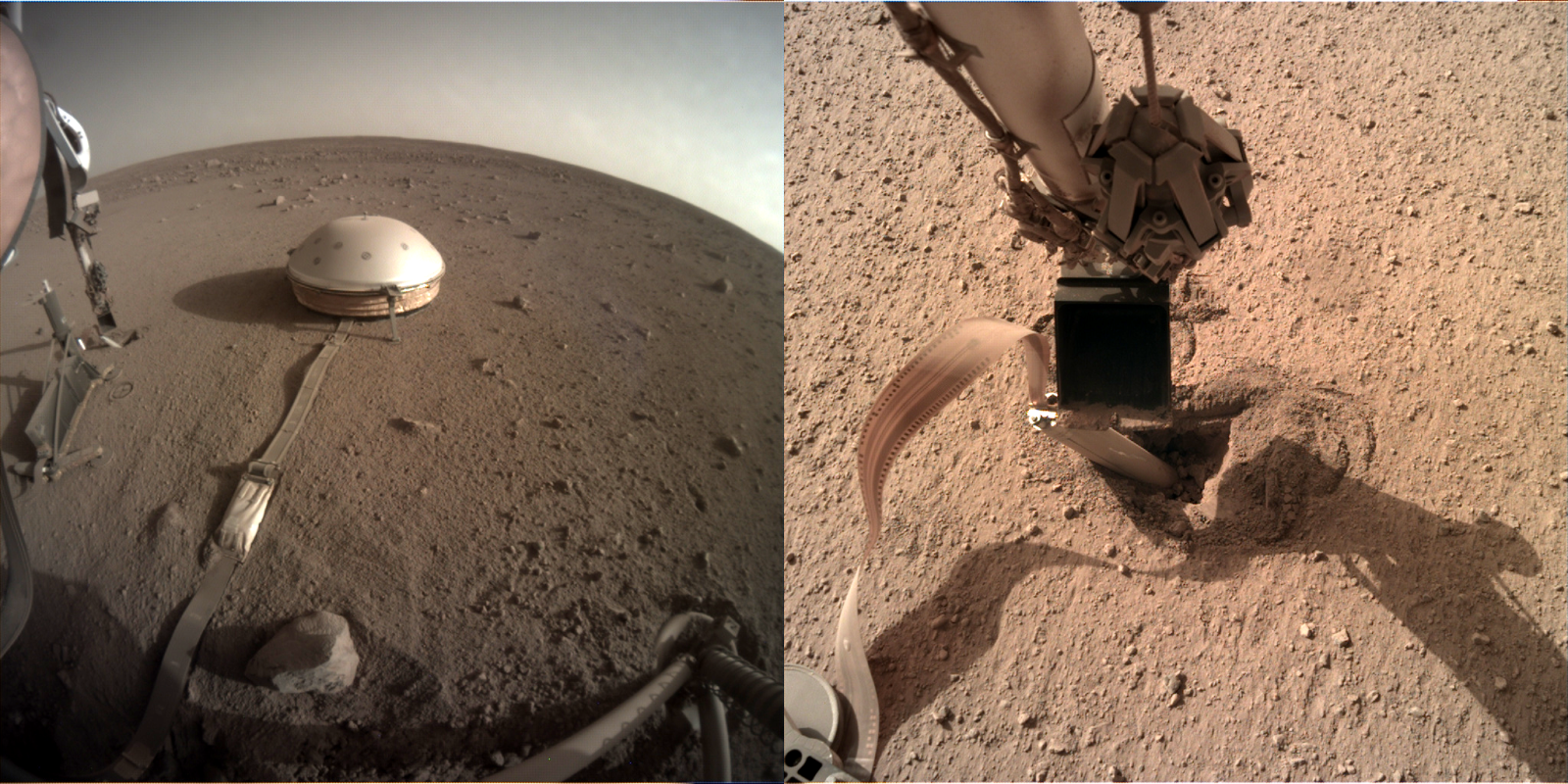 NASA’s InSight Mars lander touched down one year ago after a six month journey from Earth to the Red Planet. Today six papers were published with a year of science learned through year one of the lander mission.

A new understanding of Mars is beginning to emerge, thanks to the first year of NASA’s InSight lander mission. Findings described in a set of six papers published today reveal a planet alive with quakes, dust devils and strange magnetic pulses.

Five of the papers were published in Nature. An additional paper in Nature Geoscience details the InSight spacecraft’s landing site, a shallow crater nicknamed “Homestead hollow” in a region called Elysium Planitia.

During the first year of learning more about what happens under the surface of the Red Planet, InSight captured over 450 seismic signals that are mostly believed to be quakes. The nature of Mars quakes turns out to be weaker but more frequent than expected; the largest quake measured at a 4.0 magnitude.

InSight also touts a magnetometer used to measure the magnetic strength of ancient rocks on Mars.

Billions of years ago, Mars had a magnetic field. It is no longer present, but it left ghosts behind, magnetizing ancient rocks that are now between 200 feet (61 meters) to several miles below ground. InSight is equipped with a magnetometer — the first on the surface of Mars to detect magnetic signals.

The magnetometer has found that the signals at Homestead hollow are 10 times stronger than what was predicted based on data from orbiting spacecraft that study the area. The measurements of these orbiters are averaged over a couple of hundred miles, whereas InSight’s measurements are more local.

Next, InSight will determine if Mars has a solid or liquid core based on a measure of how much Mars wobbles; a liquid core would show more wobble than a solid core planet.

NASA adds that InSight data will prove even more valuable after the second Earth year, which represents the first full Mars year for scientists.