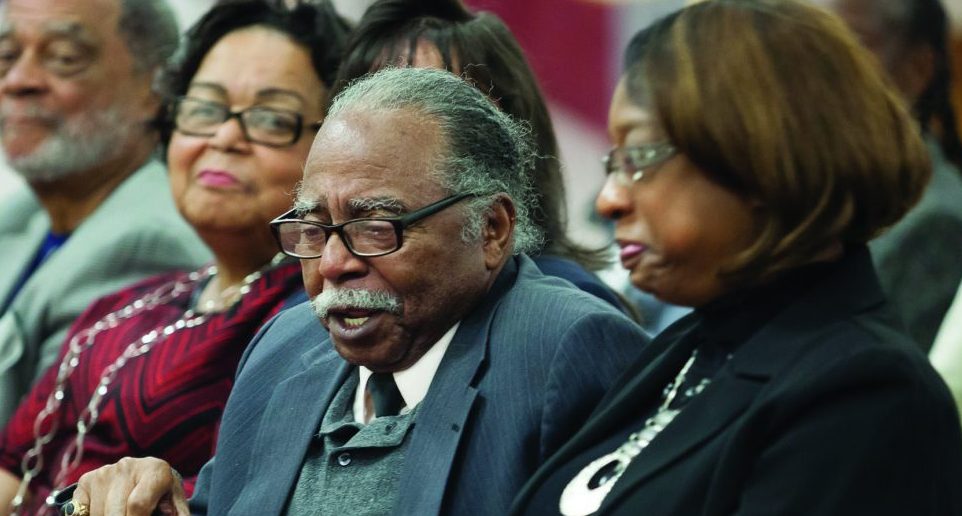 Julius Montgomery is another name history will remember for an extraordinary life lived. Katharine Q. Seelye recently profiled his accomplishments in The New York Times following his passing:

In 1956, he had become the first African-American who was not a janitor to be hired to work at the Cape Canaveral space facility in Florida. He was part of a team of technical professionals, known as “range rats,” who repaired the electronics in malfunctioning ballistic missiles and satellite equipment.

Two years later, his team wanted to start a school to keep the space workers up-to-date. Brevard Engineering College, as it was to be called (Cape Canaveral is in Brevard County), planned to lease classrooms at a public junior high school near the space center.

America’s ugly history with racism got in Montgomery’s way, however, when he applied to attend the college. He selflessly stepped aside so the college could open.

But public officials in Florida — a state still in the grip of Jim Crow and the Ku Klux Klan — had control over who walked into their classrooms. And they didn’t want black people.

The county’s superintendent of schools said he would not allow Mr. Montgomery to participate, and he threatened to shut down the college before it even got started.

Mr. Montgomery withdrew his application so the college could open. Three years later, in 1961, Brevard secured its own facilities and admitted Mr. Montgomery, who became the first student to integrate the college, known today as the Florida Institute of Technology.

His breaking the color barrier at Cape Canaveral and his sacrifice in helping the college get off the ground were not Mr. Montgomery’s only pioneering achievements. He was also the first African-American to win a seat on the City Council of the new, expanded city of Melbourne, after the old city merged with the adjacent Eau Gallie in 1969. […]

He held positions in several organizations, including president of the Greater Melbourne chapter of the N.A.A.C.P. He also spoke about his career at events around the country, among them a 2010 panel discussion at the National Air and Space Museum in Washington with, among others, the astronaut Leland Melvin, one of 14 African-Americans who have gone into space.

He was 90 when he passed away last month.