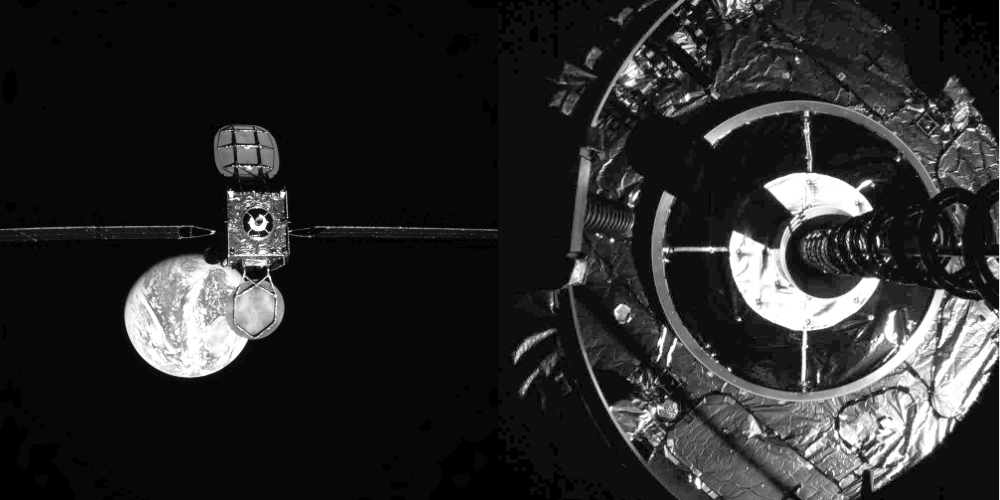 MEV is the Mission Extension Vehicle used by SpaceLogistics, a Northrop Grumman subsidiary, to service satellites in space.

The life extension satellite made history yesterday when it successfully docked to another commercial satellite:

IS-901 is a fully operational communication satellite that is running low on fuel. Intelsat (NYSE: I) removed 901 from service in December 2019, transferring customers to other satellites in its extensive fleet, in order to raise its orbit to the same altitude as MEV-1 in preparation for docking.

MEV-1 then completed the historic docking with IS-901 on February 25 at 2:15 a.m. ET. The combined spacecraft stack will now perform on-orbit checkouts before MEV-1 begins relocating the combined vehicle to return IS-901 into service in late March.

IS-901 is expected to gain five years to its life in orbit before being decommissioned.

SpaceLogistics expects future applications to include inspecting and repairing parts or systems of satellites, completing in-orbit robotic assembly of space structures, and other tasks that can extend the life of satellites.

The February 25th milestone is an important one in mastering this space.

Northrop Grumman has published awesome photographs of the historic satellite-to-satellite docking event too: