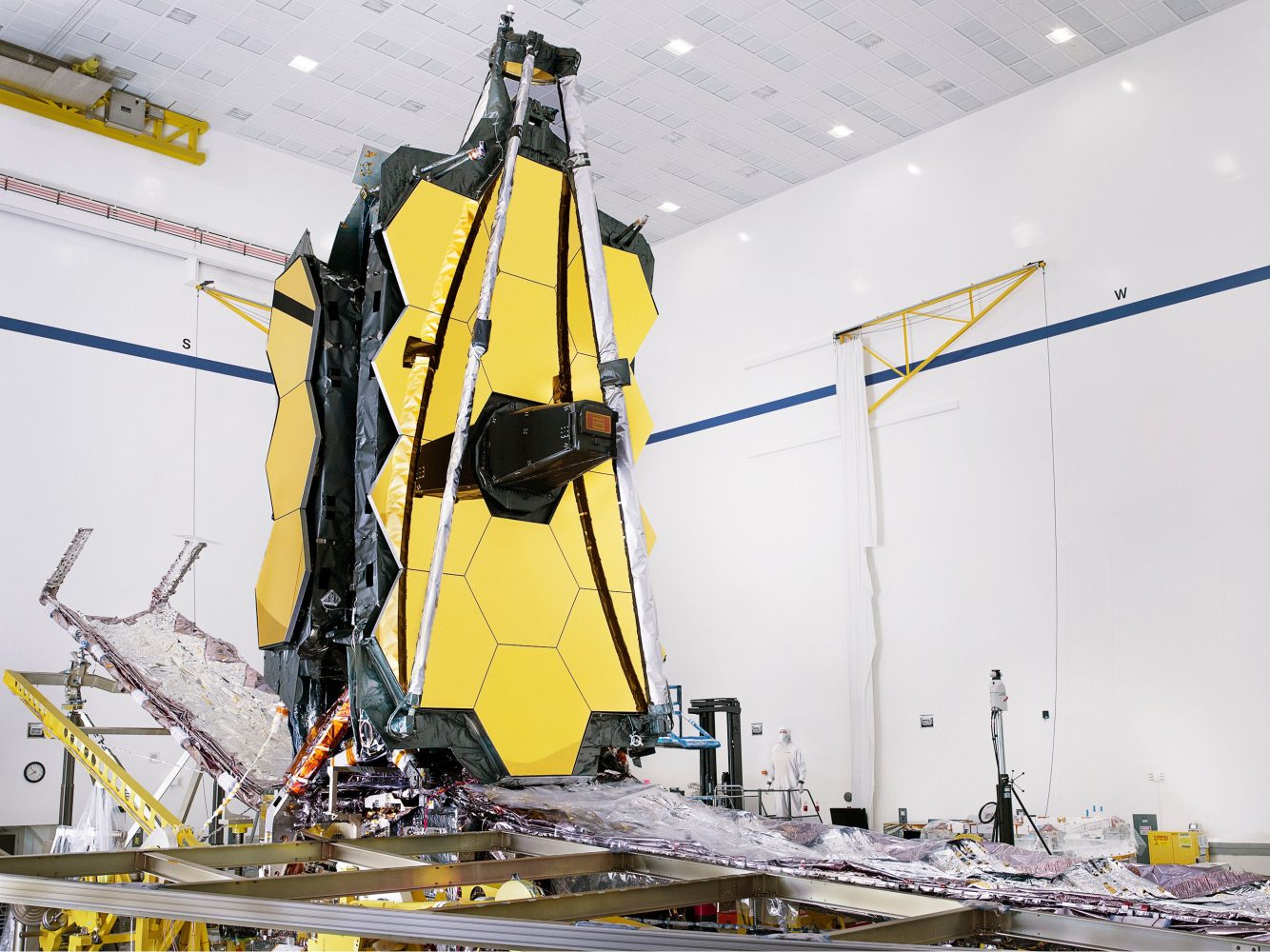 The major milestone of assembly was reached in California last August. Today we get a time-lapse video of that process from Northrop Grumman’s clean room.

Following assembly, the Webb team moved on to successfully send deployment and tensioning commands to all five layers of its sunshield, which is designed to protect the observatory’s mirrors and scientific instruments from light and heat, primarily from the Sun. Ensuring mission success for an observatory of this scale and complexity is a challenging endeavor.

All of the telescope’s major components have been tested individually through simulated environments they would encounter during launch, and while orbiting a million miles away from Earth. Now that Webb is fully assembled, it must meet rigorous observatory-level standards. The complete spacecraft reacts and performs differently to testing environments than when its components are tested individually.

The ambitious telescope is scheduled to launch on March 30, 2021, following a number of unexpected delays.