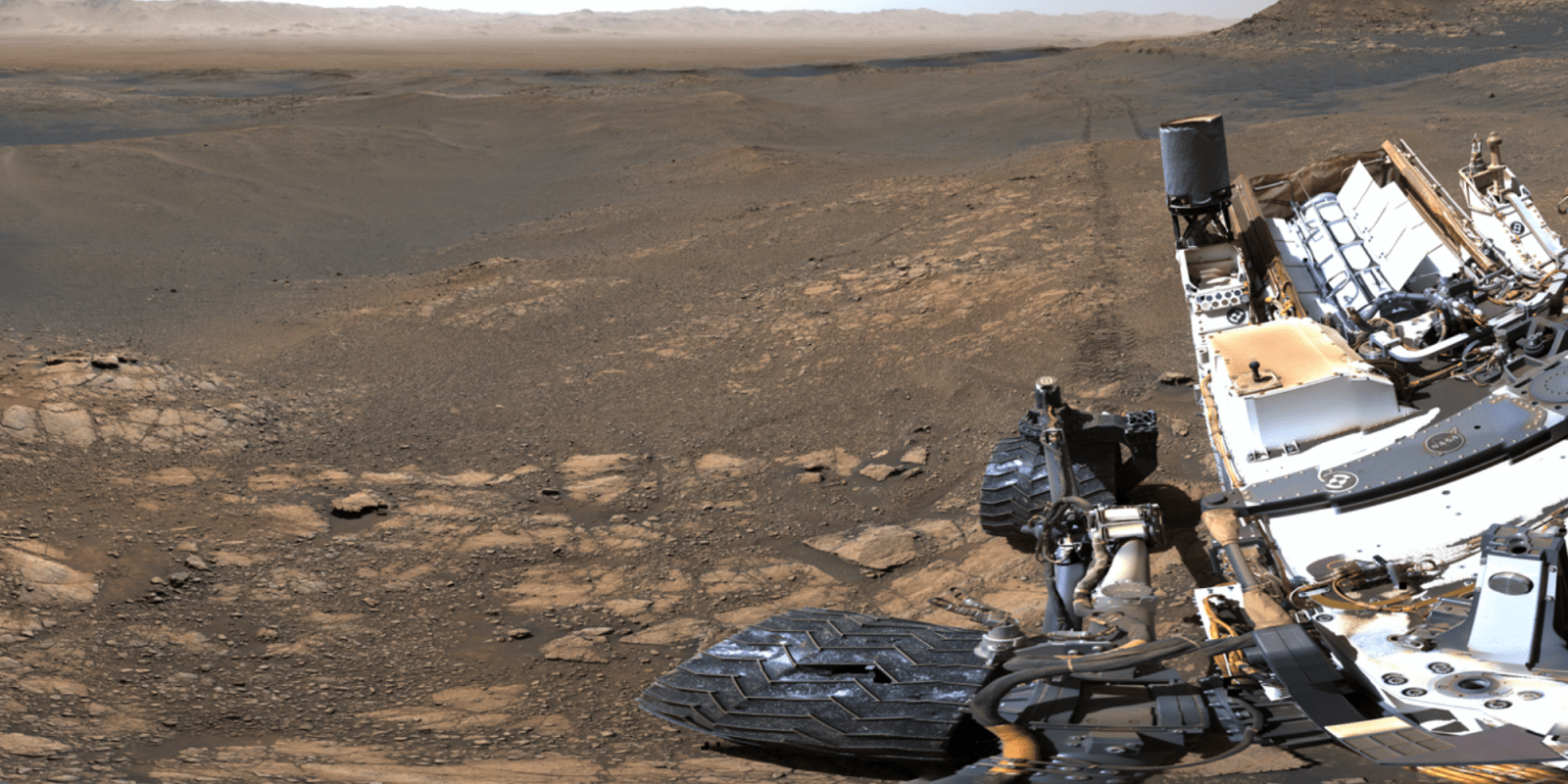 NASA’s Jet Propulsion Lab at the California Institute of Technology has shared a gigantic new view from Mars, courtesy of NASA’s Curiosity rover.

I just love that the highest resolution version is a 2.43 GB file. Impressive selfie, Curiosity. You can find more Curiosity shots here.