In 1982, The Jupiter Effect did not destroy the Earth as promised 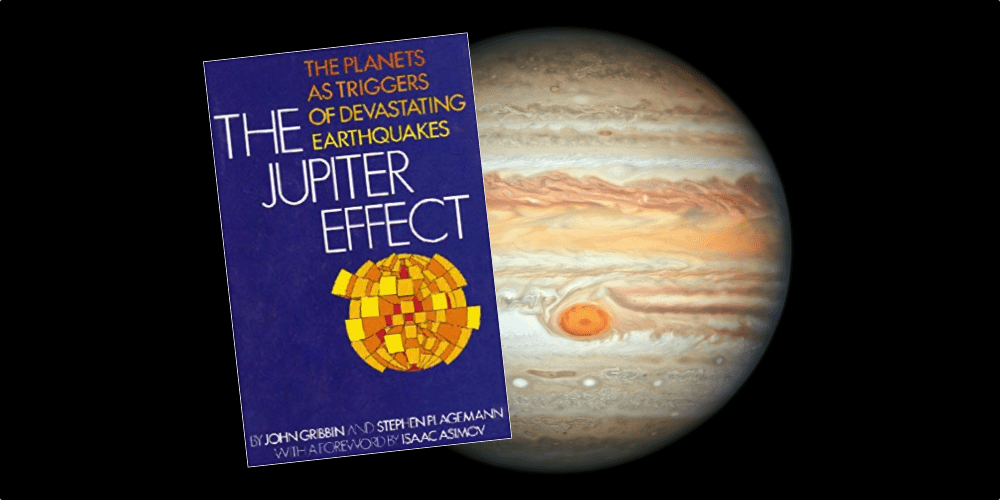 On this day in 1982, a poorly predicted set of catastrophes failed to materialize — but only after eight years of book sales funding two young authors. The Wikipedia entry for The Jupiter Effect is rather brutal:

The Jupiter Effect is a 1974 book by John Gribbin and Stephen Plagemann, in which the authors predicted that an alignment of the planets of the Solar System would create a number of catastrophes, including a great earthquake on the San Andreas Fault, on March 10, 1982.

The book became a best-seller. The predicted catastrophes did not occur.

In reality, every planet in our solar system aligning on a single side of the Sun was hardly a surprise to astronomers. Better yet, the same solar system event occurred some 854 years prior without incident in the year 1128.

When predictions from the 1974 book didn’t pan out in 1982, the authors regrouped and published a follow up book called Beyond the Jupiter Effect, in which they admitted their predictions didn’t occur while refining their hypothesis.