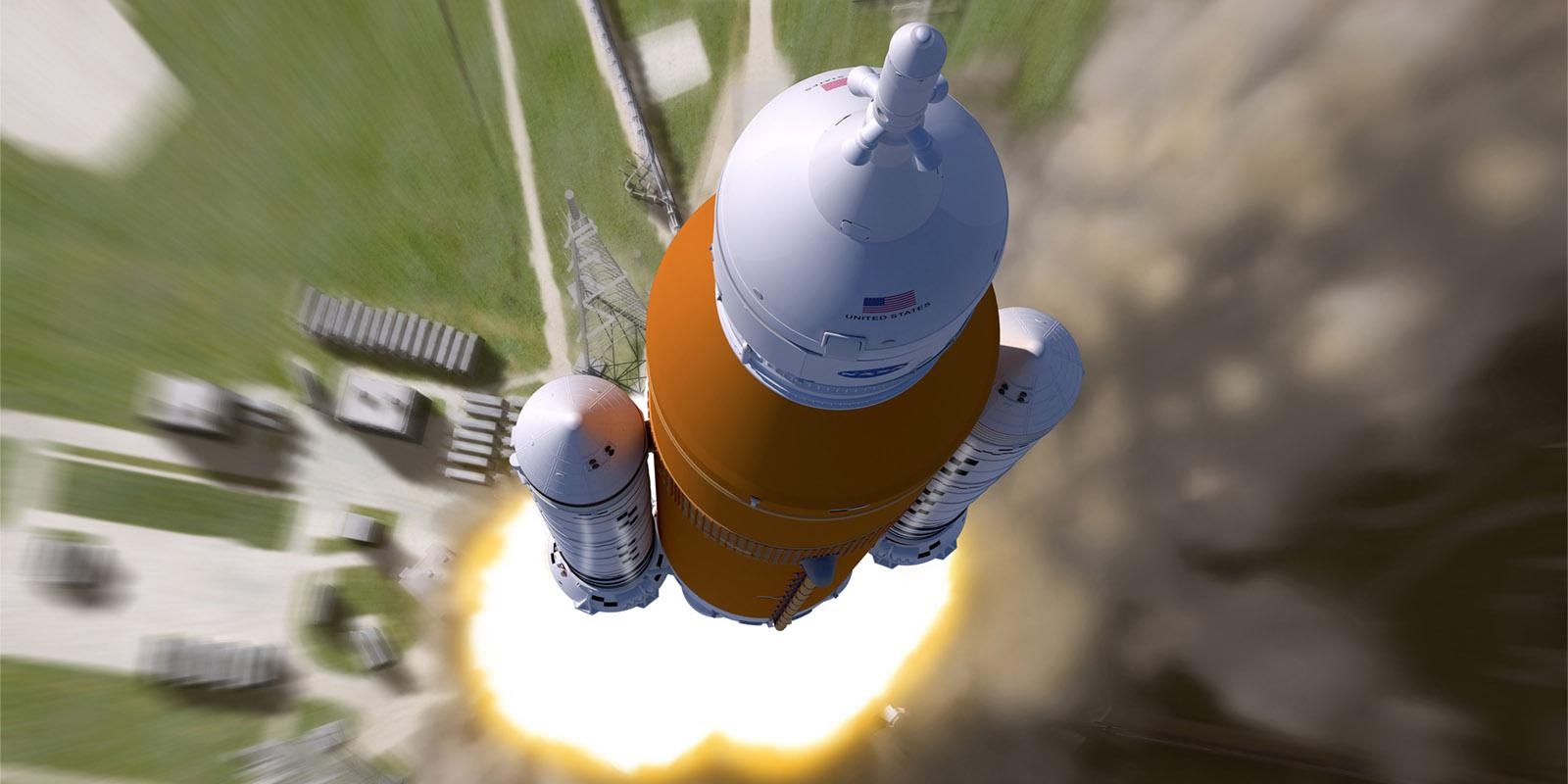 NASA is hard at work on a historic mission to send the first woman and next man to the Moon in 2024 under the Artemis program. Prior to the ambitious Artemis 3 mission, astronauts will conduct a lunar flyby mission called Artemis 2.

Aerojet Rocketdyne, the company tasked with building the motors and engines used to transport crew to lunar orbit, now says it has completed manufacturing and testing of the hardware that will be used on the second Artemis mission.

NASA will use the new Space Launch System rocket and Orion spacecraft to send astronauts beyond low Earth orbit for the first time since the Apollo 17 mission in 1972.

‘These are very exciting times for both NASA and the nation,’ said Eileen Drake, Aerojet Rocketdyne CEO and president. ‘The United States is sending humans beyond low Earth orbit for the first time in nearly 50 years, and we are traveling even farther with Artemis than we did with Apollo.’

‘The Artemis II mission will be the first time the Space Launch System and Orion will send astronauts into orbit around the Moon, and it is a key precursor to landing the first woman and the next man on the Moon,’ added Drake. ‘Aerojet Rocketdyne propulsion systems will play a critical role in making this endeavor a reality.’

So what all does completing propulsion for the Artemis 2 mission include?

Space Launch System is still being readied for the Artemis 1 mission that will fly around the Moon without astronauts as soon as the end of next year. Artemis 2 is being targeted for late 2023.