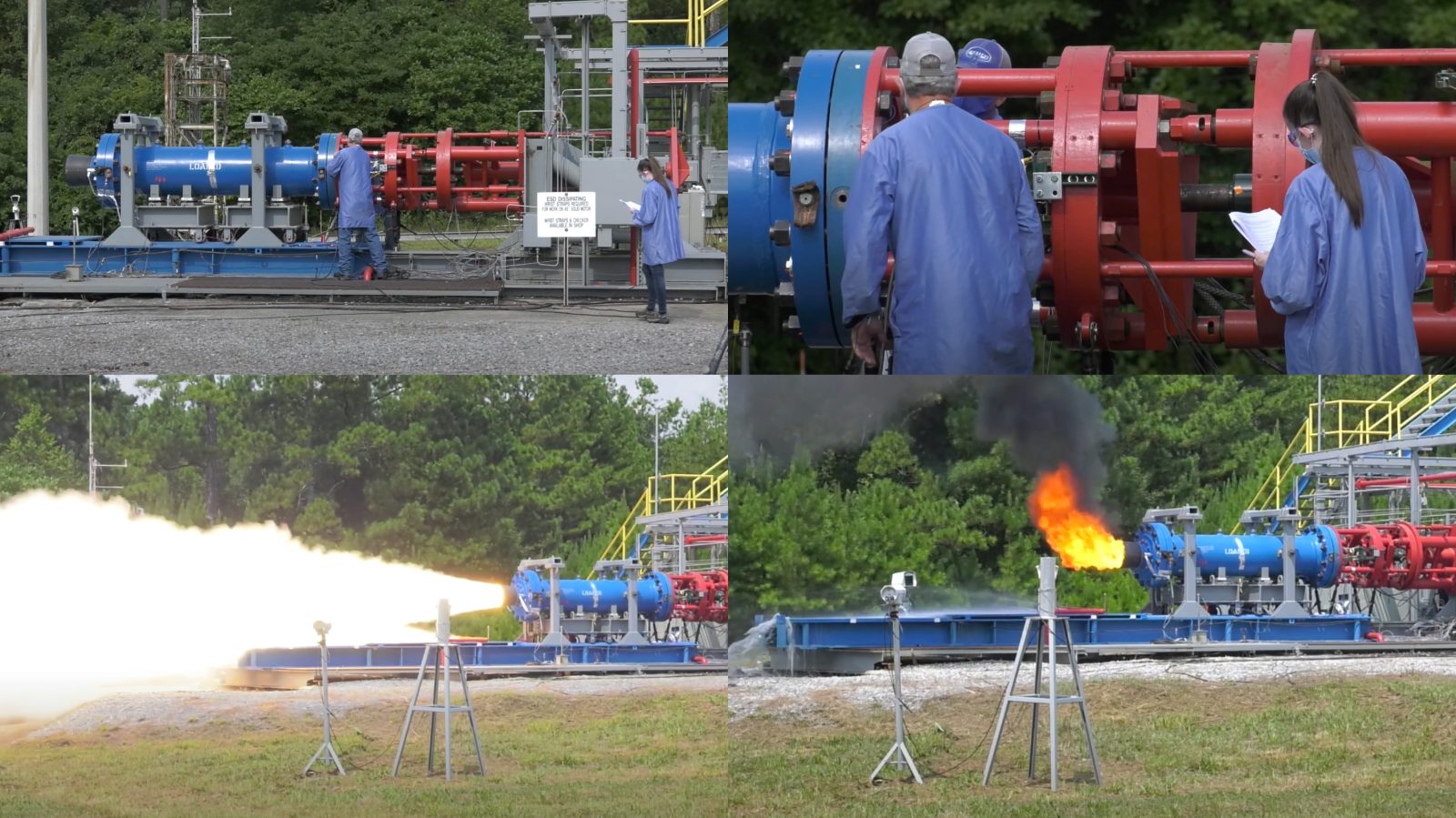 NASA will soon return astronauts to the Moon using an all-new vehicle called Space Launch System. Using a rocket that has never flown before requires lots of testing, as you can imagine, and many of those tests are quite dramatic — even if NASA is just testing some new soap.

Engineers at NASA’s Marshall Space Flight Center in Huntsville, Alabama, conducted a 22-second long hot fire test on August 6 to evaluate a new solvent for “booster nozzle cleaning that may be used on future SLS rocket boosters,” according to the space agency.

Testing something as seemingly simple as a new solvent requires firing a small-scale booster to avoid any unexpected issues during takeoff. Issues caused by changes in cleaning materials during manufacturing aren’t the types of things you want to discover during a mission — especially if an astronaut crew is involved.

Such material changes are checked out in phases from sub-scale to full-scale tests and this 24-inch motor was a significant step in that process. Using a 24-inch-diameter, 20-foot-long sub-scale test motor that burned nearly 1,800 pounds of propellant and produced 23,000 pounds of thrust, the team collected data to help verify use of the solvent on future SLS flights beyond Artemis III.

In the meantime, enjoy this incredible flamethrower in action: