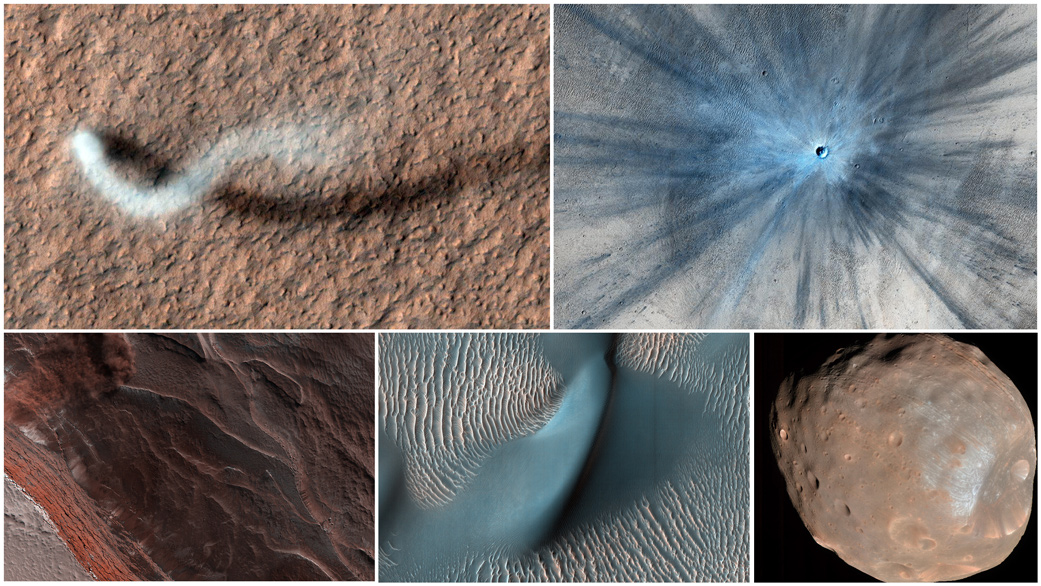 One of the cameras in MRO, the Mars Color Imager, is a fisheye lens that produces a daily global view of the planet. NASA can also take black-and-white terrain shots with a 19-mile-wide Context Camera (CTX), while the High-Resolution Imaging Science Experiment (HiRISE) uses images from the other two cameras as a base for producing high-resolution photos.

Able to zoom in on surface features at the highest resolution, the detailed, color images from HiRISE have captured dramatic scenes of nature: tumbling avalanches, skyscraping dust devils, and other features of a changing landscape. The camera has also provided images of other NASA spacecraft at Mars, like the Curiosity and Opportunity rovers. MRO has even flipped itself around to point HiRISE out at Earth and Phobos, one of Mars’ two moons.

According to NASA, the HiRISE camera itself has already captured more than 6 million images, which represents more than 194 terabytes of data sent from Mars since 2006. Thanks to these three cameras, we can now see the following pictures from Mars:

The photos reveal the results of dust storms on Mars, avalanches, the impact of meteors that hit the surface of the planet, and even a photo of the Earth and our Moon.

You can find more details about each picture captured by Mars Reconnaissance Orbiter on NASA’s website.