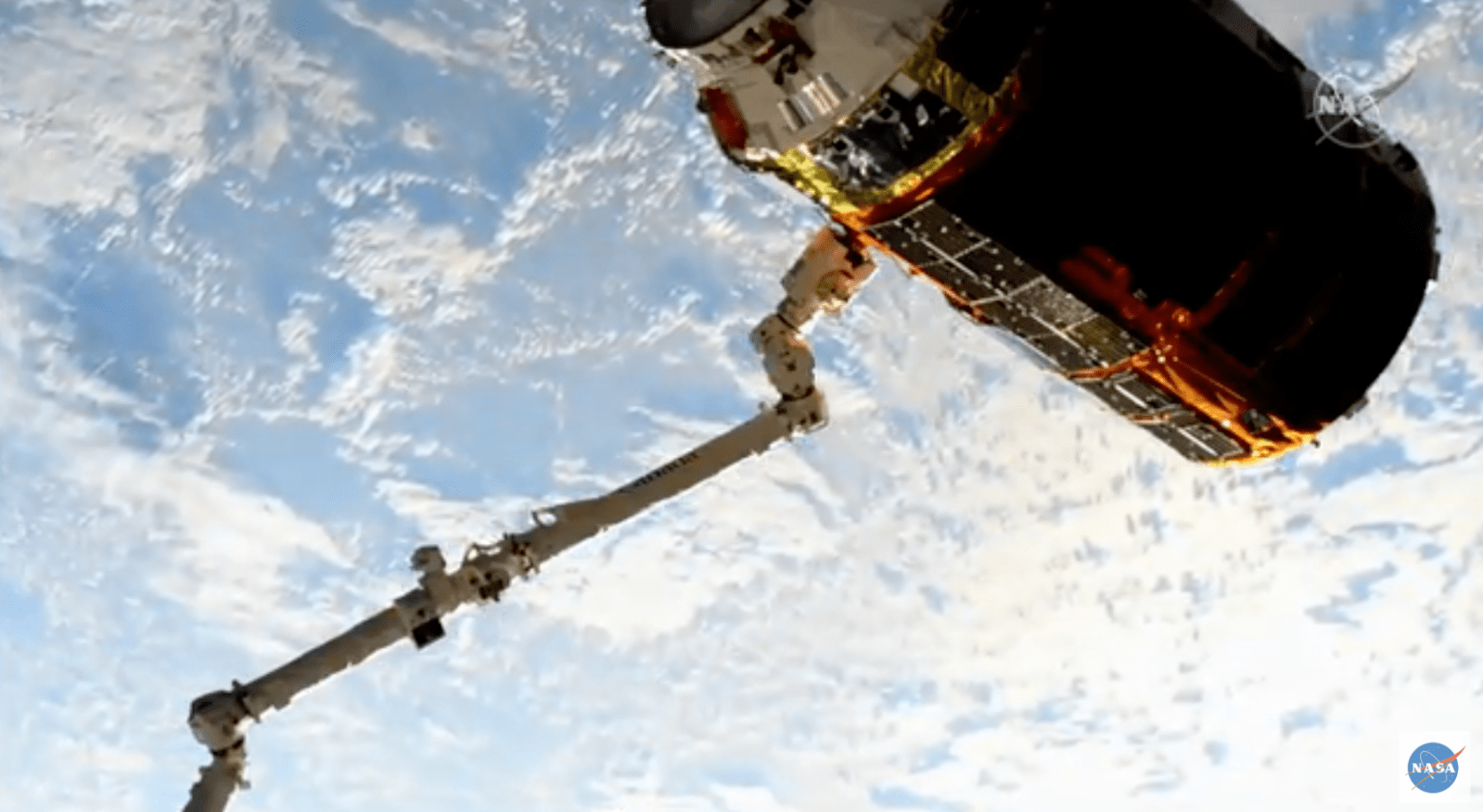 The Japan Aerospace Exploration Agency’s HTV-9 spacecraft will depart from the International Space Station for one last time today before the next generation of transfer cargo vehicles is readied in two years.

Expedition 63 Commander Chris Cassidy of NASA will use the Canadarm2 robotic arm to release the spacecraft from the station at 1:35 p.m., ending its three-month stay. To prepare for release, flight controllers operating from NASA’s Mission Control Center at the agency’s Johnson Space Center in Houston will send commands to unbolt and detach the uncrewed cargo craft from the station’s Harmony module and remotely operate Canadarm2 to move it into place for departure. […]

HTV-9 will be commanded by JAXA flight controllers at its HTV control center in Tsukuba, Japan, to move away from the station and, on Aug. 20, to fire its deorbit engine in a burn that will send it back into Earth’s atmosphere. Loaded with trash from the space station, the spacecraft will burn up harmlessly over the Pacific Ocean.

HTV-X, the next-generation transfer cargo vehicle from JAXA, is expected to launch in 2022.