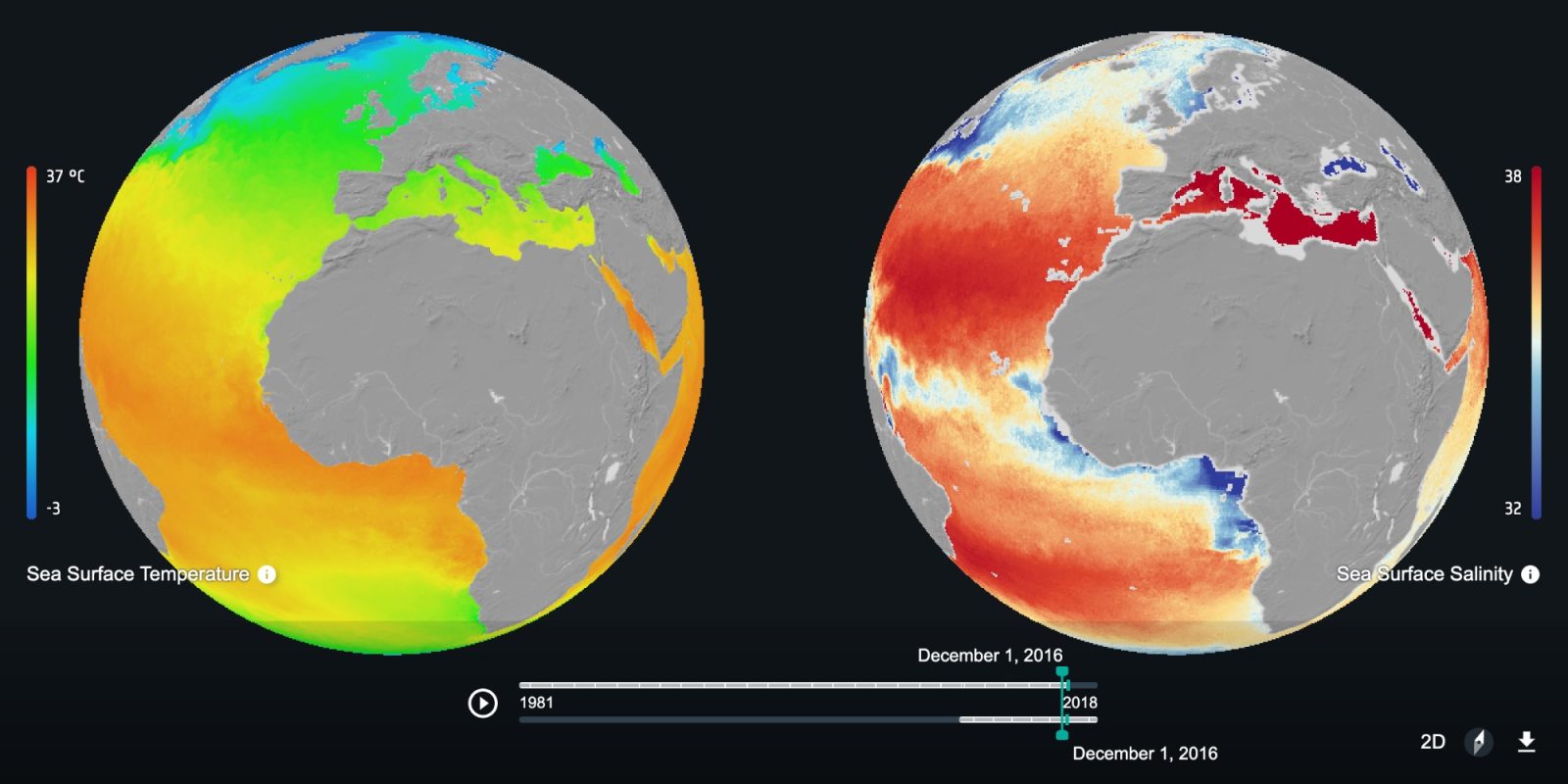 ‘Climate from Space’ is a new and interactive online tool for visualizing how Earth’s climate has changed over the last five decades. Built by the European Space Agency, the new website relies on data collected by Earth-orbiting satellites from the 1970s to present day. ESA’s Climate Change initiative composed the data from 21 suites of climate data records.

ESA says these same collections of data are used by the United Nations Framework Convention on Climate Change (UNFCCC) and Intergovernmental Panel on Climate Change (IPCC), and include “sea level, sea surface temperature, soil moisture, snow depth and the greenhouse gases, carbon dioxide and methane, as well as new visualisations for the latest climate variables records such as permafrost and lakes.”

While climate change can be difficult for some to understand from a hyperlocal perspective in real time, the global view with the context of 50 years of data shows undeniable truths.

From the vantage point of space, users can see for themselves how atmospheric greenhouse gases are rising, glaciers are retreating, and ice sheets are diminishing; and explore patterns of wildfires from the Arctic Circle, to the Amazon rainforest, and across the Australian bush.

The space agency promises to provide school lesson courses based on the ‘Climate from Space’ data set later this year. For now, visitors can go deeper with the Open Data Portal that’s composed of 250 terabytes of data from ESA’s scientists who study climate change. Check out ‘Climate from Space’ here.