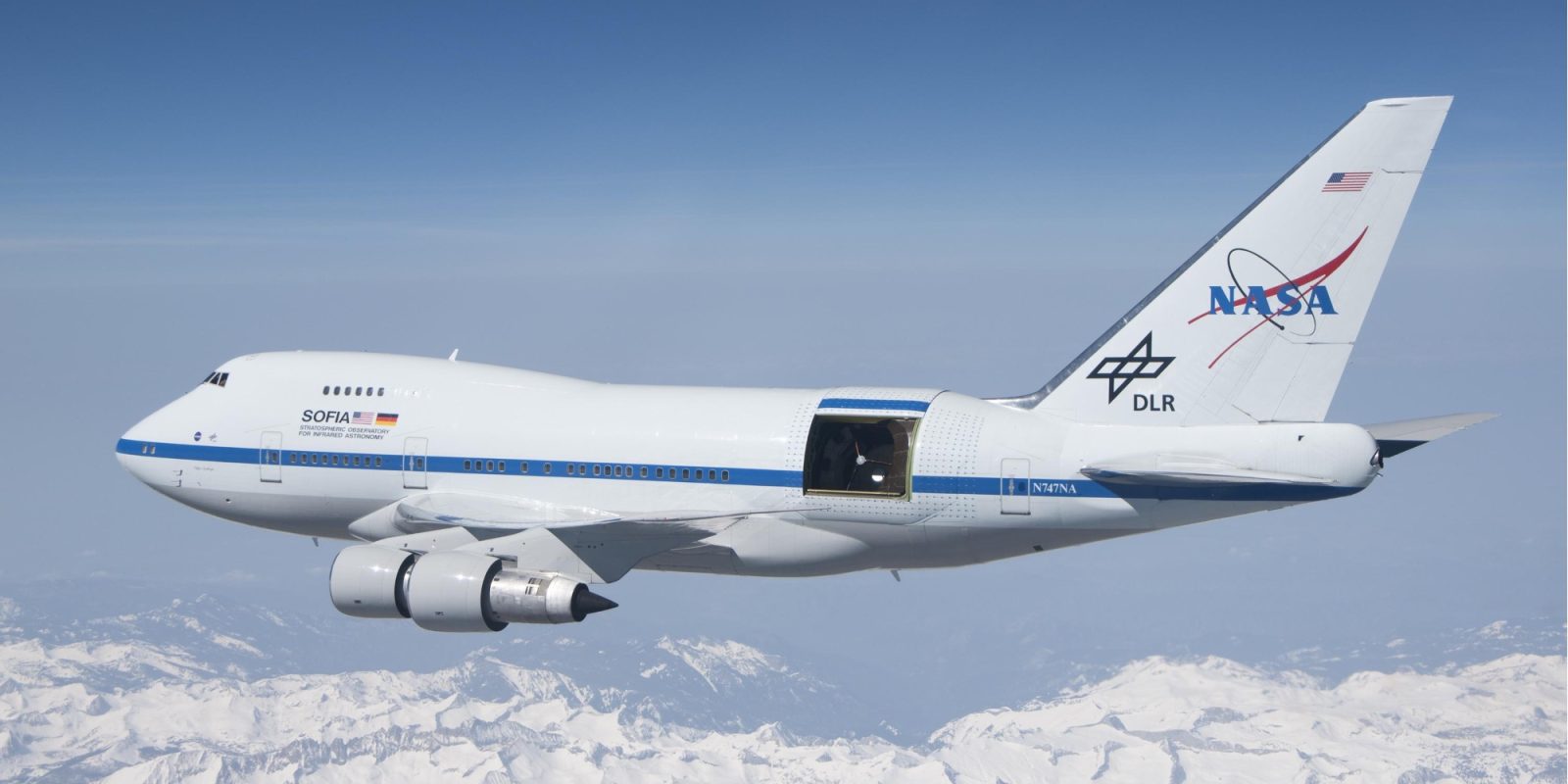 How is this for a tantalizing teaser? NASA plans to announce a new discovery about Earth’s Moon on Monday, October 26. No details on what the announcement will include beyond ‘new science details,’ but the discovery is credited to NASA’s custom 747 named SOFIA.

The Stratospheric Observatory for Infrared Astronomy, or SOFIA for short, is a modified Boeing 747SP aircraft that carries a 2.7-meter reflective telescope to observe space from up to 45,000 feet high. The 38,000 feet and higher altitude is significant for being above 99% of Earth’s infrared-blocking atmosphere.

SOFIA is designed to observe the infrared universe. Many objects in space emit almost all their energy at infrared wavelengths and are often invisible when observed with visible light. In other cases, celestial clouds of gas and dust block the light emitted by more distant objects, but infrared energy pierces through these clouds. In both cases, the only way to learn about these objects is to study the infrared light they emit.

SOFIA completes these flights with 10-hour trips overnight, and past observations include studying star births and deaths, black holes, and more.

As for the latest discovery, NASA only shares this for now:

This new discovery contributes to NASA’s efforts to learn about the Moon in support of deep space exploration. Under NASA’s Artemis program, the agency will send the first woman and next man to the lunar surface in 2024 to prepare for our next giant leap – human exploration of Mars as early as the 2030s. Understanding the science of the Moon also helps piece together the broader history of the inner solar system.

Stay tuned for what these new scientific details learned about our Moon are on Monday.