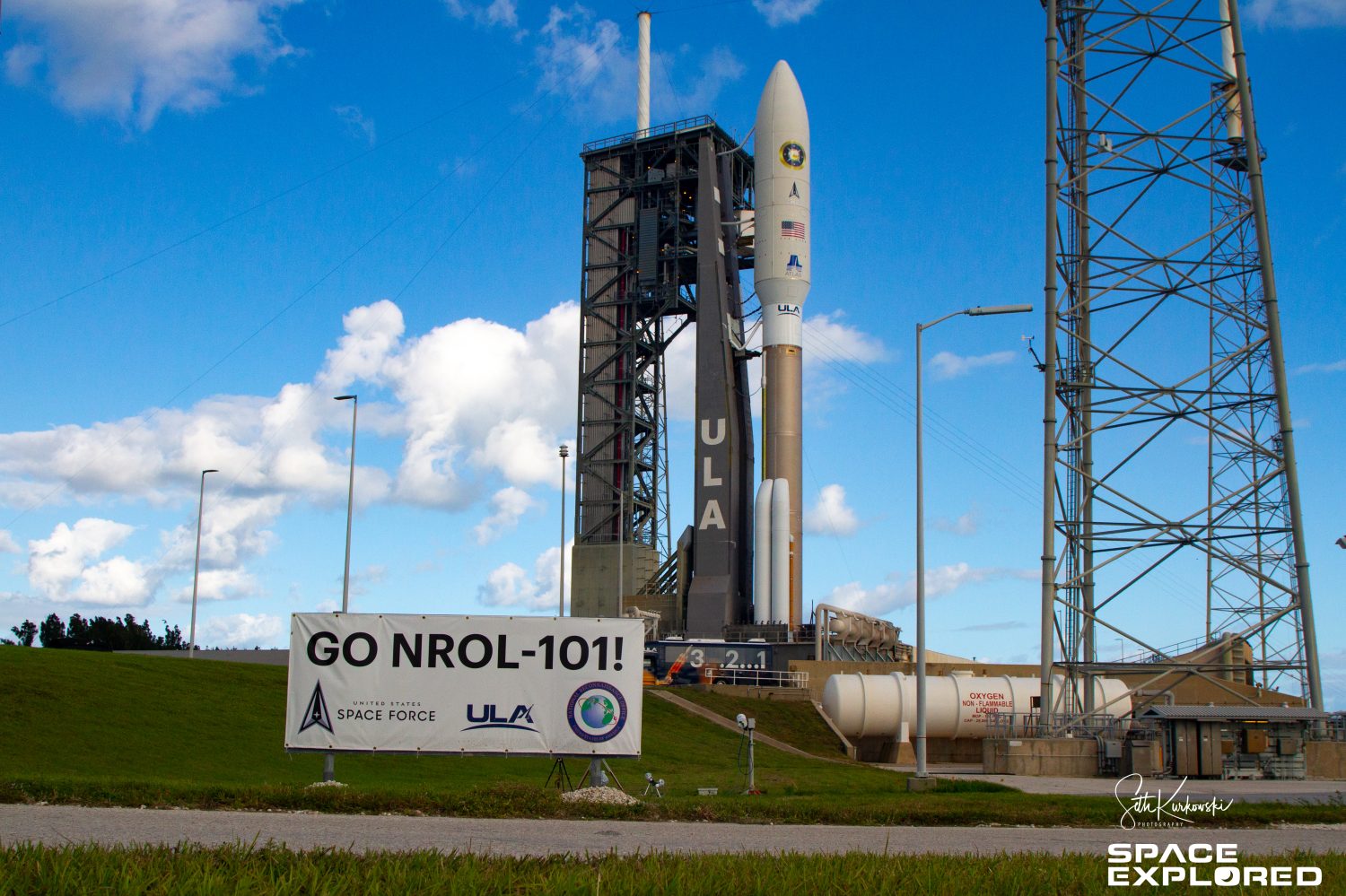 Tonight at 5:54 PM ET, United Launch Alliance intends to launch a national security mission for the National Reconnaissance Office. The countdown began today at 11:04 AM. You can track the live countdown on ULA’s site.

The 45th Weather Squadron has given the launch a 70% chance of launching with current weather conditions. The current concern is the chance of breaking ULA’s ground winds rule. Wind has been an issue this week with ULA CEO Tory Bruno tweeting the reason for the initial slippage was damage to a duct, possibly from high winds. Yesterday winds were about 15-20 knots and tonight winds are estimated to be 20-26 knots.

If ULA is able to launch their Atlas tonight, it will mark the first flight of the brand new GEM 63 solid rocket motors from Northrop Grumman. A stretched version of these boosters will be used on ULA’s next-generation Vulcan rocket. Three of them will be flown on today’s mission replacing Aerojet Rocket AJ630A solid motor Atlas has used since its first flight. Testing these SRMs on this flight will make Vulcan flight hardware to be over 90% tested with future plans to test the Vulcan payload faring on another Atlas rocket.