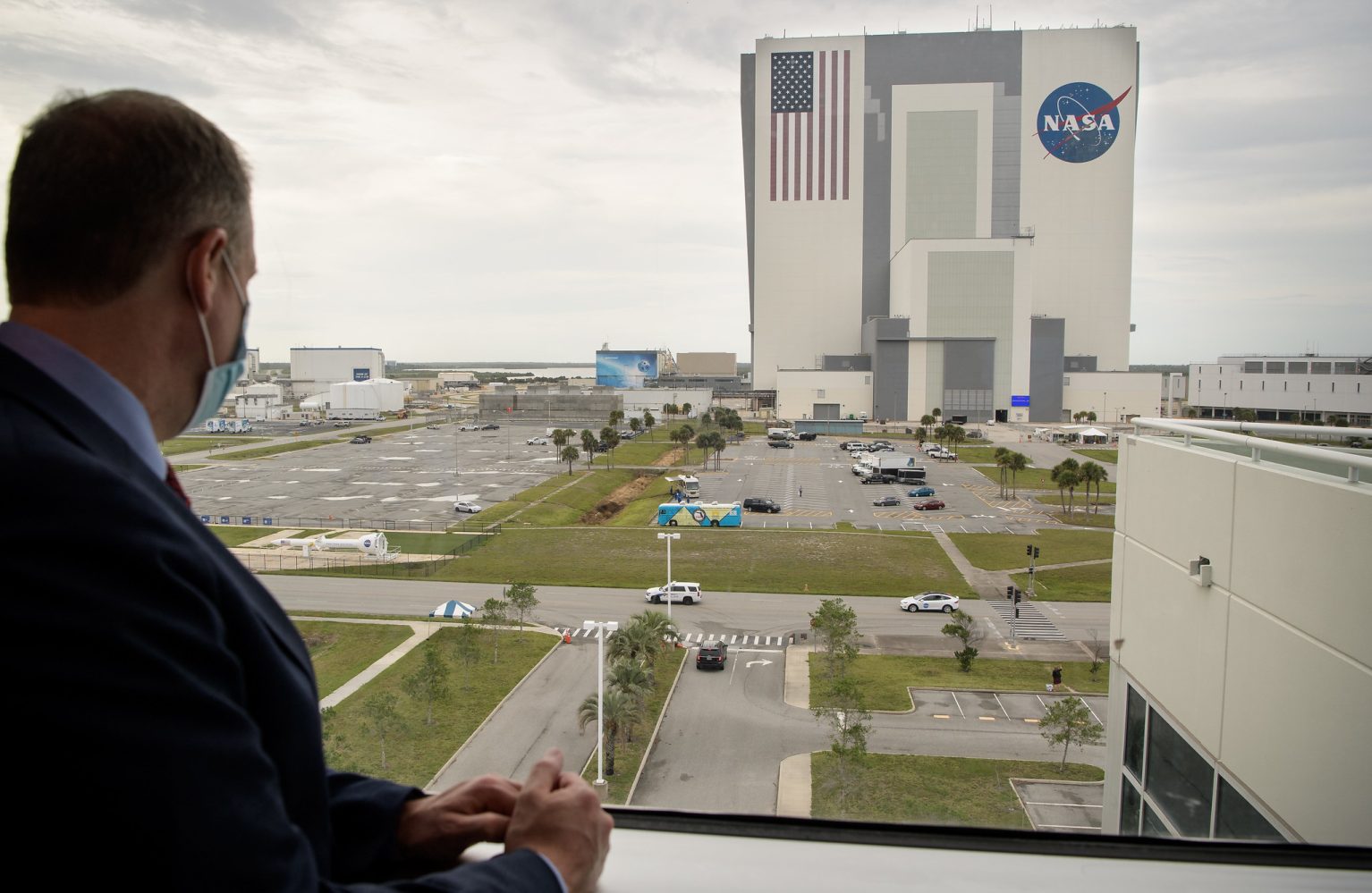 Jim Bridenstine was an unconventional choice for NASA administrator in September 2017. The former Republican congressman from Oklahoma was nominated by the Trump administration despite a lack of experience in the space industry.

A hard right voting record and an ethics investigation while serving in congress resulted in a 50-49 party-line vote between Republicans and Democrats in April 2018. The Republican-controlled Senate confirmed the former member of the House of Representatives to lead America’s space agency despite complete opposition from Democrats.

Two and a half years later, Bridenstine has solidified his place in history as a beloved NASA administrator with the political chops to advance NASA’s Artemis program through Congress. Government space programs require funding to get results, and Congress is in charge of NASA’s budget.

NASA’s funding is a fraction of a percent of the government’s overall budget, and space exploration tends to be a bipartisan issue, but spending on space is constantly scrutinized and viewed as an area of cost-cutting regardless. It’s no small ask for members of Congress to support increased spending on space programs without direct benefits to constituents in their districts.

Despite his reputation for being an effective administrator, Bridenstine’s days at NASA appear numbered as President-Elect Joe Biden prepares to take office on January 20, 2021 — 72 days, in fact.

Prior to the US election between President Donald Trump and former Vice President Joe Biden, the space community was riddled with anxiety about the fate of NASA’s administrator. If Trump won, the status quo at NASA would certainly continue. If Biden won, the newly elected president would surely want to nominate his own administrator, perhaps even the first female to fill the position.

“For that, what you need is somebody who has a close relationship with the president of the United States. You need somebody who is trusted by the administration…. including the OMB [Office of Management and Budget], the National Space Council and the National Security Council, and I think that I would not be the right person for that in a new administration,” Bridenstine said.

Bridenstine added that NASA’s Artemis program to return astronauts to the Moon has earned enough bipartisan support in Congress to see it through, but he doesn’t expect the new administration to place trust in him as their leader.

“Whoever the president is, they have to have somebody they know and trust and somebody the administration trusts. That person is not going to be me. […] This has been the greatest experience of my life by far, and I’m so grateful for it. But I am under no illusions. There are a lot of people that can do great work as the NASA administrator.”

Aviation Week adds that Bridenstine says he would not stay on as NASA administrator if asked by President-Elect Biden because a new leader could better serve NASA politically.

This is the same process that played out between the outgoing Obama administration and incoming Trump administration in 2016 and 2017. Charlie Bolden resigned, and Robert Lightfoot replaced him through Bridenstine’s eventual nomination and confirmation.

As NASA astronaut Shannon Walker put it today during a Crew-1 press briefing, “It is customary for most people in the administration to submit their resignations.” She added that she expects NASA will “continue on with our Artemis mission, and just keep doing what we’ve been doing at NASA because that’s what we do.”

So that’s really it?

So the NASA administrator change will just be business as usual; it’s not explicitly political, and it’s certainly not personal. But Bridenstine, as we all understand, is not your usual NASA administrator. He’s a former politician with a knack for political speak.

That’s been a gift (and a rare criticism) when selling the public on the Artemis program and NASA’s plans to return to the Moon. (NASA sometimes associates newsworthy developments with Artemis that will have no material connection.)

For this reason, my interpretation of Bridenstine’s statements don’t explicitly close the door on his time at NASA continuing beyond January 20, 2021. Bridenstine is a recovering politician, and the political norm is to rule out overtly positioning yourself for a role to which being appointed is required.

No politician ever publicly says they’re running for role of vice president of the United States, and some politicians insist they have no plans to leave their current position for a hypothetical position.

My belief is that when a president asks you to serve, the weight of that request forces you to reconsider publicly held positions stated for political politeness.

Biden reportedly has his heart set on appointing the first female NASA administrator, and there’s already a list of qualified women to push NASA to send the first woman to the Moon under the Artemis program.

Politico reported these contenders prior to the election:

Others in consideration include Wanda Sigur, a former Lockheed Martin executive who worked on the Orion deep space capsule; Wanda Austin, a former CEO of the Aerospace Corporation; Gretchen McClain, who serves on the board of Booz Allen Hamilton; and Waleed Abdalati, a former chief scientist at NASA, according to the industry official.

It’s also true that Biden’s nominee for NASA administrator will need to be confirmed by a Republican-controlled Senate. Bridenstine would be the least controversial and most bipartisan person to serve in the NASA administrator role before a new nominee was confirmed in the Senate.

The counter-argument is that a Republican-controlled Senate may not prioritize holding hearings for any new NASA administrator nominee if Bridenstine was asked to stay in the interim. This would force the Biden administration to resort to a different interim pick.

(Democrats hope to flip two Senate seats in January run-off elections in Georgia, a state that Biden flipped in the presidential election. These seats are needed for Democrats to take control of the Senate, although both races may be uphill battles for Democrats.)

Forgoing the interim administrator appointment and ensuring a direct handoff between Bridenstine and his Senate-confirmed successor may be what’s best for the Artemis program and NASA.

We know that current leadership at NASA is functional and works well together. An administrative change is also part of the normal process, and NASA has a number of effective and public facing leaders across the agency. Minimizing the amount of administrative change necessary at NASA while the Artemis program matures seems reasonable.

Bridenstine support is found broadly in the space community, and extending his time at the helm could be an effective way of reducing concerns about program cuts and changes in the space program. Whaddya say, Joe and Jim? Can we work together for a little while?