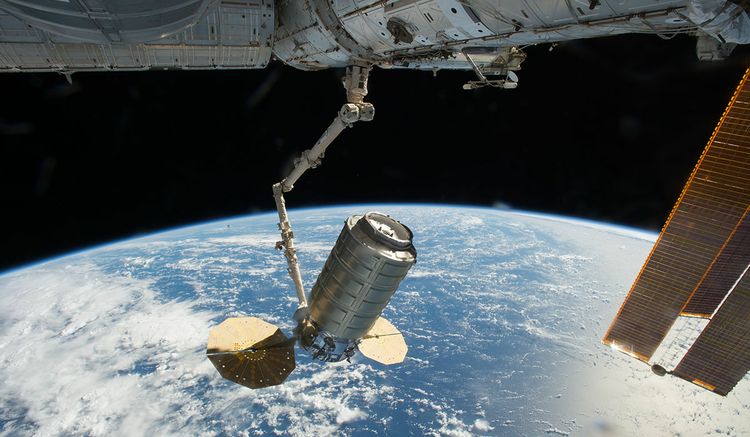 Since 2012 SpaceX and Northrop Grumman (then Orbital ATK) have been providing supplies to the International Space Station. The first CRS contract brought us rockets like the Antares and Falcon 9 and without this funding, neither would exist. Today NASA continues that venture to build up the private space sector with the CRS-2 contract.

CRS-2 guaranteed 6 flights for each winner as well as 1 test flight for the DreamChaser. These flights will provide regular service of supplies to the ISS all the way out to 2026. Northrop Grumman who acquired the contract from Orbital ATK began these flights back in November of 2019 and will finish their 6 in early 2022. This compared to SpaceX which will be just starting its CRS-2 launches next month and SNC not starting till late 2021.

Northrop Grumman announced today that they were awarded two more missions in the CRS-2 contract, bringing their total to 8 instead of 6. Most likely this is to guarantee a more redundant supply chain in case SpaceX or the newcomer SNC have any issues.

“As a trusted and reliable partner to NASA, Northrop Grumman has played a critical role in keeping the International Space Station operational since 2014, With these additional flights to the orbiting laboratory, we will provide services to both NASA and our commercial partners and continue to use Cygnus not as just a cargo delivery and disposal vehicle, but as a platform for science and technology research, and development opportunities.”

These two flights are a big boost for the teams that work on Cygnus and Antares. With no announcement yet of a CRS-3 contract proposal and what seems to be no interest in the commercial market for Antares, these two launches push the lifespan of the Antares and Cygnus a few more years. Combined these two Cygnus flights will carry about 16,500 pounds to the ISS supporting one of the most important scientific laboratories in the universe.