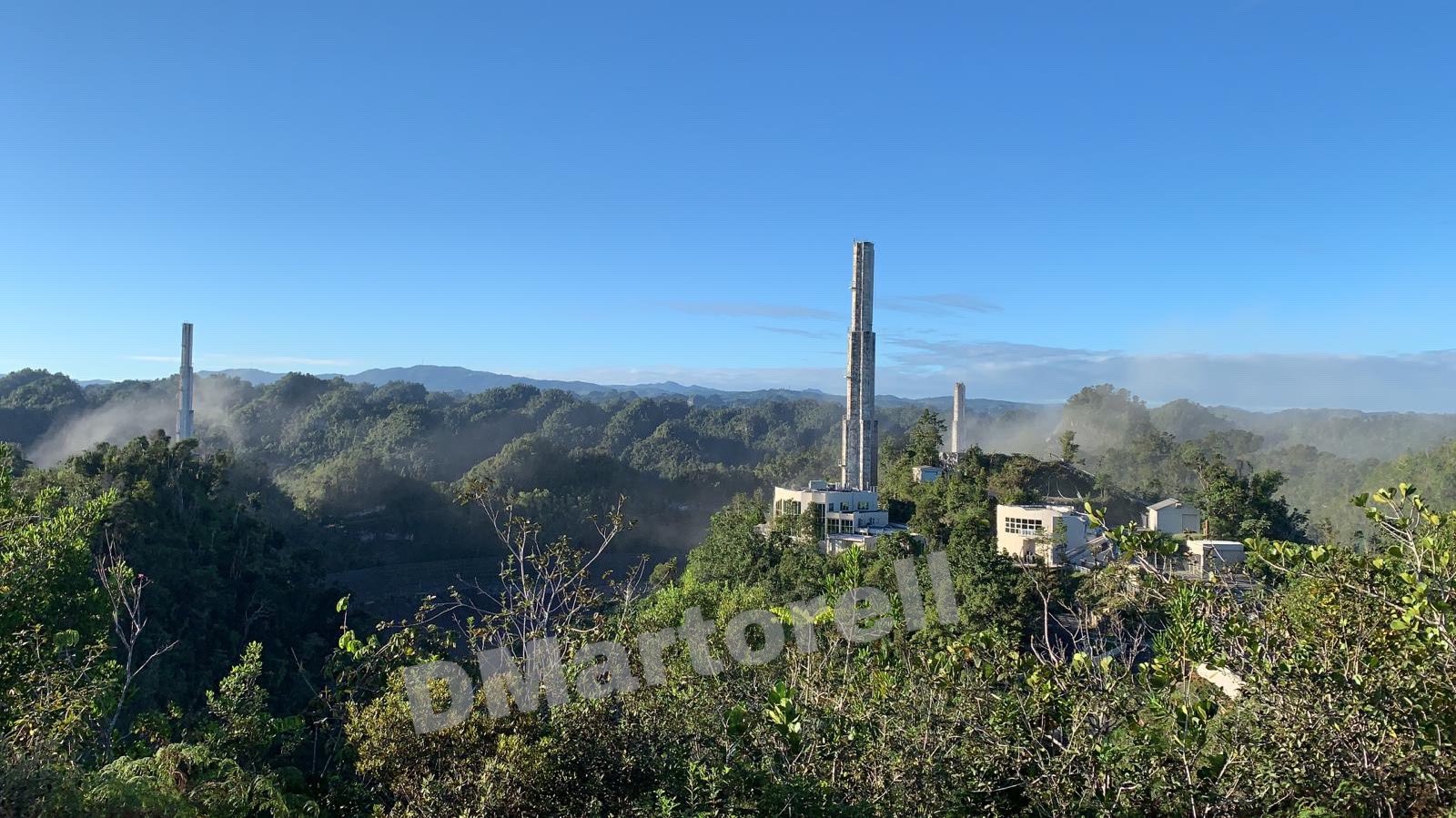 December 3, 2020: Updated with drone footage of the collapse provided by NSF.

The Arecibo radio telescope in Puerto Rico sadly met its ultimate demise overnight when the observatory collapsed. It was already going to be permanently closed due to damage sustained in August. A beating from Hurricane Maria three years prior originally put the observatory in bad shape. Then an auxiliary cable that supported the 900-ton instrument platform snapped and damaged the reflector dish underneath earlier this year.

Ultimately, one of the main cables supporting the platform broke in November, and that caused the National Science Foundation (NSF), which owns the observatory, to deem it too dangerous for engineers and staff to repair. Built inside of a sinkhole, the Arecibo radio telescope was one of the most powerful telescopes for tracking near earth objects. It primarily gathered data from asteroids that NASA believed could hit earth in the near future.

Prior to the collapse, a White House petition was created to pressure the National Science Foundation to bring in an outside group to stabilize the 900-ton platform before it collapsed. As of this writing, the petition has over 40,000 signatures.

The telescope was loved by many in the science community and featured in movies including Contact and GoldenEye; losing it is a big loss.

In the world of space and astronomy, Arecibo means different things to everyone, but at the heart, it seems to hit the same for us all — this telescope meant a level of access to the cosmos that we simply can’t find anywhere else.

The National Science Foundation planned to reopen the observatory’s visitors’ center and remaining scientific assets, but currently it is unknown what damage the collapse of the center platform could have caused.

“As we move forward, we will be looking for ways to assist the scientific community and maintain our strong relationship with the people of Puerto Rico,” the National Science Foundation shared this morning while confirming what researchers feared would happen.

NASA will now have to move more of its research to other facilities around the US. NASA has another facility at Goldstone Observatory in California; the facility just reopened after an upgrade to amplify its signals.

There are several issues with using Goldstone that Arecibo didn’t have to contend with. First, Goldstone is near military restricted airspace that requires coordination for using radio observations. Goldstone is also smaller and not as powerful as Arecibo was.

Lindley Johnson, director of NASA’s Planetary Defense Coordination Office, says there is still hope, however. While we might have lost an icon, he says that this could open up a new road for the “next generation of planetary radar capabilities.”

Johnson mentioned a potential partnership with the US Space Force for a possible successor to the fallen telescope. The newest branch of the military has an interest in a telescope that could track objects that orbit between the Earth and the Moon.

Technology has moved on from 30 years ago. We need to take advantage of the new technologies.

In the future, we could see a NASA-DoD partnership in the creation of a more powerful, more capable radio telescope that will be able to shoot us further into the cosmos and hopefully inspire interest in interplanetary research.

December 3, 2020: NSF has released this video footage of the collapse.

The NSF gave an update to the media about their plans to move forward with the Arecibo Observatory after the collapse of the central platform. A big relief to many was that the NSF and the University of Central Florida are not planning on closing the facility and want to do everything in its power to support it. Arecibo received money to make repairs to the observatory after Hurricane Maria damaged it in 2017; it is unclear what will happen to the amounts earmarked for telescope repairs now that it is destroyed.

NSF stated its current priority when it comes to clean-up is the safety of those who work there. It didn’t state if they are looking at replacing the historic telescope. It doesn’t look like repairs are part of the future of the telescope, and the process that NSF and Congress have for the construction of new facilities will take several years to plan.