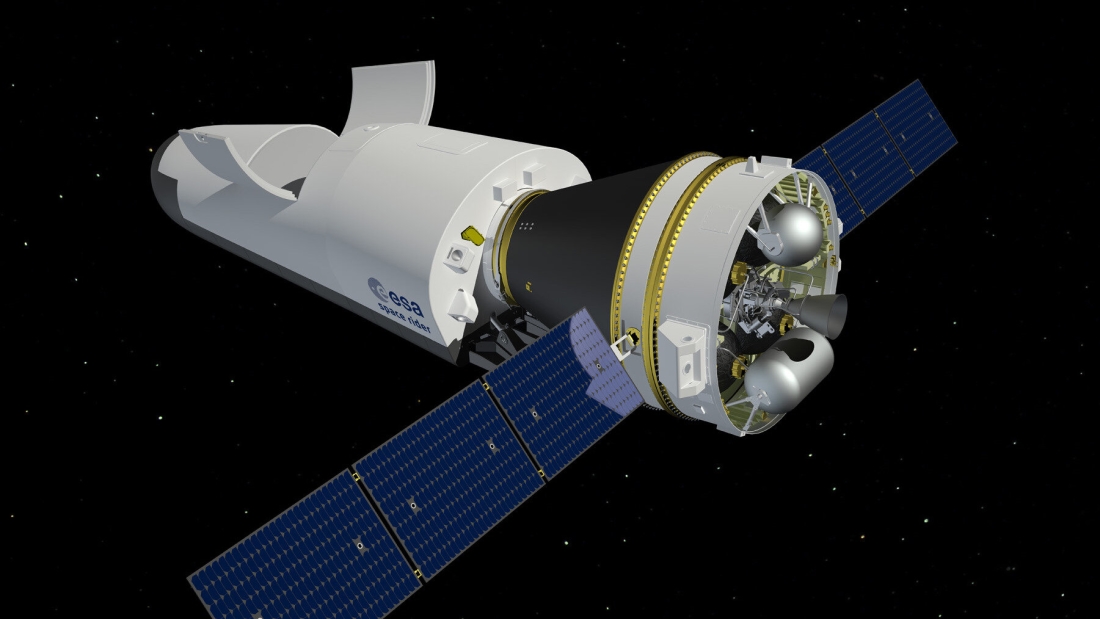 The European Space Agency is developing a low Earth orbit transportation system called Space Rider, and this month plans for the reusable spacecraft have started to come together. ESA describes the future system as an “uncrewed robotic laboratory about the size of two minivans” that will launch on a Vega C rocket and stay in orbit for up to two months.

Experiments inside its cargo bay will allow technology demonstration and benefit research in pharmaceutics, biomedicine, biology and physical science. At the end of its mission, Space Rider will return to Earth with its payloads and land on a runway to be unloaded and refurbished for another flight.

While Space Rider is still in the planning stages, ESA marks two contracts signed in December that promise progress on Europe’s reusable spaceplane.

ESA signed two contracts with industry on 9 December at Palazzo Chigi in Rome, Italy in the presence of Italian government representatives. The first contract is for delivery of the Space Rider flight model including the reentry module and the AVUM orbital service module, by co-prime contractors: Thales Alenia Space Italy and Avio. The second contract covers the delivery of the ground segment by Italian co-prime contractors: Telespazio and Altec.

Space Rider is expected to launch from French Guiana on a Vega C rocket in the fall of 2023. Landing sites in French Guiana (primary) and Portugal (high altitude inclination orbits) are planned for Space Rider. ESA says initial payload selection should be complete by the first quarter of 2021.

This animation from 2019 portrays Space Rider’s route to orbit: