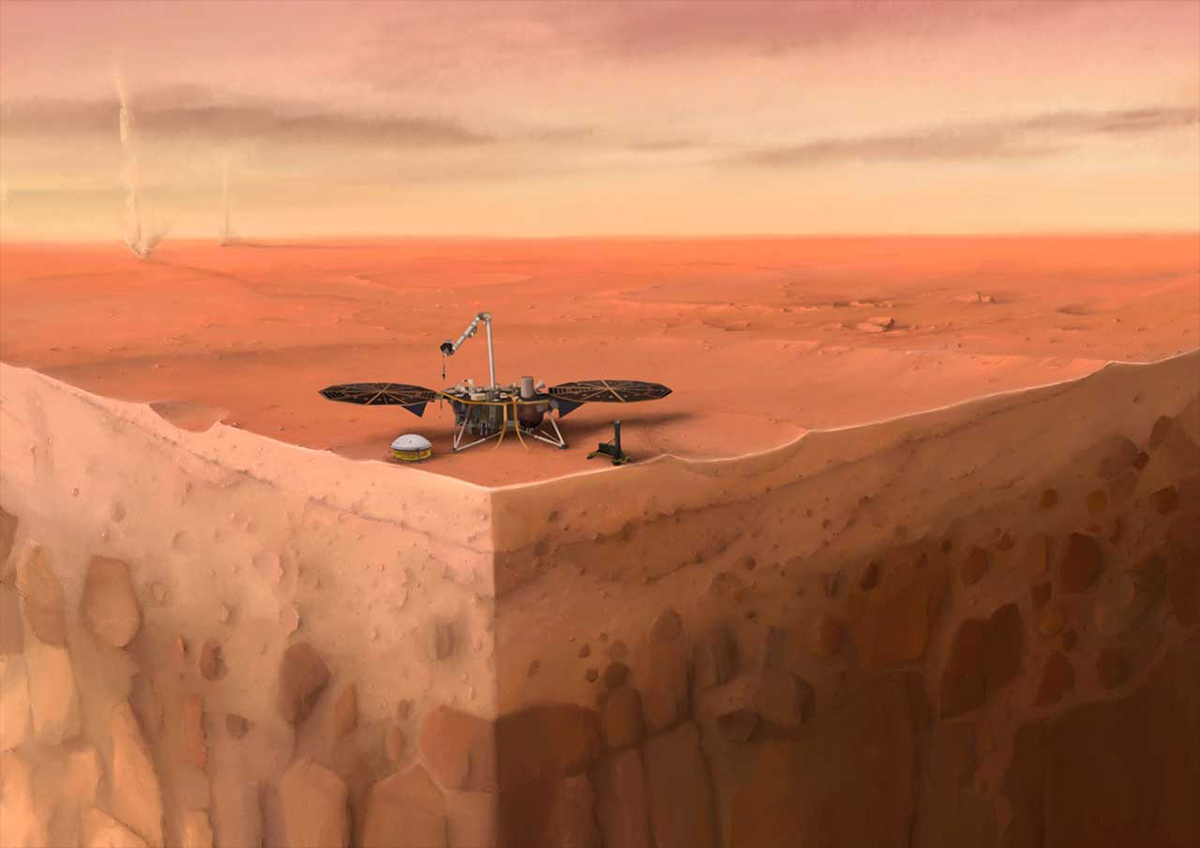 NASA’s InSight lander was launched back in 2018 from Vandenberg Air Force Base on an Atlas V rocket and was the first interplanetary mission from California. The lander made it safely to the surface of Mars on November 26, carrying new experiments to learn more about Mars subsurface science.

The two big experiments that took the ride to the Red Planet were a seismometer and “self-hammering nail” to study the thermal properties below the surface of Mars nicknamed “the mole”. The mole ran into problems almost right away after it was lifted off the top of the lander and placed on the ground in late 2019.

The mole was designed based on the how the Martian surface has been seen by other missions to Mars, although the soil in the location InSight landed turned out to be very different than found elsewhere. To work properly, the mole needs soil to flow around itself freely, but the surface in this spot clumps together and doesn’t allow the mole to move downward.

NASA attempted to save the mole by using the robotic arm to manipulate the soil around it and even physically push the mole down into the ground to help it get a head start.

Sadly, the team leading the lander shared today that they attempted their final try to get the mole to continue digging down. It failed and they are officially ending the experiment to focus more time on the other experiments that came with the lander.

“We’ve given it everything we’ve got, but Mars and our heroic mole remain incompatible. Fortunately, we’ve learned a lot that will benefit future missions that attempt to dig into the subsurface.”

This continues to prove that space exploration is a difficult task and even on a well explored planet like Mars, we still don’t know everything about the properties of its soil. As long as systems continue to operate normally, NASA has extended its mission to December 2022 to continue ground research and learn more about Mars’ subsurface tendencies.