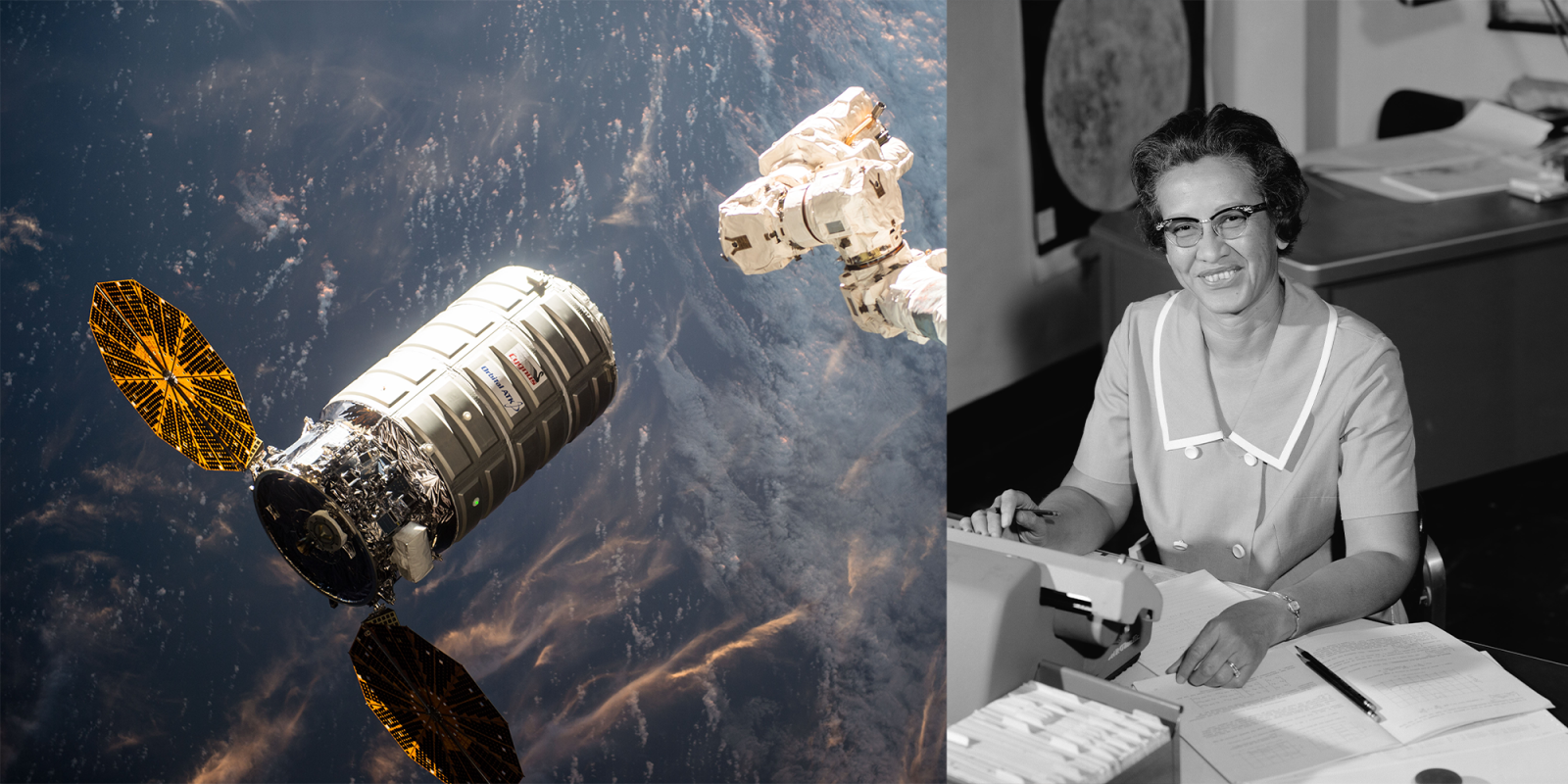 Cygnus continues a tradition in naming their spacecraft after people that have made great contributions to the spaceflight industry either as engineers or astronauts. With the upcoming launch slated to take place February 20th, Northrop Grumman named its next mission after the great mathematician Katherine Johnson.

Katherine Johnson joined the National Advisory Committee for Aviation’s (NACA) Space Task Group, which later became NASA, as a “human computer”. She computed trajectories, launch windows, and other orbital mechanic calculations for some of the nation’s biggest mission like Alan Shepard and John Glenn’s Mercury flights and Apollo 11.

Johnson was the first African-American woman to be hired as a scientist at NASA and continued to break down racial and gender barriers, becoming the best at what she did at the agency. She later went on to become the first women to co-author a paper and receive credit for it at NASA, was awarded the Presidential Medal of Freedom by President Obama in 2015, and the following year had a building named after her at NASA’s Langley Research Center.

Northrop Grumman’s 15th Cygnus spacecraft will bare her name as it launches from the Mid-Atlantic Regional Spaceport (MARS) on top of Antares rocket to resupply the International Space Station. It will carry 3,719 kg (8,200 lb) of cargo to the station for use in experiments or as food.

Johnson’s story is told out in the Oscar nominated film Hidden Figures which came out back in 2016. Johnson passed away at the age of 101 last year on November 24th. Astronauts rode to space on her work and she is a staple with how far someone can go no matter the adversity if you work hard and push for what you believe in.