Stratolaunch takes Roc aircraft for a second flight around Mojave 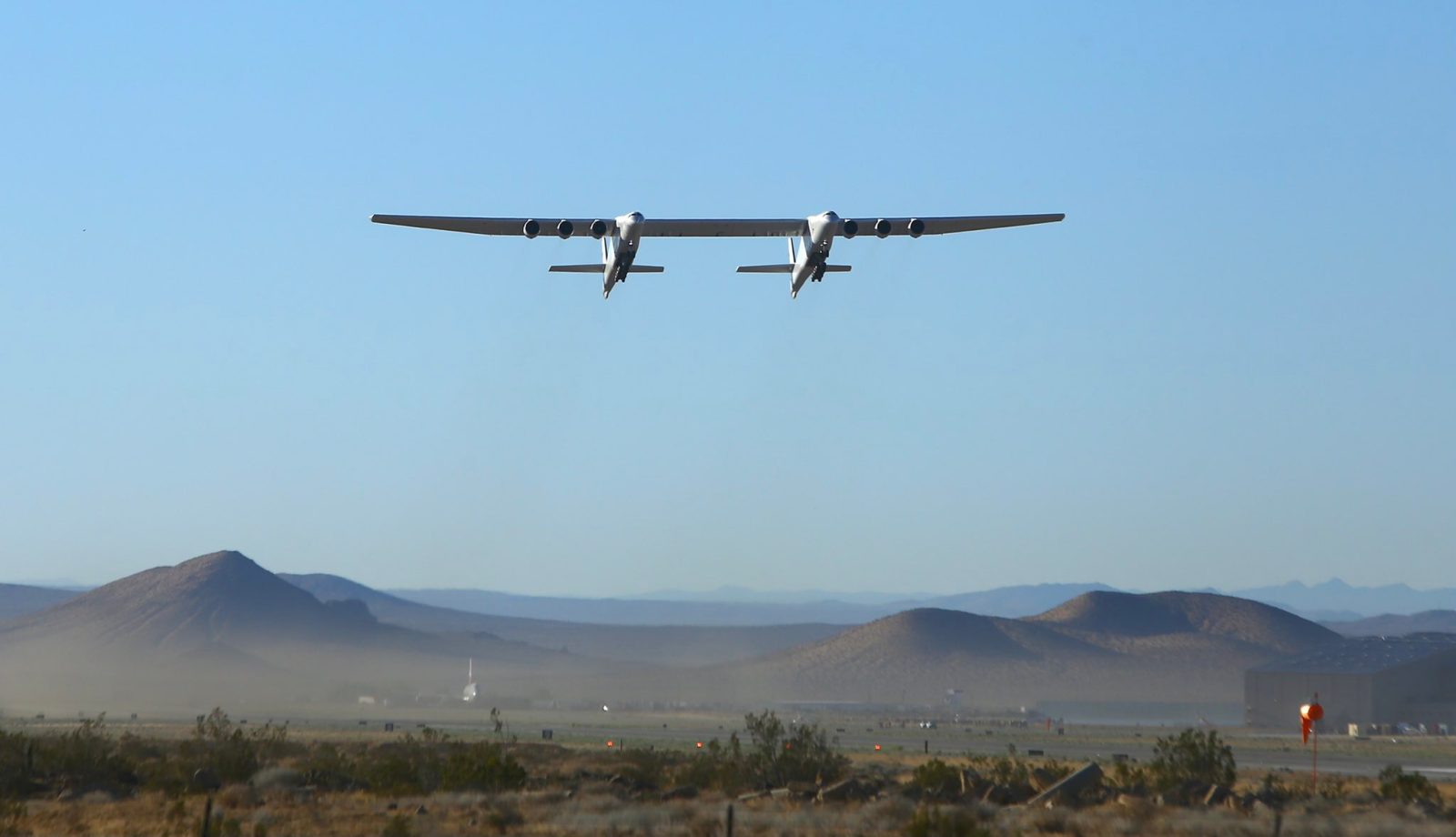 Roc is described by Stratolaunch as a ‘Mobile, Multi-Vehicle Launch Platform’. Manufactured by Scaled Composites, the aircraft is a twin-fuselage design much like Virgin Galactic’s White Knight Two. Powered by six Boeing 747 engines and with a wingspan of 117 m (385 ft), almost 20 m (65 ft) wider than the famous Hughes H-4 Hercules (AKA the Spruce Goose), the aircraft can carry around 225,000 kg (500,000 lbs) of payload under its center wing.

Roc’s first flight was on April 13, 2019. Since then there has been a change in ownership and many questions left unanswered. But this year the aircraft started to make its way out of the hanger once again for multiple taxi tests. After the two flight attempts of 2021 were scrubbed due to weather constraints the mighty Roc took to the skies once again from the Mojave Air and Space Port, just over two years since its first flight on April 28.

For over three hours Roc performed a series of flight test maneuvers over the Mojave Desert as employees and aviation enthusiasts watched on from the ground. After two low passes over the runway Roc finally touched down at 10:42 AM PDT.

Future ahead for Stratolaunch

Stratolaunch plans to use Roc as their Carrier Aircraft for hypersonic vehicle testing, but eventually also for air-launched space planes and rockets. Most recently the company shared four images of their current progress of Talon-A on Twitter.

Talon-A is intended to be a Mach 6-class vehicle to allow for more routine hypersonic testing. At 8.5 m (28 ft) in length and a wingspan of 3.4 m (11.3 ft), Talon-A is slightly smaller than the Boeing X-37B or the Sierra Nevada Dream Chaser, though these are different classes of vehicles.

Talon-1 will fly in a fully autonomous and fully reusable configuration. A one-minute powered flight will accelerate the vehicle up to Mach 6 before it glides back to a runway to land. Once operational Talon-A will be able to host various payloads internally or externally with different options such as sensors, optical windows, and instrumentation, etc.

Based on the wording of recent tweets from Stratolaunch it sounds like we should be seeing more test flights of Roc in the near future.