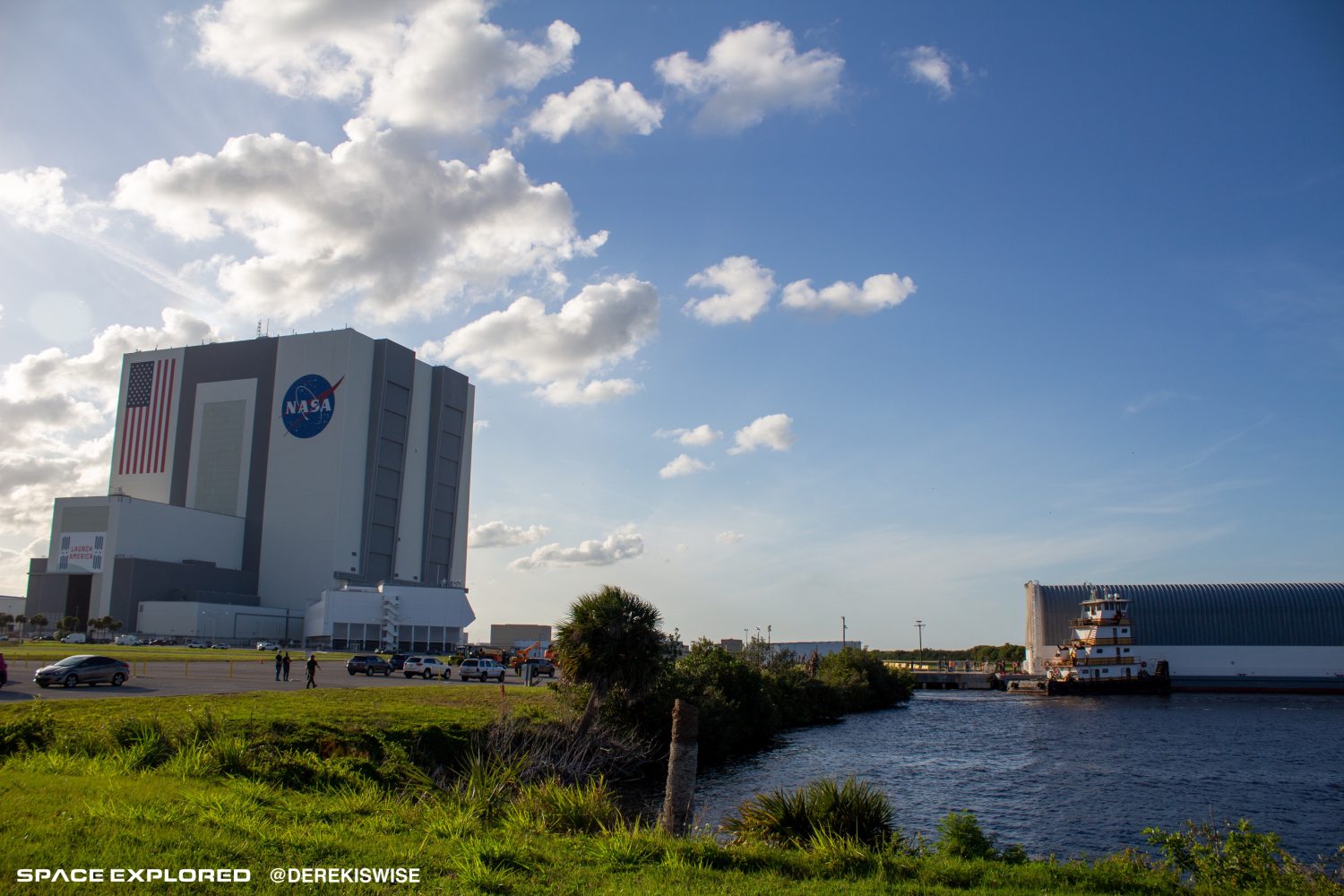 The Vehicle Assembly Building, the largest of buildings at Kennedy Space Center was built for the development of NASA’s Saturn V Moon rocket and was later used to assemble the Space Shuttle stack (Shuttle orbiter, SRBs, and external fuel tank). Now it has a new mission: assemble NASA’s newest rocket, the Space Launch System, as it gets ready to return humanity to the Moon.

The Core Stage, The giant orange part at the heart of the stack, was delivered on the Pegasus barge from Stennis Space Center in April. Since then, it has been sitting in the VAB’s massive transfer aisle, the section between the 4 high bays, going through final checkouts. Soon NASA will lift and integrate the Core Stage onto the mobile launch platform with the SRBs. NASA’s Exploration Ground Systems, the team in charge of LC-39B and the SLS when it’s at Kennedy, released a timelapse of the Core Stage getting ready for the big lift.