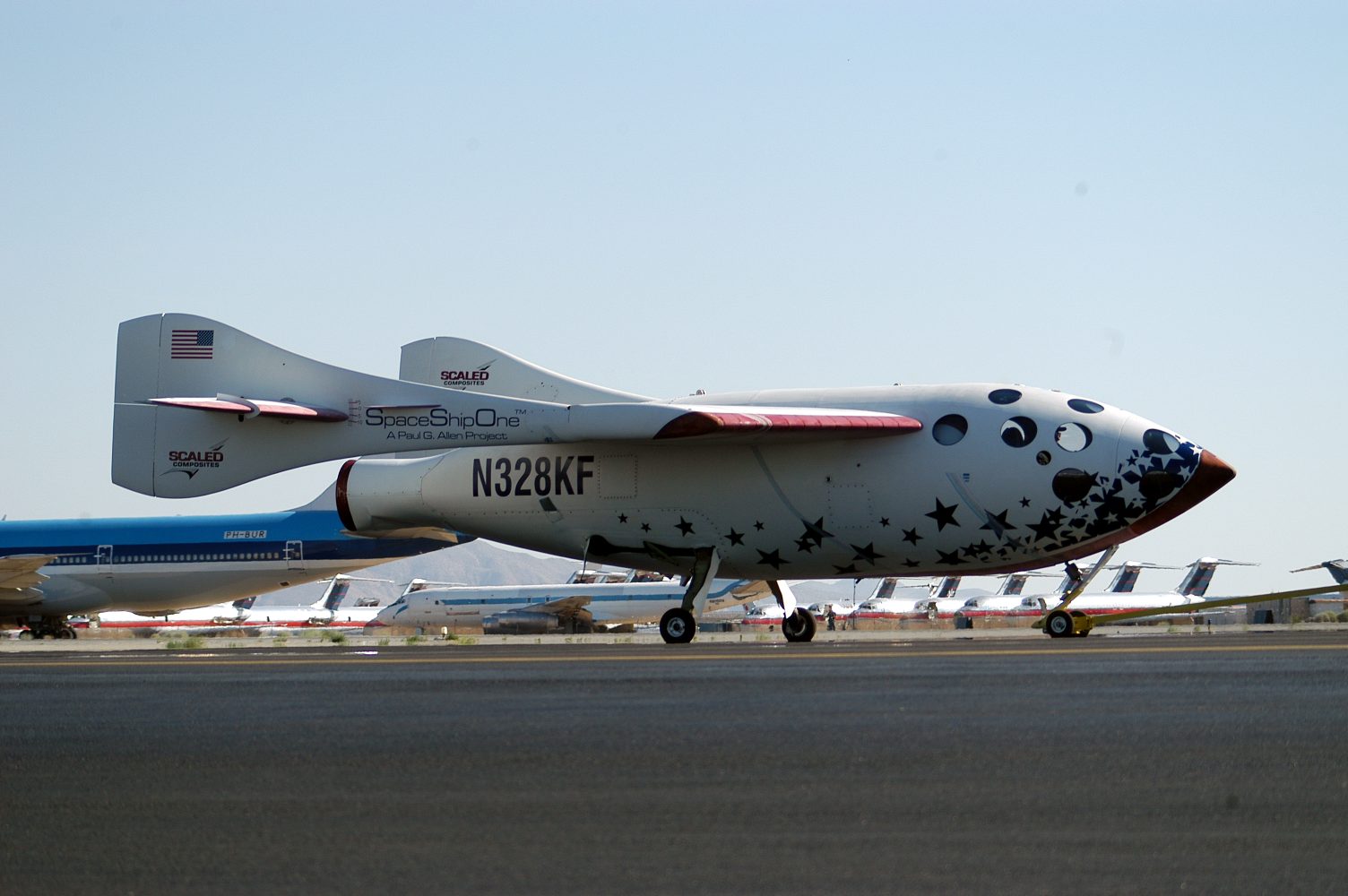 Not many companies get to say that they were able to fund the development of their spacecraft without the help of NASA or the Department of Defense, but the teams around SpaceShipOne were able to do just that. With several test flights under its wings, SpaceShipOne fired up its hybrid rocket engine for one more test flight.

This test flight had the goal to reach the 100 km Kármán Line, the internationally-recognized boundary of space. While several issues did show up during the stressful flight, the vehicle, piloted by Mike Melvill, reached 100.124 km. After this test flight, the Mojave Aerospace Ventures team went on to fly the spaceplane operationally two more times, with the goal of achieving the requirements of the Ansari X Prize. The X Prize was a competition designed to incentivize innovation in low-cost and lower-risk space travel. With these two additional flights meeting the X Prize requirements, SpaceShipOne and the team behind it were awarded the $10 million prize.

SpaceShipOne was a suborbital spaceplane that conducted 6 powered flights between 2003 and 2004. Three of those flights reached the Kármán Line. The spaceplane was carried by an aircraft called White Knight. Both White Knight and SpaceShipOne were manufactured by Scaled Composites.

It was designed to carry up to 3 crew members to an altitude above 100 km and glide down to a runway safely thereafter. The vehicle was powered by a hybrid motor, fueled by solid HTPB with liquid nitrous oxide as the oxidizer. These engines are less complex than a liquid fuel engine but are safer with more capabilities than the traditional solid rocket motors.

Where are SpaceShipOne and Scaled Composites now?

After its third suborbital spaceflight, the vehicle was retired and is now on display at the Smithsonian’s Air and Space Museum, next to the Spirit of St. Louis and the Apollo 11 command module. Scaled Composite continued to build the successor of SpaceShipOne, properly named SpaceShipTwo. A joint venture between Richard Branson’s Virgin Group and Scaled Composites named The Spaceship Company (now solely owned by the Virgin group) builds these new spaceplanes for Virgin Galactic in its mission to fly paying customers to space.