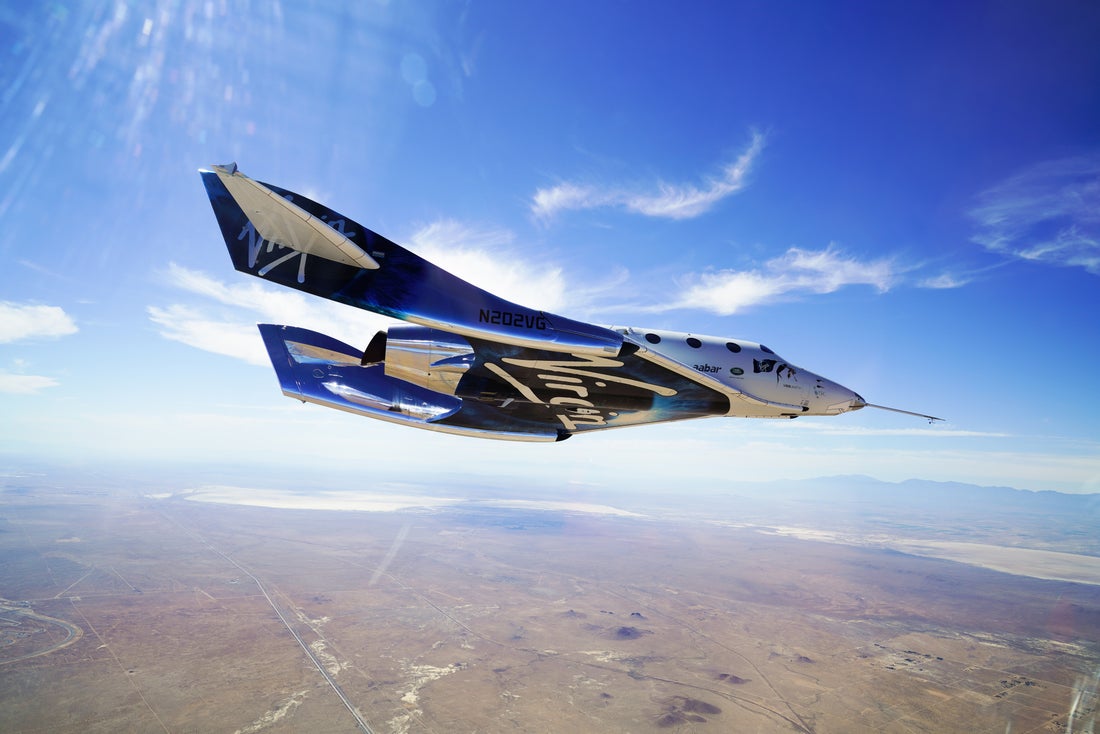 Virgin Galactic has never live-streamed a mission using its SpaceShipTwo Unity spaceplane before now. This mission known as Unity 22 comes after successfully testing three prior spaceflights with pilots onboard.

Unity 22 includes a full crew of two pilots controlling the carrier plane, two pilots controlling the spaceplane, and four mission specialists aboard the spaceplane. That can be a bit confusing if you’re used to seeing rockets take people to space in capsules, and the naming conventions get confusing fast. Here’s what you need to know going into the mission:

In short, a big double-plane called Eve takes off with a smaller rocket-powered spaceplane called Unity. Eve releases Unity after reaching around 50,000 feet, and Unity fires its rocket engine to reach space, where passengers experience several minutes of zero gravity before returning to Earth.

It sounds pretty sweet if you’re a passenger.

You should also know that Virgin Galactic’s closest competition to bringing spaceflight tickets to the public is Blue Origin, a company created by Amazon founder Jeff Bezos. BO’s New Shepard rocket is the traditional rocket/capsule combination and goes slightly higher.

It’s in BO’s interest to undermine VG’s service as they’re doing over Twitter ahead of the mission on Sunday, but c’mon, VG passengers are going to space. A better comparison is how long these services allow you to be in space.

Virgin Galactic founder Richard Branson will be one of six people going to space on Sunday. CJ Sturckow and Kelly Latimer will pilot the carrier plane VMS Eve, Dave Mackay and Michael Masucci will pilot VSS Unity to space and back, and the mission specialists include:

Virgin Galactic will livestream the flight of VSS Unity on Sunday, July 11, starting at 9 a.m. ET. The event will be one you won’t want to miss if you’re at all interested in spaceflight or human accomplishment. Stephen Colbert will host the livestream, artist Khalid will perform a new single in concert with the mission, and the views from space should be spectacular.