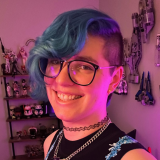 Today LEGO is announcing that it will be relaunching two of the more popular fan-inspired Ideas creations from the past several years. After previously retiring both the NASA Apollo Saturn V and Ship in a Bottle in previous years, the two creations will now be available once again later this fall. Head below the fold for additional information on the upcoming LEGO Apollo Saturn V rerelease.