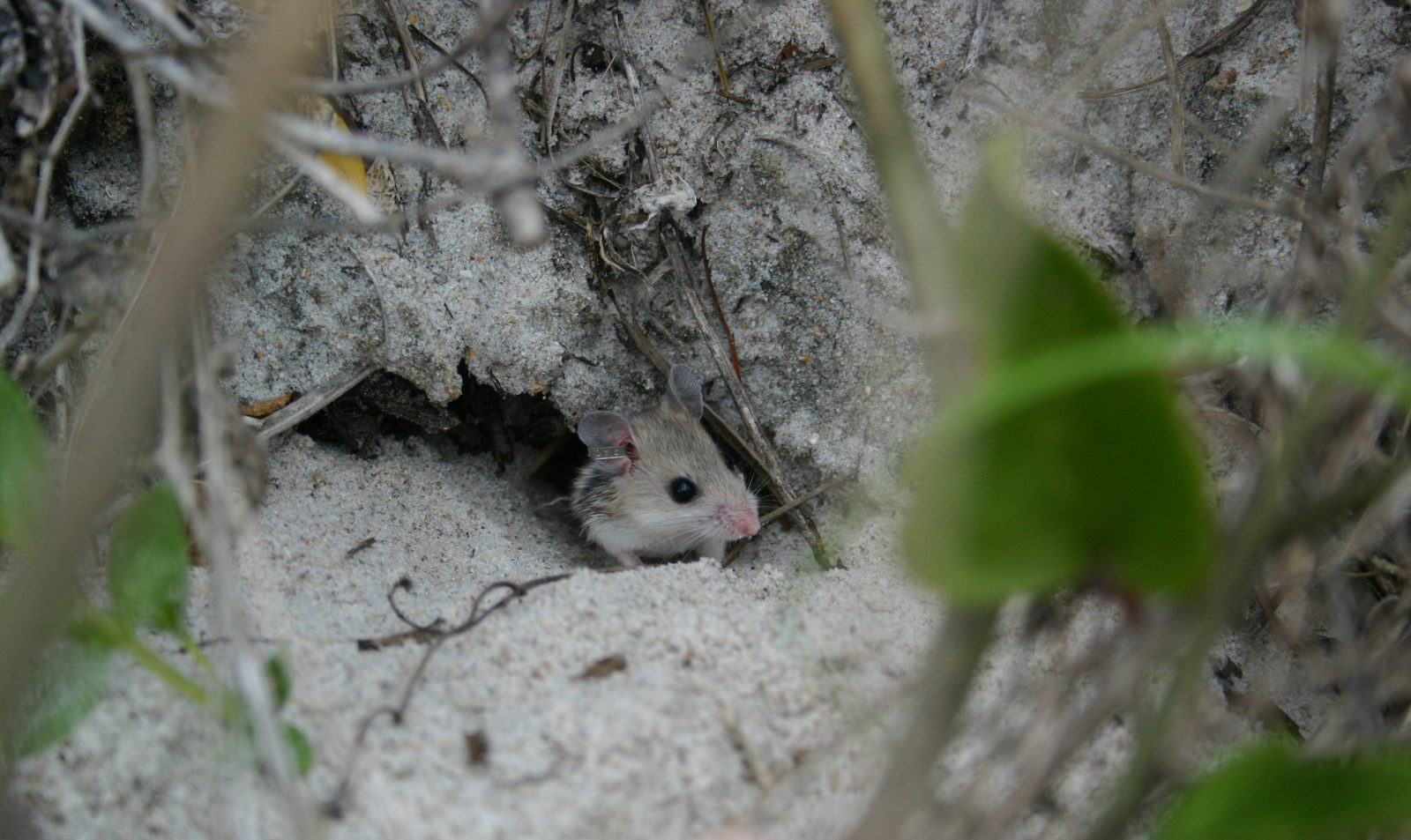 Donna Oddy’s “Everything to Know About Beach Mice” feature on NASA.gov today is hands-down the best space news of the week. I was very aware of the coastline beaches along Kennedy Space Center, but I have to admit I had no idea it inhabited beach mice.

The lesson of the day is there are 16 subspecies of field mice, four of which are considered beach mice.

NASA is responsible for monitoring the beach mice population:

As a requirement of the Endangered Species Act, beach mice populations are continually monitored to collect demographic data (age, sex, reproduction, weight, survival, etc.,) track their movements, and determine if an area is occupied. Using a mark-recapture technique, the mice are trapped and their right ears are tagged to identify each mouse and keep track of their movements. This information allows us to estimate their survival.

NASA suggests staying off the sand dunes to help protect the multiple underground burrows that these nocturnal omnivores create.

The cat population and the threat of degradation to their habitat are each concerns for these NASA beach mice who provide a meaningful service to the area: digging burrows that help beach plants bury roots deeper, eating insects that threaten beach plants, and spreading beach plant seeds through their diet.

Read the full feature from NASA. The more you know!