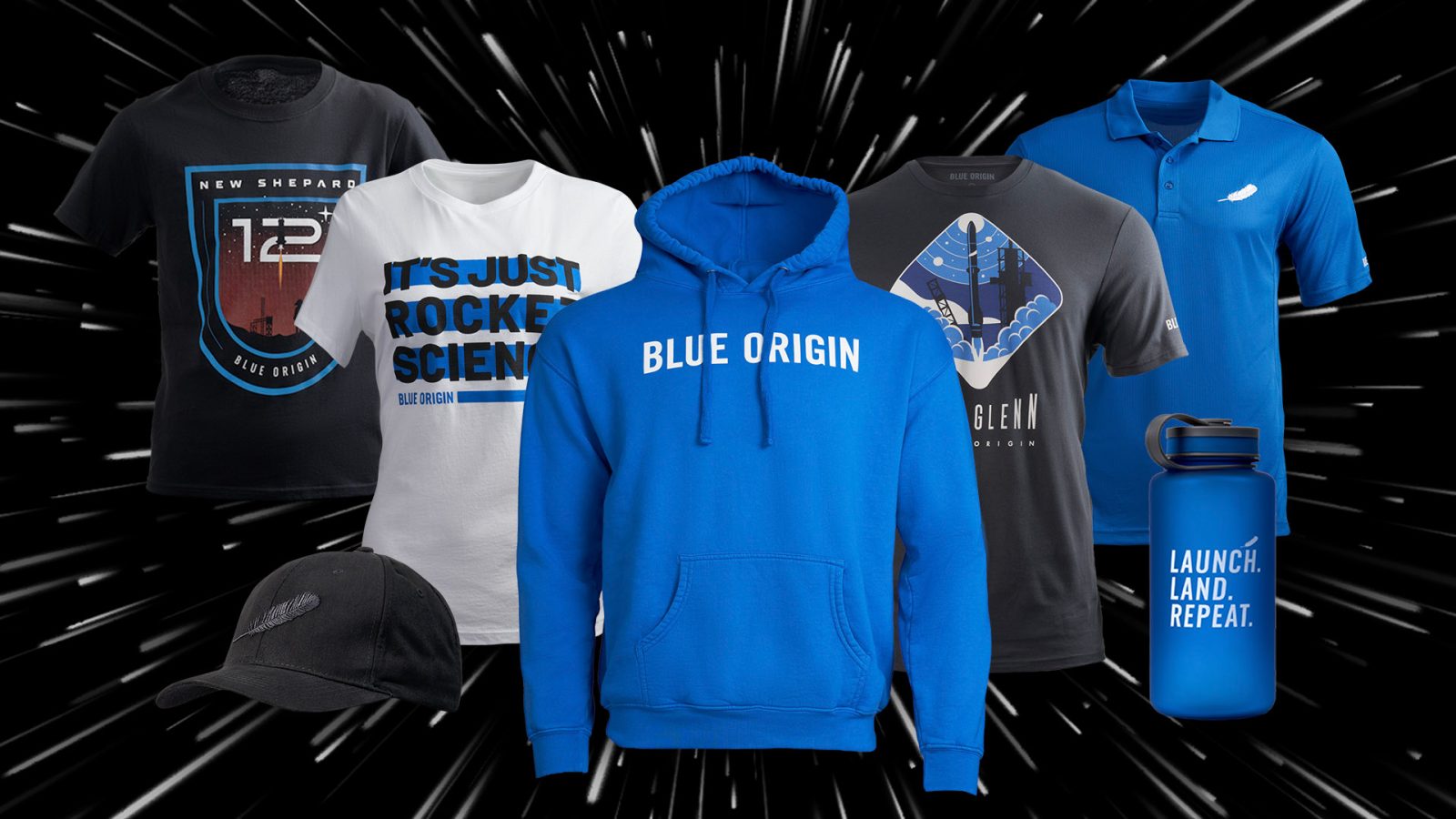 Blue Origin is not the most public-facing rocket company on the planet.

Try to take a close-up shot of the front of Blue Origin’s Orbital Launch System manufacturing facility in Florida, and a very friendly security guard will insist that you immediately exit the parking lot.

Starting today, Blue Origin is taking a cue from the billionaire’s other company and launching an online store.

The official online merchandise store includes shirts and swag for all things Blue Origin, including hoodies and hats and shirts that celebrate New Shepard and New Glenn.

Notice that the smaller rocket is a youth shirt while the larger rocket comes in adult sizes. Both rockets would make for excellent models Falcon 9-style in the future.

‘Build A Road To Space’ and ‘Launch. Land. Repeat.’ are two other messages rocket fans can wear. And yes, there’s even the usual ‘Remove Before Flight’ keychain as well as a signature blue version with Blue Origin’s name and logo.

A new online store certainly isn’t the only thing Blue Origin is announcing in May. Blue Origin, the prime contractor for The National Team, shared details about its proposed Human Landing System last week after NASA revealed that the company is one of three winning proposals for a modern HLS.

The first-ever Blue Origin merchandise store has officially opened its doors at shop.blueorigin.com.