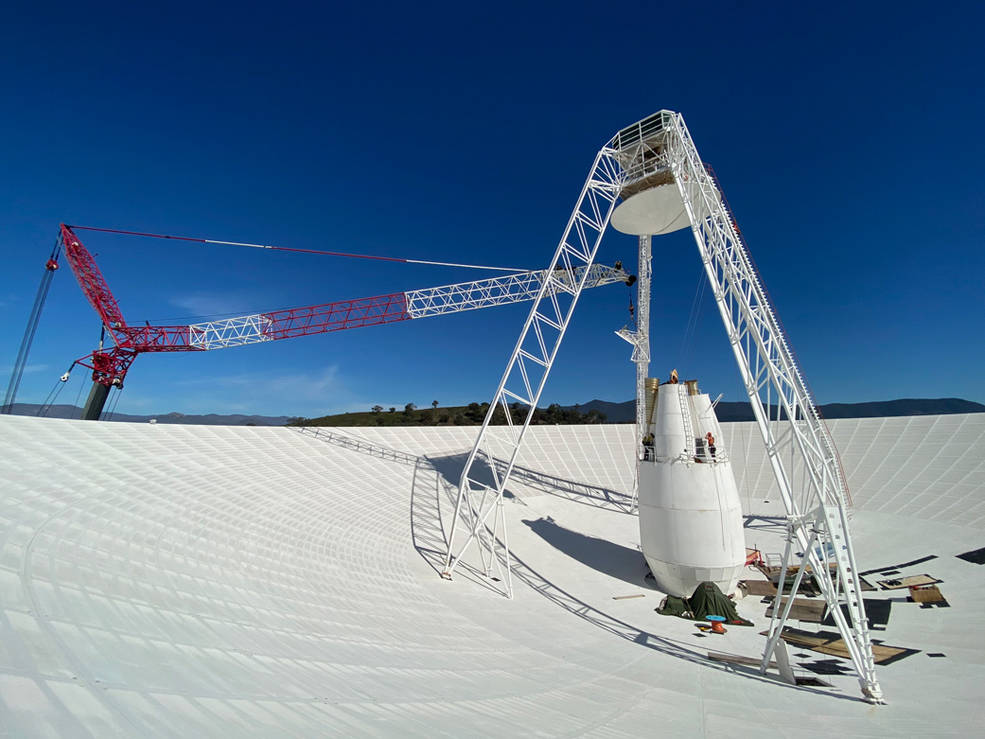 NASA is upgrading one of the antennas of its interplanetary switchboard located in Australia, known as the Deep Space Network. Deep Space Station 43 (DSS-43) is one of the largest antennas in the project that allows constant communication with NASA’s robotic spacecraft.

The agency describes the upgrades as “much-needed” as the antenna dish was built 48 years ago, which was recently modified with an X-band frequency cone. There’s a transmitter system inside the cone with sensitive receivers that are responsible for controlling spacecrafts and receiving data from robotic missions dedicated to exploring the solar system.

In addition to the new cone, the antenna will receive an improved water cooling system, as well as overall improvements to the equipment.

A giant crane maneuvered the 3-ton cone into the center of the massive dish after lifting it 20 stories from the ground. In addition to the new cone, the antenna is receiving upgrades to its water coolant system and its mechanical and electrical equipment. Some of the components being upgraded have become increasingly unreliable after being in constant use for 40 years.

The antenna was deactivated for repairs in March this year, and the maintenance is expected to be finished by January 2021. In the meantime, NASA’s Voyager 2 space probe will not be able to receive commands from Earth since it relies on the Australian DSS-43 antenna. There are other similar antennas in the United States and Spain used for the Deep Space Network.

The main benefit of Deep Space Network upgrades is related to Voyager 2, but they’ll also be useful for Artemis missions, which aims to send astronauts to the Moon and Mars.

The Deep Space Network is managed by NASA’s Jet Propulsion Laboratory. You can read more about it on NASA’s official website.