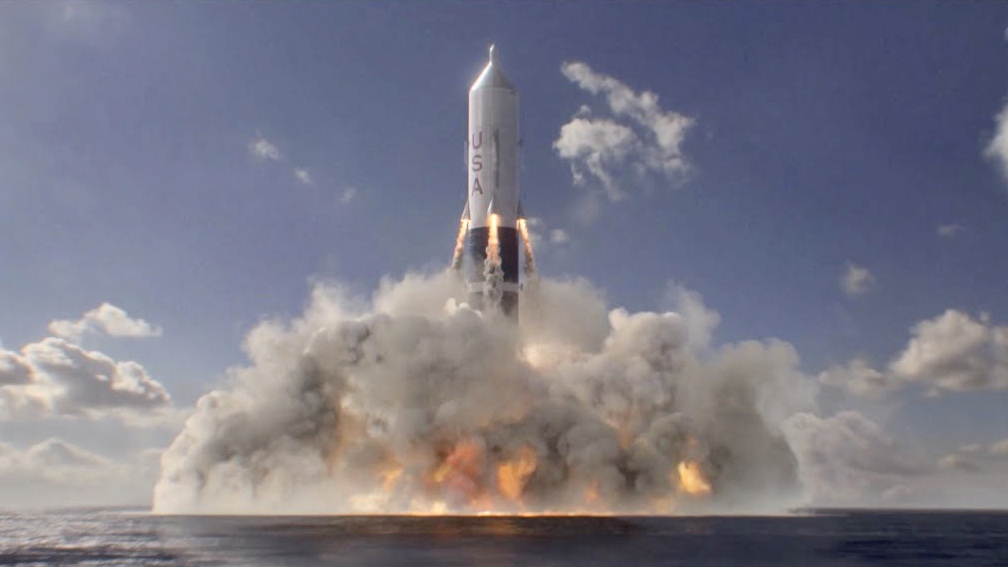 “For All Mankind,” a premiere series on the Apple TV+ video service, first put Ronald Moore’s vision of an alternative space race timeline in the living room.

The sci-fi drama reveals a world in which Russia beat the U.S. to putting humans on the moon first. The premise goes on to imagine how that single event could affect what came next in space history. Season one ended with an ocean-based rocket launching from under the sea, a concept that was once considered (and may be returning for Elon Musk).

As revealed in a new teaser trailer shown off at Comic-Con At Home, a virtual version of the annual celebration of all things imaginative, director Ronald D. Moore envisions an 80s space war unfolding between the Americans and the U.S.S.R.

Moore hosted a virtual panel with several members of the original cast of the series to talk about working on the project so far and what fast-forwarding a decade is like when portraying characters on-screen.

Included in the virtual panel is a teaser trailer for “For All Mankind” season two. The second season is clearly set in an environment where tension with the Soviet Union is escalating. Astronauts that were once test pilots and lunar explorers are suddenly cast as space soldiers on the verge of fighting the first space war.

The iconic space shuttle also makes its first appearance in the alt-history universe as a fighter jet-style spacecraft launched to space from a larger airplane.

The creative team behind season two has completed filming eight of the ten episodes expected in the continuation of the series. An official release date hasn’t been revealed yet.

Apple TV+ will soon have another high value galactic series in 2021: