What’s that rocket? Meet the Ariane 5 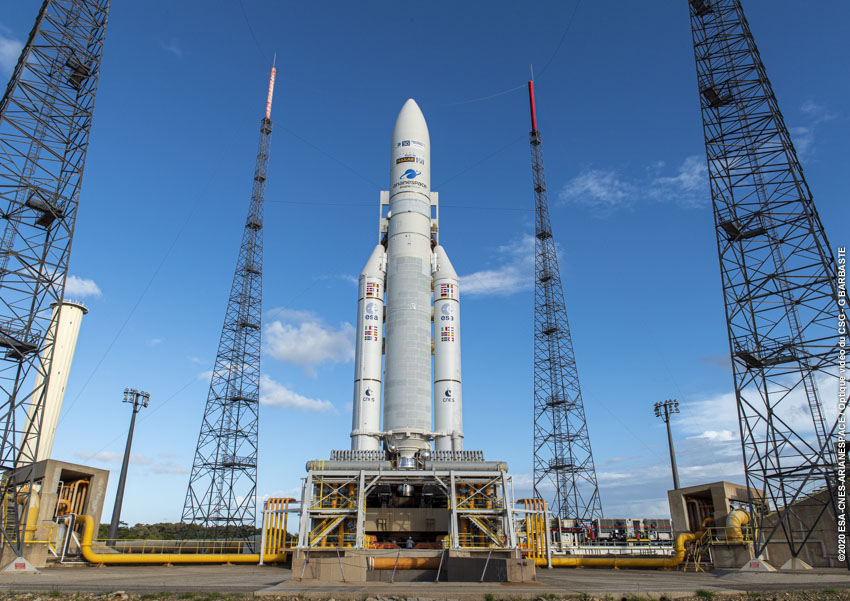 On the outside, the Ariane 5 can easily be mistaken for any generic rocket but that couldn’t be further from the truth. Arianespace’s largest launcher falls into the heavy-lift category of rockets and it regularly flexes its might. And it does it in a unique way.

One thing you won’t hear related to the Ariane 5 is talk of small sats. While it’s possible to launch a few small sats or cube sats, the Ariane 5 will usually take multiple satellites of more conventional sizes. It does this with what can be thought of as a double faring system, though that’s far from the technical term.

Here’s how the process works: during the climb uphill, the main faring separates like virtually every other launcher we see. Powered flight ends and we see the deployment of the first passenger (then the second, if two were attached to each other). Shortly after, a protective cover separates from the stage and falls away. They call this the Sylda. The top of it has a payload attach fitting for the first passenger, and the rest of it looks kind of like a black cup turned over. This allows Arianespace to utilize the full might of its rocket for multiple customers on one launch instead of wasting launch power for one satellite.

Here’s the Ariane 5 by the numbers, straight from their site:

Arianespace is currently developing the Ariane 5’s successor, the Ariane 6, with its first launch expected in 2020 or early 2021.