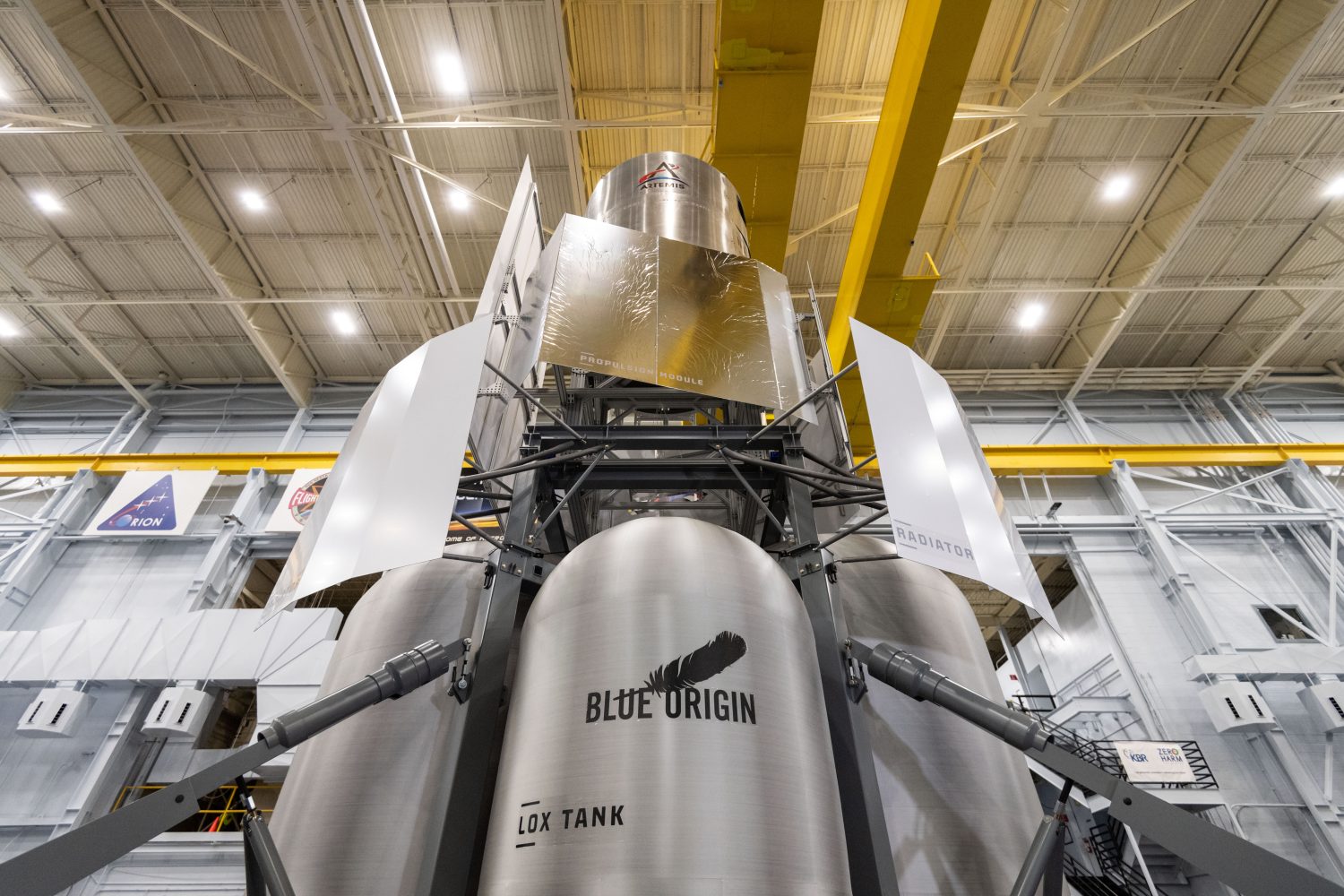 NASA plans to send the first woman and next man to the Moon by 2024, and the Artemis mission to do that will include a commercially developed lunar human landing system. In April, the agency awarded initial funding to three human landing system proposals that will compete to be selected for the mission.

An engineering mockup of the Blue Origin-led human landing system has been delivered to the Space Vehicle Mockup Facility at NASA’s Johnson Space Center in Houston, Texas.

The team will collaborate with NASA organizations including JSC’s Astronaut Office to perform engineering and crew operations tests with astronauts aiming to fly the final system within several years.  […]

The National Team HLS design leverages significant prior work, flight heritage, and a modular solution. Modular solutions help to enable faster progress due to the independent development and testing of each element, which permits ongoing improvements and evolution without impacting the full system. This also provides flexibility in the use of different launch vehicles and different concepts of operations.

Blue Origin says The National Team’s HLS engineering mockup will remain at the Building 9 facility in Houston through early next year where several tests and simulations will be conducted.