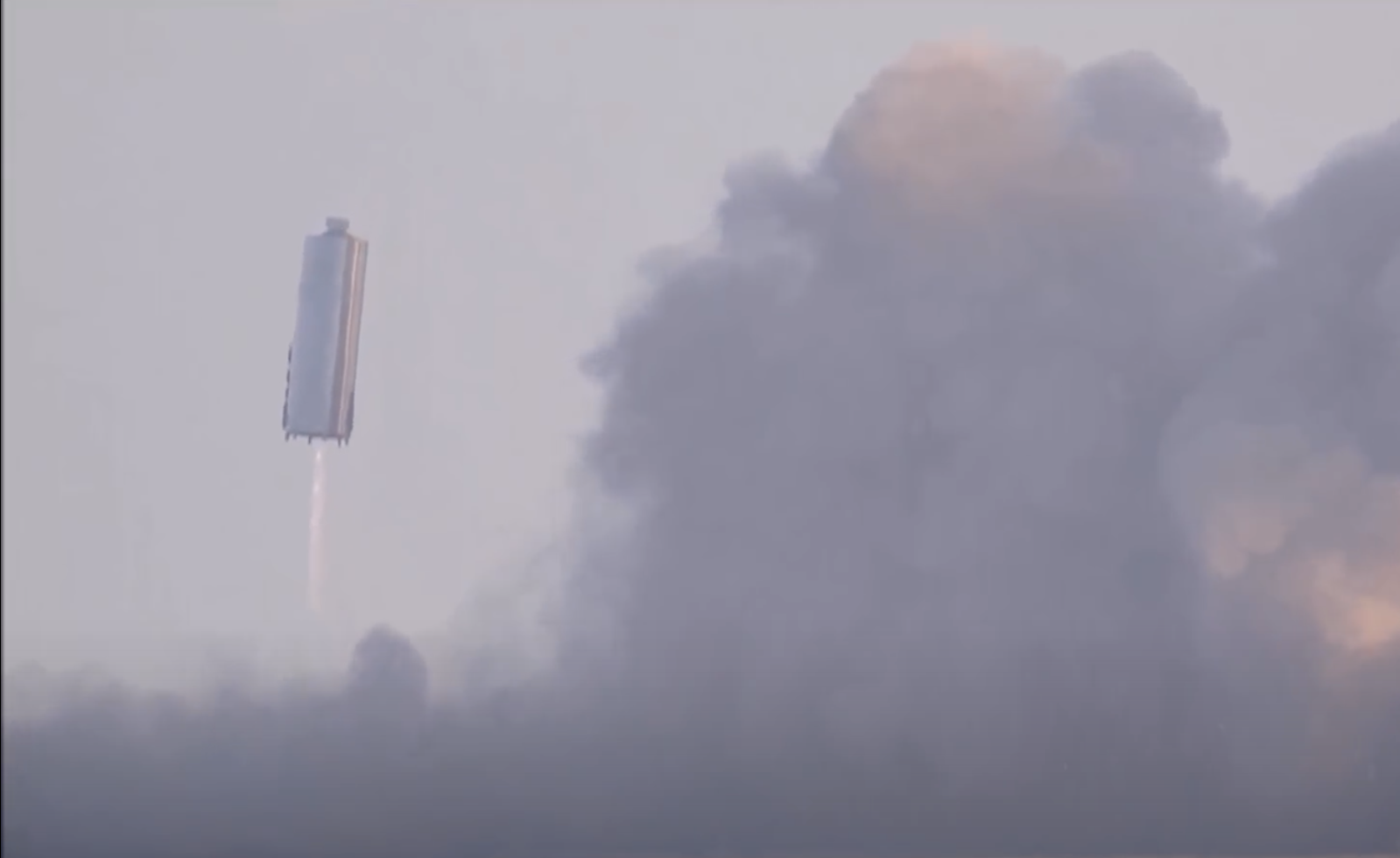 After several attempts and scrubs, including one due to a wayward boat violating the exclusion zone. SpaceX did a 150 meter test hop of their prototype Starship rocket. Named ‘SN5’ or Serial Number 5. It took off from it’s launch mount at SpaceX’s Spaceport in Brownsville, Texas. The launch was to test the company’s next generation rocket engine, Raptor, in flight. As well as testing avionic software and launch operations.

The test article consisted of a single Raptor engine, the methane and liquid oxygen fuel tanks, and a mass simulator on top. The mass simulator represented the weight of a nose cone and other equipment needed for further test flights. It made a slow lift off then rose to a height of about 150 meters (500 feet). It did a slight spin using it’s onboard reaction control thrusters. Then touched down on a landing pad several meters away. SpaceX didn’t provide an official live stream of the event but regular live streams are offered by SPadre, Boca Chica Mary with NASASpaceFlight, LabPadre, and Everyday Astronaut.

Starship was selected by NASA several months to go to be apart of the early proposal to become a reusable lunar lander for the Artemis program. This makes this not just another test for SpaceX’s Mars rocket but also the first test flight of NASA’s next possible human landing system.

The fate of SN5 is unknown for its life after this test flight. SpaceX already has a backup of prototype Starships waiting to be tested. Depending on what SpaceX finds in the data received during this test, more similar test might be needed or they might continue on with higher and longer tests. Elon Musk tweeted after the test flight that they plan on doing several short hops to continue smoothing out the launch process. Elon seemed very optimistic in other tweets about further flights coming soon.

SpaceX still needs to build and test Starship with it’s full 6 raptors set up, 3 sea level and 3 vacuum variants. As well as start production on the Superheavy booster that will be Starship’s first stage. SpaceX has made progress on it’s ‘High Bay’ manufacturing building. This will be used to construct Superheavy out of steel rings. A similar procedure to how Starship is built. After all that, SpaceX will need to do tests of them together with the hope of an orbital flight test sometime next year.