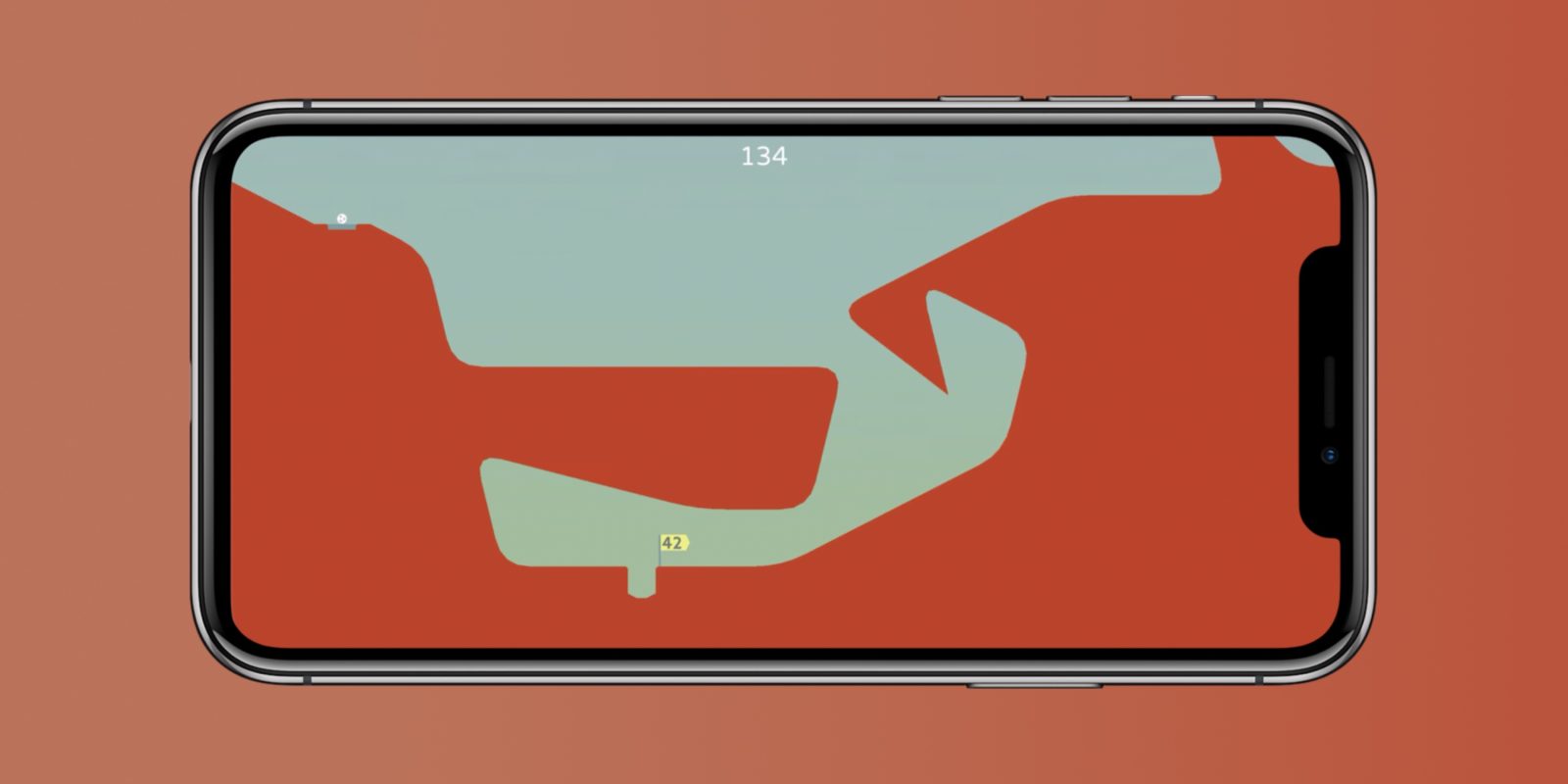 NASA’s Perseverance rover launched for Mars back in August but it won’t arrive until early 2021. If you’re looking to have some of your own Martian fun, the iPhone game “Golf On Mars” has you covered with an almost infinite amount of holes on the red planet.

Golf On Mars is the follow-up to the popular Desert Golfing that originally launched in 2014 (via Daring Fireball).

For centuries, philosophers and mathematicians have gazed up at the night sky and wondered:

“Is there Golf On Mars?”

The year is 2866. Mars is 35% terraformed, finally enough to allow the playing of the game of.. Golf!

*Infinity is impossible to represent on any non-quantum computer. In actuality there are roughly 25,770,000,000 golf holes in this game.

Witty developer Captain Games has some fun describing the game and says that “Mars is par 3” after accounting for the gravitational differences with Earth, so par for the whole course is about 77 billion.

For example, if the ball is 16 pixels wide on your screen then the typical hole will be 1200 pixels away.
Scaling this to the size of a real ball (1.68 inches), it’s as if the hole is only 3.5 yards away!

A realistic 18 hole golf course where the fairways are 3.5 yards away would only require about 1300 square feet of land.
However, gravity on Mars is 38% that of Earth’s gravity, so you could hit a ball 7 times farther, or roughly 1400 yards for a good player.
This 18 hole course then needs to be to 64000 square feet. You could cover the entire surface of Mars with 241 billion of these golf courses.

Therefore, you could easily fit all the holes in Golf On Mars on the surface of Mars.

Mars is par 3, so aim to finish in under 77 billion strokes.

Golf On Mars is available as a $2.99 download for iPhone and iPad and is also available for Android on the Google Play Store.

And be sure to catch up on all of our Mars and Mars 2020 coverage.