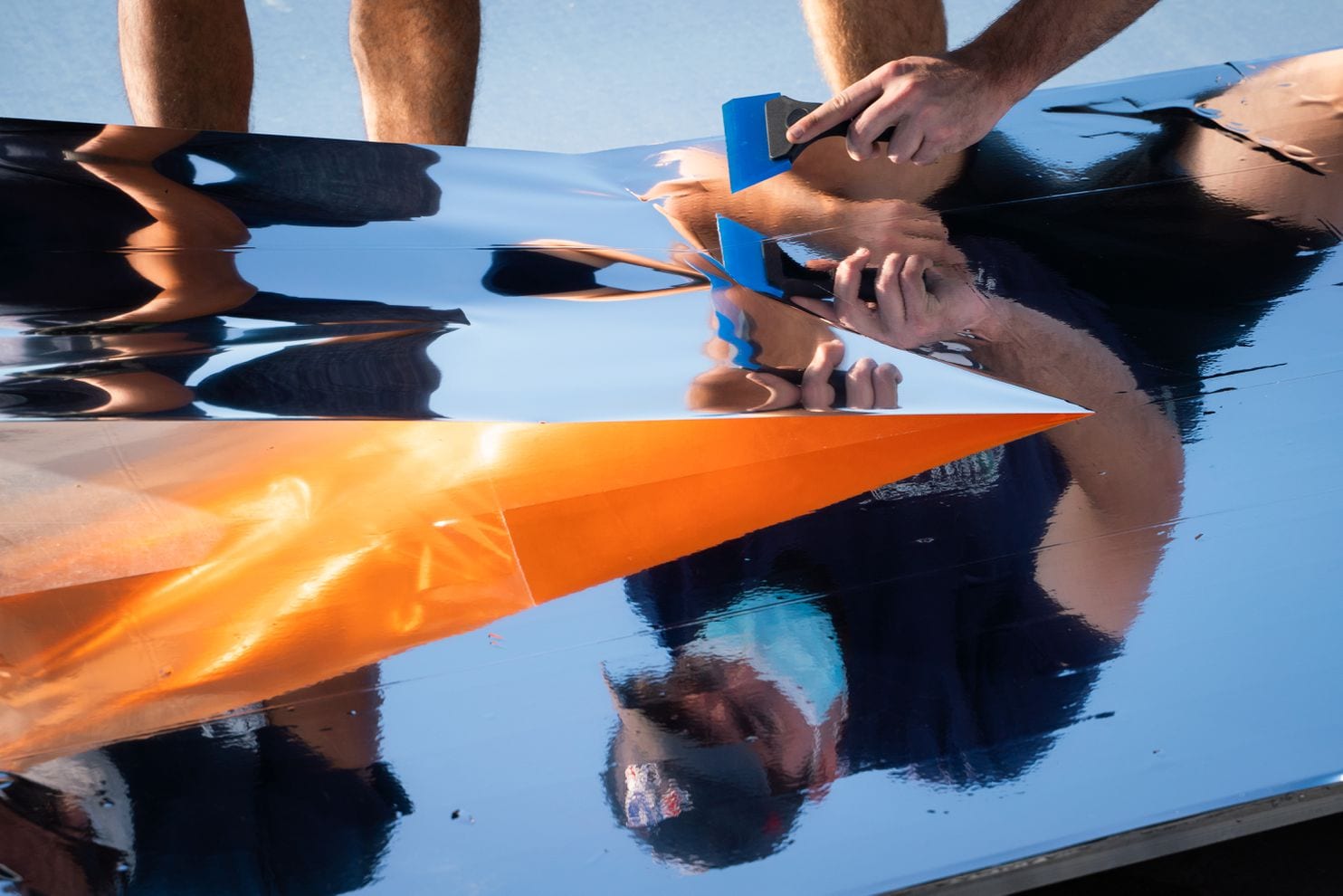 A materials scientist at the University of California has developed a new way to cool objects without using electricity or fuels. Aaswath Raman and colleagues created a special film that can reduce the temperature of any surface through radiative cooling on a molecular level … and it relies on sending heat to space.

Raman was inspired by an ancient technique used by desert dwellers in Africa, India, and Iran in which they make ice by pouring water into earthen pits or ceramic vases. The water radiates its heat during the night and turns into ice by the morning.

The scientist then created a thin mirrored film that maximizes radiative cooling, which reduces the temperature of objects and surfaces by more than 10 degrees. As he explained to the Washington Post, this solution works even in the midday sun and it can help cooling pipes in buildings, replacing air conditioning.

Working with colleagues, he has developed a thin, mirror-like filmengineered to maximize radiative cooling on a molecular level. The film sends heat into space while absorbing almost no radiation, lowering the temperature of objects by more than 10 degrees, even in the midday sun. It can help cool pipes and panels — like a booster rocket for refrigerators and cooling systems. Incorporated into buildings, it may even replace air conditioning. And it requires no electricity, no special fuel — just a clear day and a view of the sky.

Raman went to college to study astronomy, but he quickly became interested in solar panels and then started studying photonics — which is the study of light. This allowed him to explore phenomena that work as cooling methods.

There were case studies from the 1970s that predicted the use of similar methods to cool buildings with large rooftop pools, but they were scrapped due to the difficulty of maintaining these pools. Raman’s project makes this more feasible since the cooling is achieved just by a special thin film. The SkyCool film was developed with an extremely reflective material that barely absorbs energy, so it reflects almost all the radiation to space.

Outgoing thermal radiation would bounce around between the layers, like a pinball in a machine; only the desired infrared wavelengths would be able to escape.

There is still a lot of work to be done before making this technology available to everyone, but the scientist believes that the main obstacle has already been surmounted.