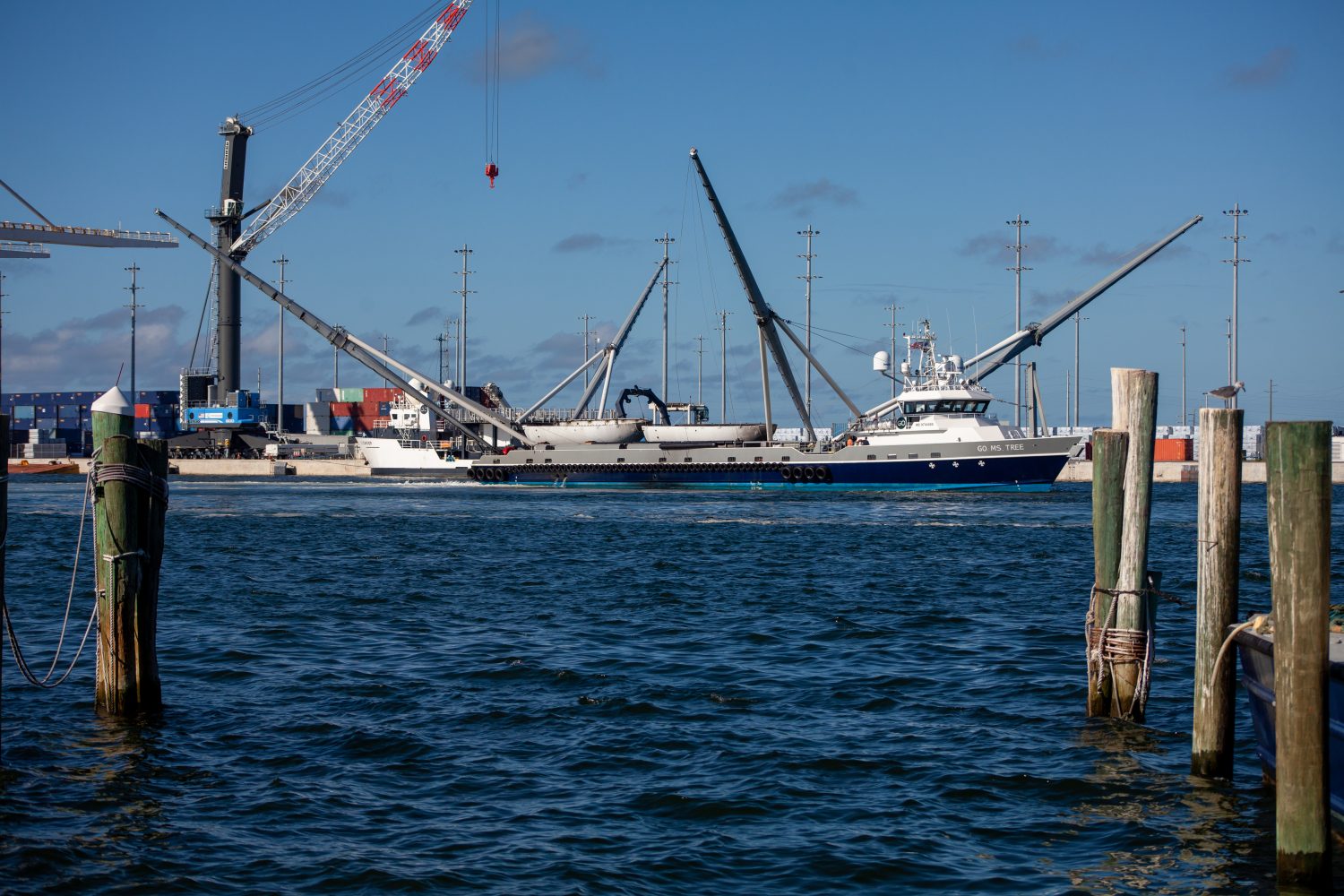 Monday, October 26: Ms. Tree, one of SpaceX’s fairing catching ships, returns home to Port Canaveral carrying two fairings used during the Starlink mission on October 18th. Ms. Tree spent a week in Morehead City after experiencing a less than optimal fairing catch where the net broke and the fairing half was left dangling from the net.

While in Morehead City, Ms. Chief transferred her fairing to Ms. Tree — her twin sister ship — and returned to catch and recover the two fairings from the October 24th Starlink mission.

The two fairings look to be in good shape other than some minor denting.

Recovering the fairings saves SpaceX several millions of dollars and reduces the need to ship more from their manufacturing site.