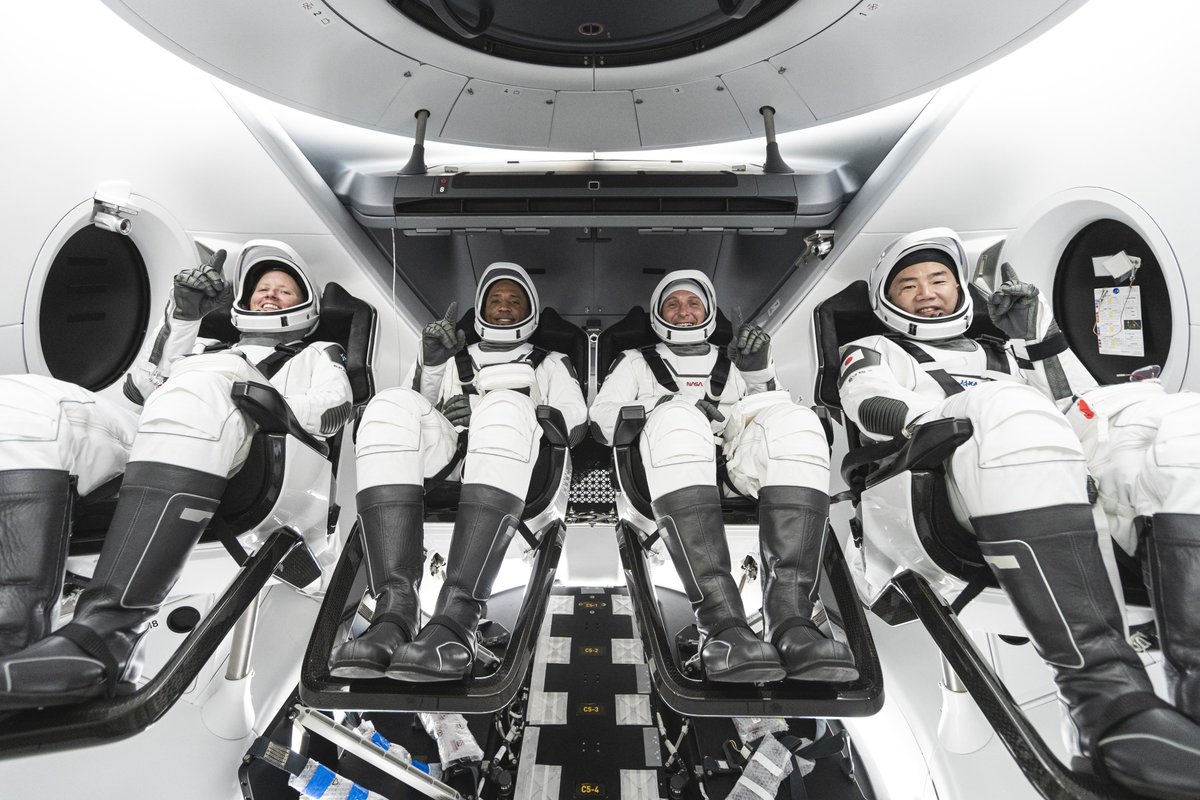 Stich shared that the crew has already entered a soft quarantine last weekend, and if all things continue to go as planned, they will enter a more stringent quarantine on October 31. Currently, the crew is finishing up last-minute training in Houston and will travel to Kennedy Space Center for tests on November 6. There, they will watch the Falcon 9 do its static fire and take part in a full rehearsal leading up to the launch.

During the final seconds of the GPS III SV-04 launch, the computer detected an early start-up sequence of two the Merlin engines on the first stage. This prompted an auto abort to stop that from happening to protect the engines from performing what is called a hard start, which can prove damaging to engine hardware. After this, SpaceX removed the problematic engines and took them to their testing facility in McGregor, Texas. Hans said they were “actually able to replicate” the issue on the test stand which led to the discovery of a substance blocking a release valve in the gas generators.

This substance turned out to be a red lacquer used to protect parts of the valve during the anodizing process. The process of anodizing the part was conducted by an outside vendor and is only seeming to affect newer engines, though Hans mentioned they have not inspected engines from flown boosters.

SpaceX prioritized the boosters flying Crew 1, the next GPS mission, and Sential 6A out of Vandenberg. Out of these boosters, they found several engines that needed to be replaced, including two from the Crew 1 booster. Hans said they also went through data from the entire fleet and found several cases where this could have occurred during launches, including during the DM-1 mission.

Between NASA, the Space Force, and the vendor, SpaceX is working on a solution to make sure this issue doesn’t show up again. NASA wishes to see the next GPS mission to launch before Crew 1. This is also to do with an engine problem, but it’s unclear if this is the same problem. GPS III SV04 is slated to launch November 4 from SLC-40, Cape Canaveral Air Force Station.