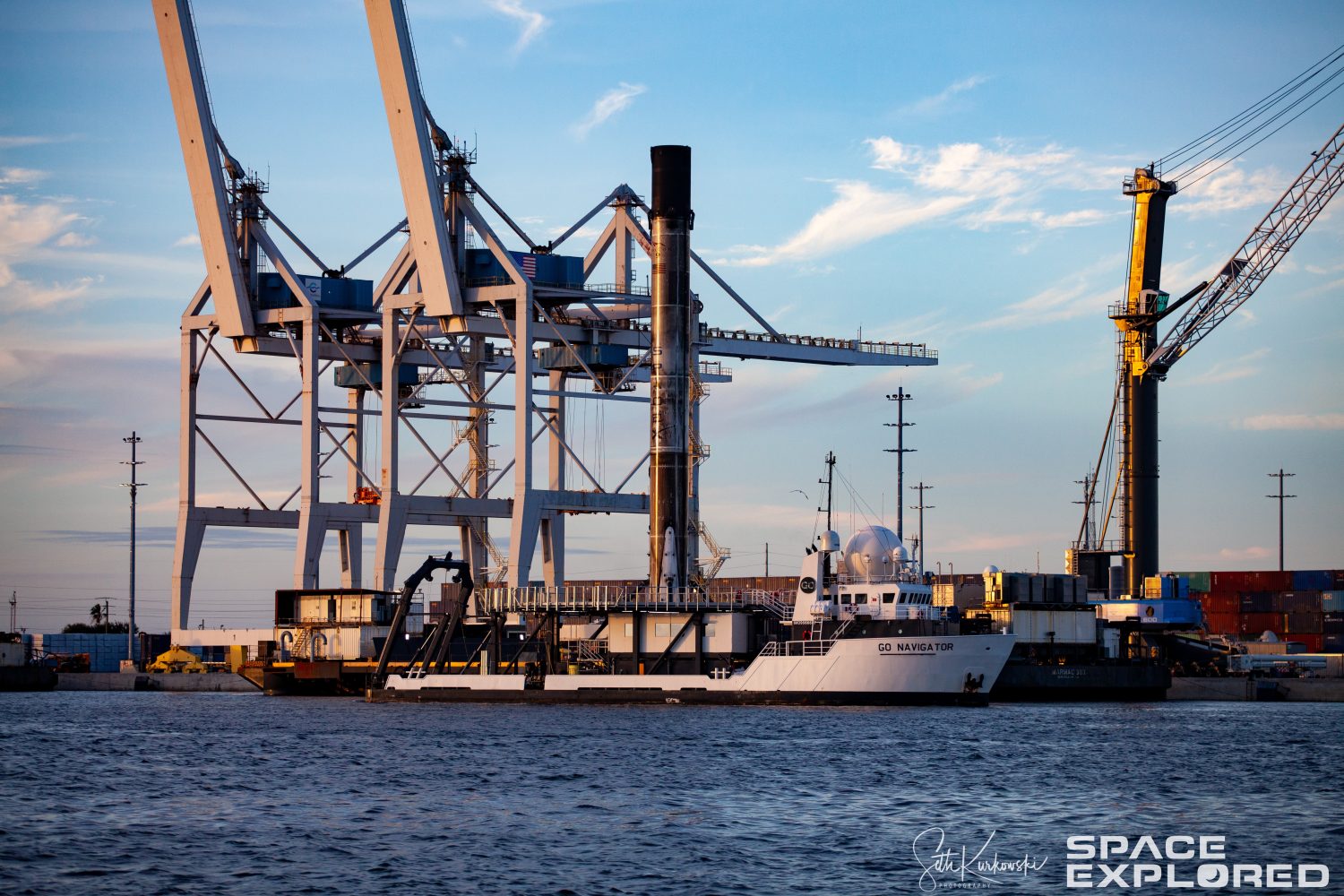 Tuesday, October 27, SpaceX’s automatous spaceport drone ship Just Read the Instructions (JRTI) returned to port carrying booster B1060 after it successfully landed from its launch of the October 24 Starlink mission. This is the booster’s third landing and its second time landing on JRTI.

Its first flight was on the GPS III SV03 launch for the Air Force which was SpaceX’s first GPS mission. Its last two flights have both been apart of the Starlink launch campaign and will most likely stay in this campaign as SpaceX continues to push the boundary on how many times it can refly its boosters.