Want to know everything humans have sent to space? Ask Supercluster’s Astronaut Database 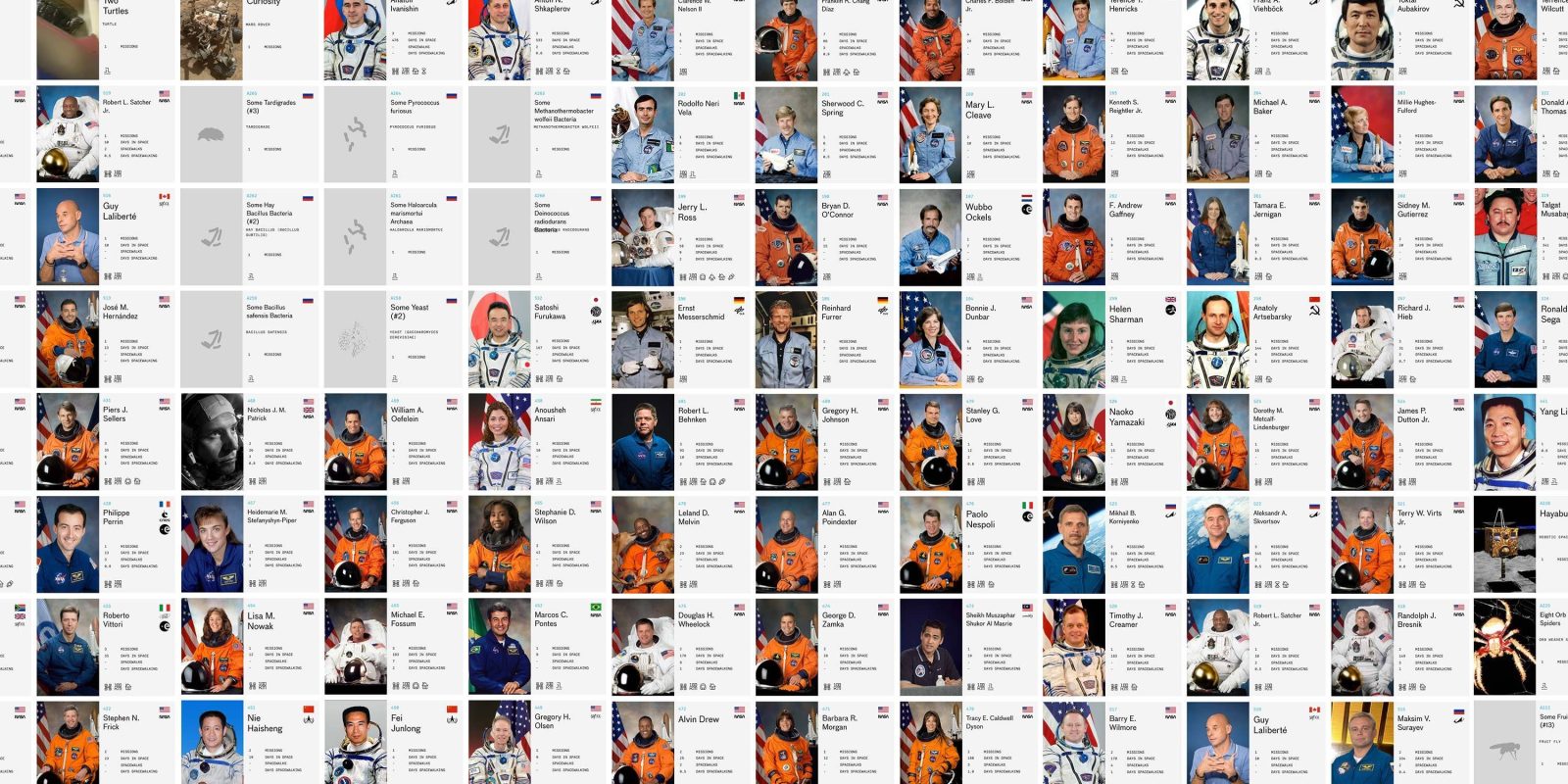 Supercluster announced the release of its Astronaut Database this week. It’s an ongoing collection of every living thing that has gone to space so far, including humans, dogs, cats, and even fruit flies. It details which missions they were a part of, vehicles they flew on, and which country they flew for.

The goal while designing and planning the database was to make it fun while also being useful — to provide the feeling you get when looking at baseball cards. Each “card” has a photo of the astronaut and quick stats. Then when you select the card, it’s like flipping it over and seeing all the details of every space flyer.

The goal was to create something that allows people to move through the data as an interconnected narrative, finding stories in each bit of information that leads to the next astronaut or mission or rocket.

What Supercluster has done in giving researchers and average space fans a tool to effortlessly navigate tens of thousands of data points is amazing. It gives an overview of the space adventure that has taken more than 580 people beyond the grasp of our planet.