VAB: A historical look at NASA’s massive Vehicle Assembly Building through the years 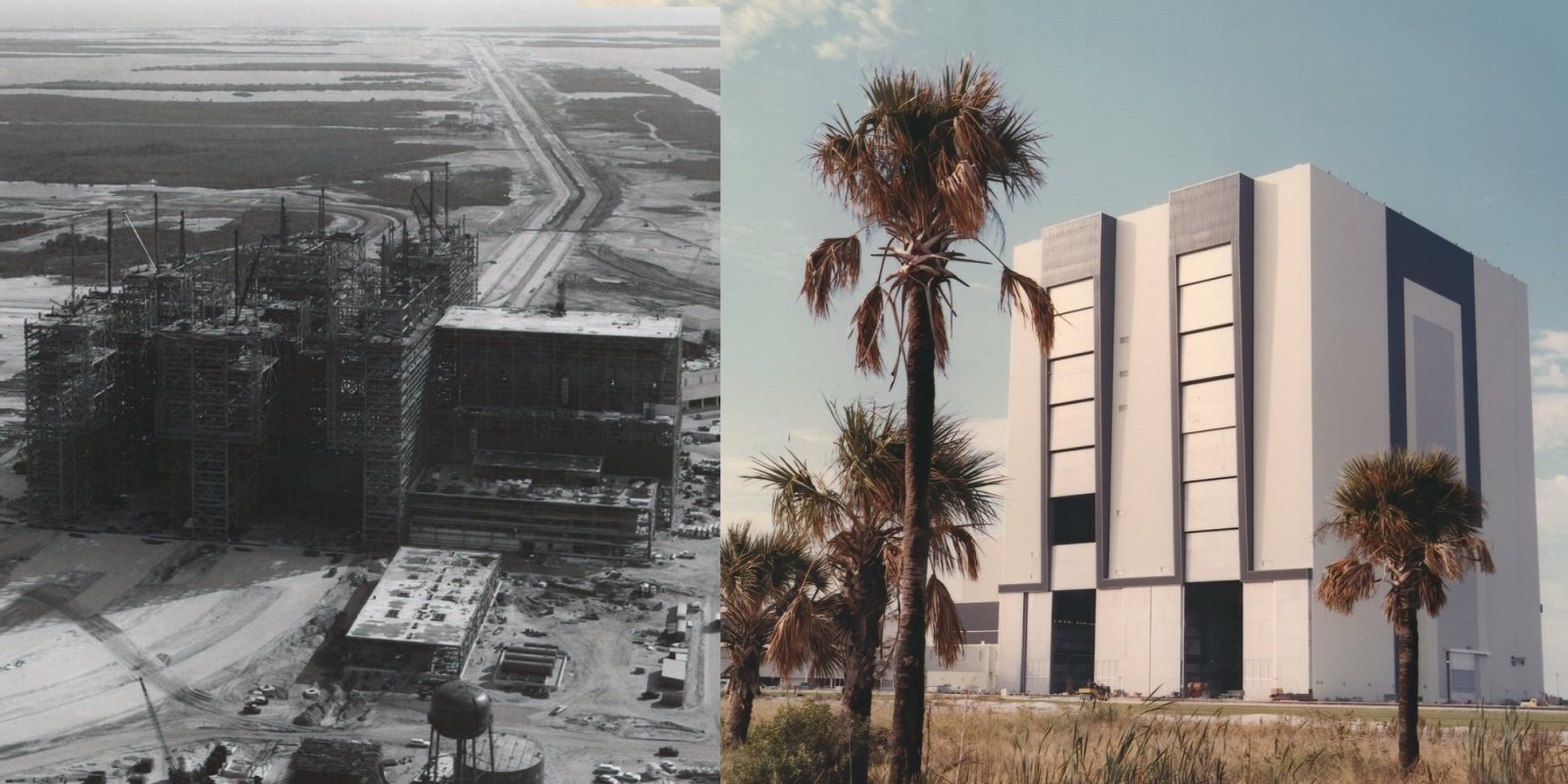 Harry Stranger is a great friend to the space community — and in particular the Space Coast — all from the other side of the planet in Queensland, Australia. The research Harry shares on Twitter and YouTube is invaluable for anyone who craves space insight and knowledge. Harry’s latest deep dive is a remarkable look at NASA’s Vehicle Assembly Building from conception through today based on restored images from Kennedy Space Center’s archive.

You can also meet Harry Stranger on episode 48 of the awesome Pressing For Flight video podcast, recorded in August 2020.

Be sure to retweet Harry’s Vehicle Assembly Building history thread to share the knowledge! The following is an unrolled format of Harry Stranger’s awesome research:

An attempt to make a thread about the iconic VAB using images restored of the KSC archive. I learnt a lot from this and hopefully you can too 🙂🤓
Thanks to @pilliarscreatio for providing me a great source for all this info! If I’m incorrect on any of this please correct me! 🙂

This is the earliest photo of construction that I could find, taken in early 1963. It took around 1.5M cubic yards of soil to to raise the area to around 7 feet above sea level. The fill came from an access channel at the north end of the Banana River.

These others were taken on 8th Jan 1963. These are test piles being driven before actual ground work of the VAB began.

These images taken on the 5th of March 1963 show the road to KSC being layed. I’m confident that the first photo is just past where the Press Accredation Office is now, with the NASA solar farm on the left.

I also believe the orange groves in these images belong to the Roberts family, as @julia_bergeron and I discovered earlier this year, I’d definitely recommend checking out our finds! 🙂

The VAB was topped out on April of 1965. Dr. Kurt H. Debus, KSC’s first director, added his name to the thousands of signatures on the 38-foot-long, 4 ton steel beam that topped out the structure.

The paneling of the VAB consists of 23 acres of aluminium siding and 1.6 acres of light-emmiting plastic panels, which were designed to provide a point of reference to the outdoors without allowing glare or direct rays of sun through.

I also believe that the VAB is home to the largest doors in the world (please correct me if I’m wrong). Each 139m high, made up of 7 vertical & 4 horizonal panels. I’ve heard that they take around 40 mins to open?

The interior is outfitted with various work platforms, some of which can provide air-conditioned areas for engineers to work on the launch vehicles.

The VAB is home to more than 70 cranes to assist in lifting operations.

When it came to launch day (In this case, Apollo 11) the aluminium side panels were also designed to reduce acoustical pressures created at launch. I still hear people talk about how the VAB creates spooky noises during a launch 😯

The VAB is still without a doubt one of the most epic buildings ever constructed in my opinion. I can’t wait to see the roles it will play as we continue to explore.

Let me know if you’d like to see more of these! Maybe of Mobile Launchers, Launch Pads or something else. As long as I have enough pictures to reference I’m happy to ramble and try fact check myself 😅