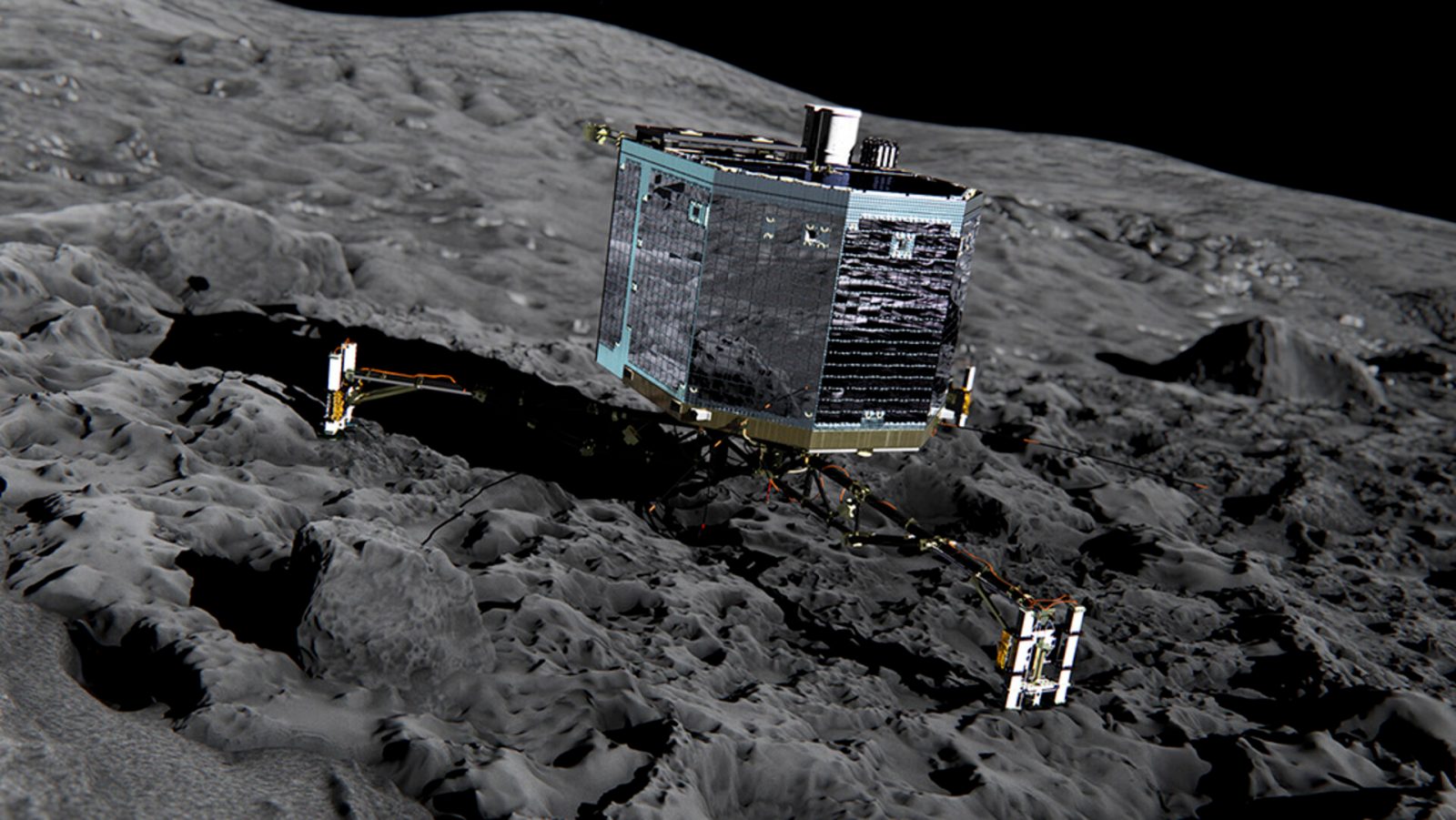 Back in 2004, the European Space Agency launched the Rosetta probe to a comet called 67P/Churyumov–Gerasimenko. Alongside the probe was a small lander called Philae, which had a goal to study the surface of 67P and become the first spacecraft to land on a comet.

Philae had a unique landing system containing harpoons that will shoot out to anchor the spacecraft to the surface, as well as thrusters that would fire to keep it on the surface to keep it from bouncing in the low gravity of the comet.

What actually happened in 2014 when Rosetta and Philae finally arrived at 67P was very different. The harpoons did not secure themselves to the surface, and the thrusters did not fire, causing Philae to bounce off the surface of comet. After reaching 1 km, the lander struck a bolder and began to tumble.

It finally touched down a third time, intact but on it’s side in the shade of a cliff. Philae entered hibernation mode to conserve power and eventually fell silent. After two years of searching, the Rosetta probe found the lander on the surface, confirming what was thought by researchers years prior.

The search for the lander’s impact

Since then, the goal of researchers has been finding Philae’s second impact point. Researchers looking over old photos and data found a spot of higher reflective ice on the surface, not far from the final landing spot of Philae. It was determined that this spot was compressed ice caused by an impact from Philae after it’s uncontrolled bounce. The original goal of Philae was to learn more about this surface of 67P. Since the lander didn’t land upright, it was difficult for the instruments to do the job they were intended to do. Luckily, this impact point can tell us a lot about the surface that the lander’s drill will never be able to.

You can determine the strength of an object by compressing it and recording how far it compresses and how long it took for it to compress to that point. Researchers determined the impact point was compressed 25 cm, so all they needed was to find out how long it took to compress that ice using the lander’s velocity. Well, the speed of the lander was not a metric that was being sent back to controllers in Germany. The instrument they did have was a magnetometer. While the lander was tumbling, the magnetometer acted more like a gyroscope, and researchers were able to see when the Philae made that impact to the icy bolder. They determined that it took three seconds to make that impact, making the ice very soft and fluffy.

After a long time of expecting that the Philae lander succeeded in providing any discoveries about the surface of the comet, it proves the idea that the structure of comets are fragile. Philae is still the only spacecraft to land on surface intact, and the Rosetta mission shared countless scientific discovers in its life span, raised more questions, and continues to amaze us.