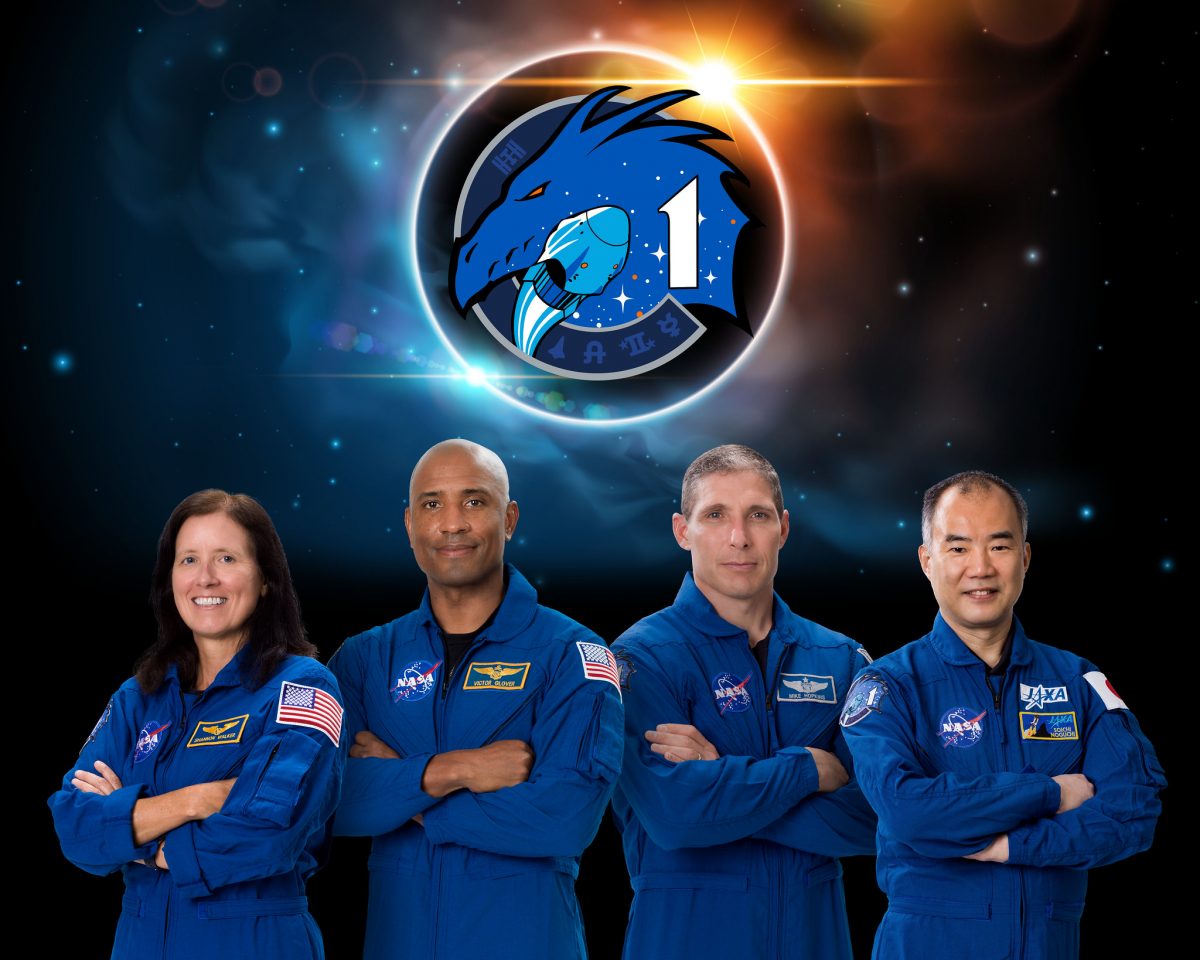 The four crewmates that will be flying on this week’s crewed flight from Florida arrived Sunday at Kennedy Space Center’s Launch and Landing Facility. They arrived on a chartered plane rather than the traditional T-38s or NASA Gulfstream.

After delays over an engine issue causing an abort during the last GPS mission, which launched successfully just last week, NASA and SpaceX have started the week of preparations leading up to the first operational commercial crewed flight. The flight will start on Saturday, November 14, weather permitting, and will rendezvous with the International Space Station Sunday for a six-month stay.

Resilience will be crewed by Mike Hopkins, Victor Glover, Shannon Walker, and Sochi Noguchi. This will be Glover’s first space flight, and he will serve as pilot for this mission. Hopkins will command this flight and, while in orbit, will be sworn in to the US Space Force, becoming the first Space Force astronaut. Veteran astronauts Walker and Noguchi will be mission specialists, both previously launching on Soyuz rockets to the station. Noguchi also launched on STS-114 on Discovery, which was the “Return To Flight” after the Columbia Disaster.

“It feels really good to be here,” Hopkins said during the press conference Sunday. “For the crew, we’re ready.”

After training for the mission for the last several months, the crew has been able to spend time with family, hopefully starting a new tradition of eating a departure breakfast with their families.

“It’s been a tough time. It’s been a long wait. But the crew on is in town, and we are the only game in town this week. And we go to space with pride. Our name is Resilience. Resilience is power to recover, will to restore, and we strive to survive.”

The crew thanked everyone from NASA, JAXA, SpaceX, and everyone who has been a part of making this mission happen. They all were extremely excited about this launch, with Glover stating, “it’s really special today because we flew an airplane in here, but the plan is for us to leave on top of a rocket. So that’s pretty neat. That’s pretty awesome.”

Currently, Tropical Storm Eta is still a threat to the Florida peninsula after making landfall just south of Miami. The storms current track has it making another landfall into the panhandle of Florida on Sunday. This has the chance to bring intense winds into the Brevard area come launch day. A big concern will be recovery weather since the Gulf of Mexico is used for an “Abort Once Around” maneuver where the capsule makes it to space but returns after one orbit. The 45th Space Wing will begin posting weather reports tomorrow or Wednesday.