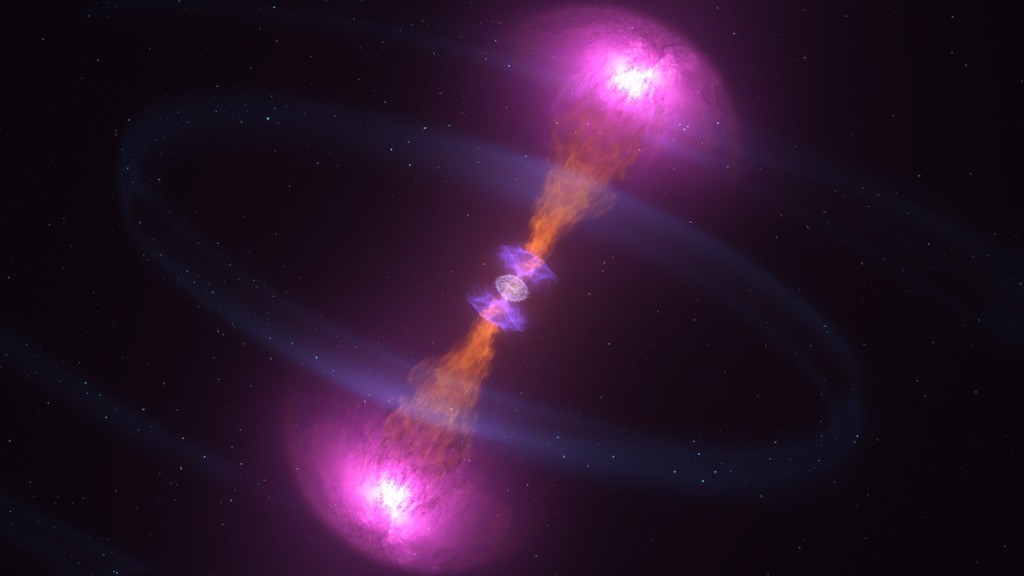 Back in May, light from an unusual explosion finally reached Earth’s telescopes. First spotted by NASA’s Neil Gehrels Swift Observatory, other telescopes from around the world also quickly pointed their sights toward the event. What astronomers were witnessing was a massive burst of gamma rays.

NASA’s Hubble Space Telescope was one of the many telescopes enlisted to observe the surprisingly large explosion. Hubble showed something different than the other telescopes, though. The near-infrared emission from the explosion was 10 times larger than what astronomers had expected.

The results had astronomers confused and scrambling to come up with an explanation. One possibility was that it may have been caused by the birth of a massive and highly magnetized neutron star, otherwise known as a magnetar. “The fact that we see this infrared emission, and that it is so bright shows that short gamma-ray bursts indeed form from neutron star collisions, but surprisingly the aftermath of the collision may not be a black hole, but rather likely a magnetar,” said Edo Berger, who is an astronomer at the Center for Astronomy run by Harvard University.

There is still a lot that scientists don’t know about magnetars and how they are formed, so witnessing one being formed would prove invaluable for the scientific community. It is currently believed that most magnetars in our universe are formed during the explosions of dying stars, but this observation may prove that a small subset of magnetars are formed when neutron stars merge.

All of the data and associated research was published earlier today in The Astrophysical Journal and is available for anyone to read.