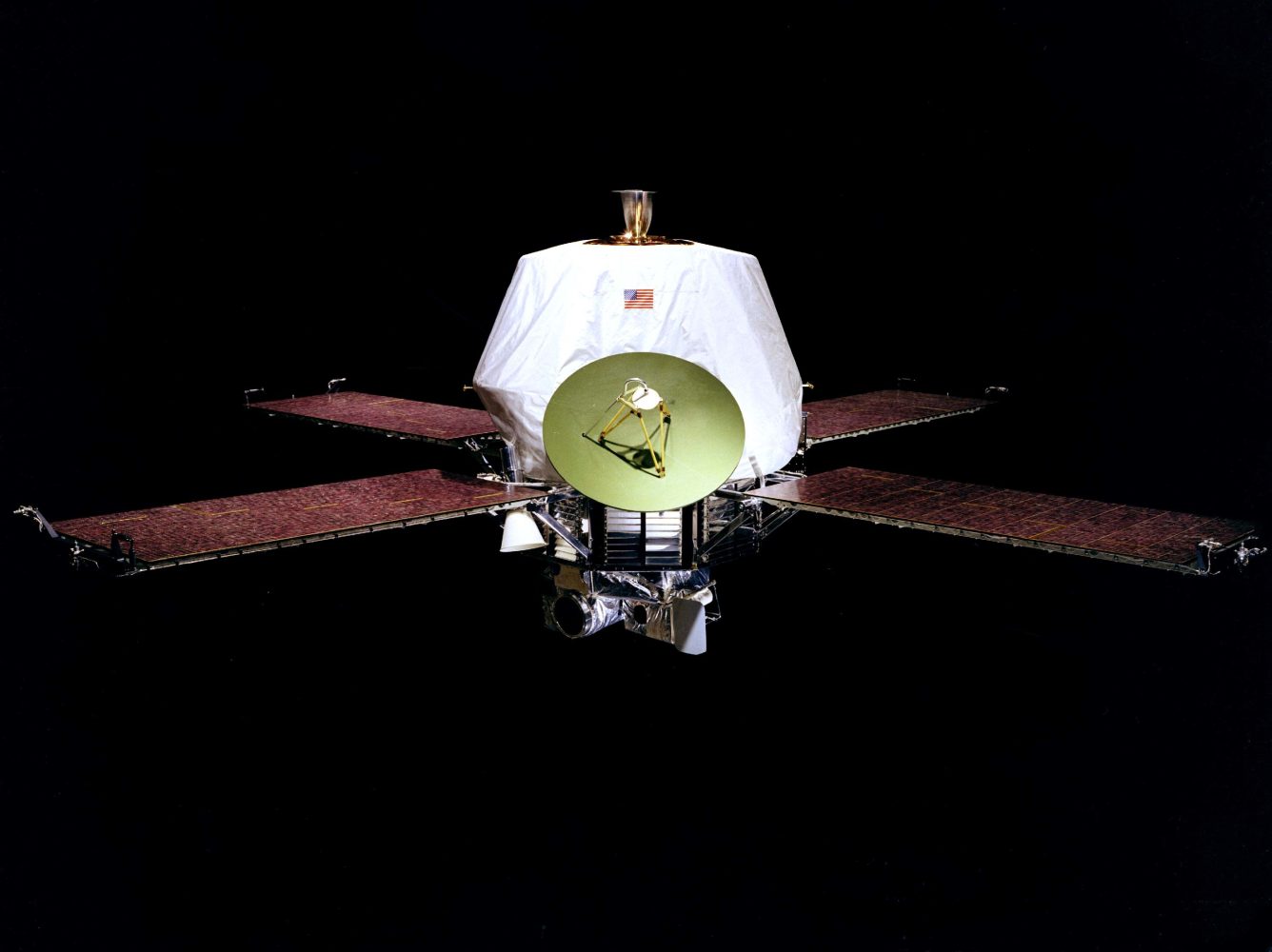 On May 30, 1971, Mariner 9 was launched from LC-36B at Cape Canaveral. It was a potentially historic launch because if it was successful, it would be the first spacecraft to orbit another planet. However, Mariner 9 wouldn’t be alone on its journey; in fact, it would be in a race.

Mariner 9’s destination was Mars. Once there, its objective was to utilize various equipment and sensors to study and take photographs of the red planet. But Russia was on the way as well with two of its own spacecraft, Mars 2 and Mars 3, which had both been launched around the same time as Mariner 9.

Then on November 13, 1971, Mariner 9 had finally reached Mars, beating both Mars 2 and Mars 3. More importantly, it had become the first manmade spacecraft to orbit another planet. A giant dust storm greeted its arrival, but when the dust cleared, it eliminated the notion that Mars’ surface was similar to our moons.

The first images received from Mariner 9 showed that the surface of Mars had many defining and unique features. These included the tallest volcano in the solar system and a vast canyon that was many times larger than the Grand Canyon.

During its time orbiting Mars for about a year, Mariner 9 was able to study temporal changes in the Martian atmosphere and map about 70% of the Martian surface. When it had finally run out of fuel, NASA decided to shut it off and let gravity take over.

To this day, Mariner 9 still orbits Mars and is expected to either burn up in Mars’ atmosphere or crash into the surface sometime in 2022.