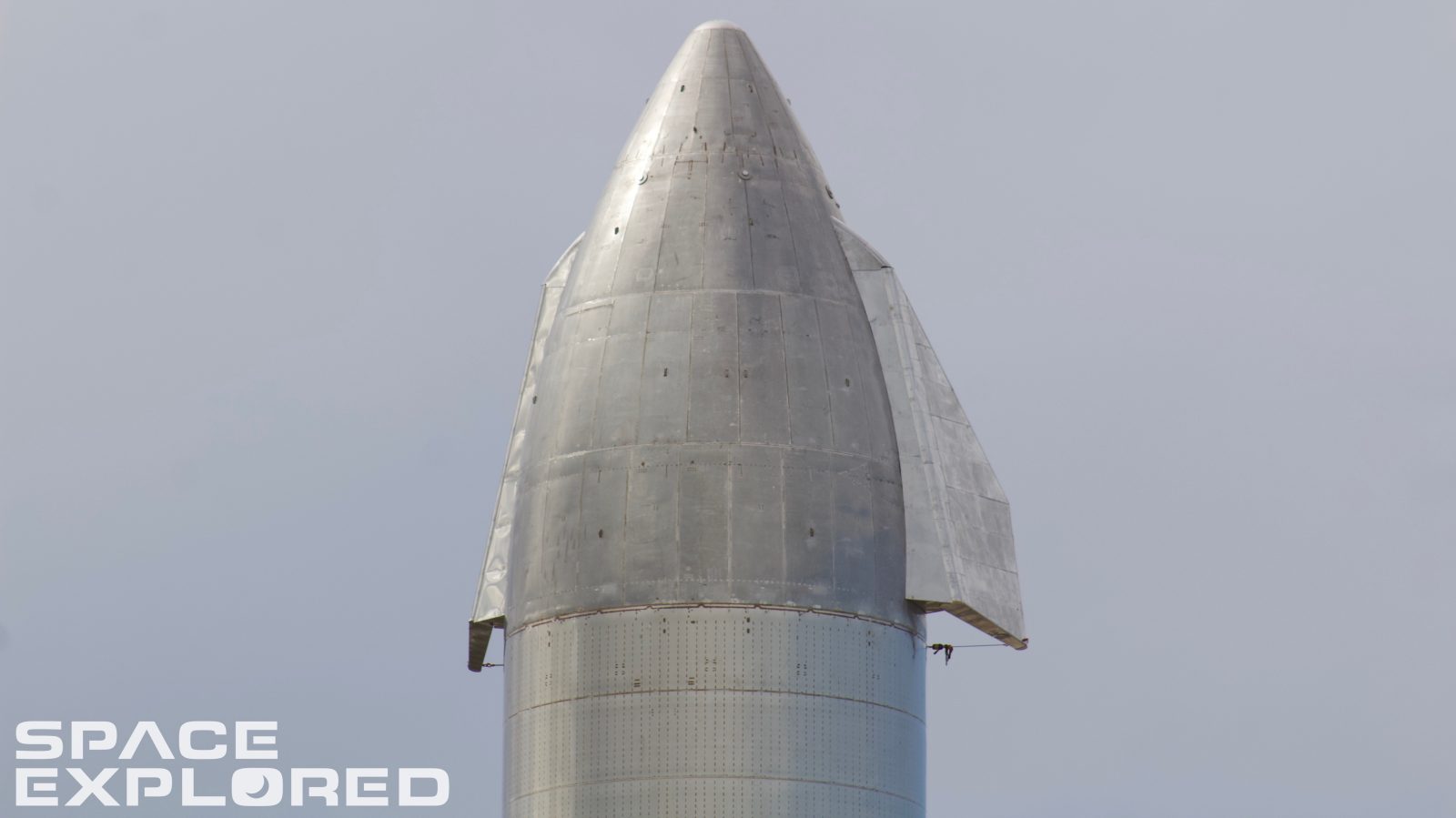 Hiding in plain sight at the end of Boca Chica Boulevard near the extreme southern tip of Texas are two SpaceX facilities. Each site is dedicated to building and testing SpaceX’s next-generation spacecraft called Starship. Elon Musk’s rocket company is preparing to launch Starship Serial Number 8, an early prototype version of the future spacecraft, on its first high-altitude flight test this week.

When Starship is complete, the giant launch vehicle will be able to lift off from and land at the South Texas launch facility located just around the corner from the site where Starship is built. With the help of SpaceX’s Super Heavy booster, Starship is expected to reach the Moon, Mars, and beyond.

SpaceX also envisions uses for Starship, including point-to-point travel between great distances on Earth, servicing Earth orbit with greater rocket reusability, and even working with NASA on a few missions.

Here’s a look at Starship SN8 on its launchpad as viewed from Boca Chica Beach just south of SpaceX’s facilities.

The launch site really is just a short walk from where the Gulf of Mexico meets the southern tip of Texas.

Starhopper, an even earlier prototype version of the spacecraft, is also present at the launch facility in southern Texas.

SpaceX used Starhopper to test Starship’s Raptor engine, a new generation of rocket engines, on a 150-meter hop from Boca Chica, Texas, in 2019.

Here’s a closer look at Starhopper today as it sits near Starship SN8:

While it may shadow Starship SN8 in height, Starhopper seriously mammoths cars and trucks in size.

While it’s still possible for the public to drive up to SpaceX’s Starship launch facility, the Boca Chica area becomes a no-entry zone on launch test days.

Here’s the view from a few miles away at South Padre Island, Texas.

If Starship SN8 makes its first 15-kilometer flight attempt on Wednesday, Space Explored will have coverage from this perspective:

Like other observers on site, we’re hoping the schedule holds and Starship SN8 flies on Wednesday. While SpaceX doesn’t provide a T-0 time for launch, we expect the test to occur between 12 p.m. and 6 p.m. CST.

While the end goal is ultimately to launch and land the vehicle, Elon Musk expects a fate that doesn’t involve landing is more likely. An explosion during flight or a splashdown in the Gulf of Mexico could occur.

Stay tuned to Space Explored for the latest details on Starship Serial Number 8 testing. For now, enjoy these views from SpaceX’s Boca Chica facility this week: