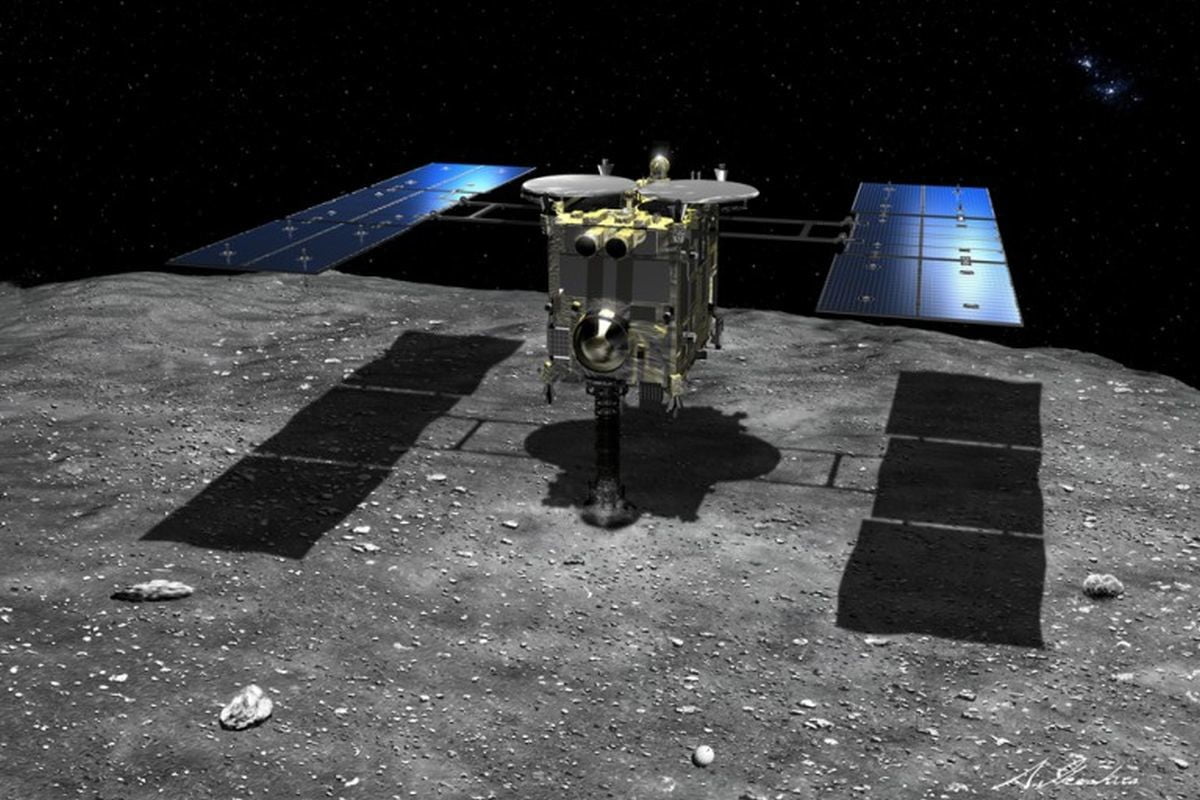 On December 3, 2014, Hayabusa 2 launched from Tanegashima Space Center in Kagoshima, Japan, on a six-year-long journey. The mission was to study and collect samples from the asteroid named “Ryugu” before returning to Earth. That return date is a mere four days from today.

It took Hayabusa 2 about three years to rendezvous with the Ryugu asteroid after being launched into space, arriving in 2018. It finally made contact in early 2019. Shortly after, Hayabusa 2 fired an impactor into the asteroid’s surface, creating a sort of artificial crater. This allowed for the collection of samples from beneath the surface of the asteroid.

Later that year, in 2019, the Hayabusa 2 spacecraft departed from the asteroid with its samples, beginning its journey back to Earth. The spacecraft is expected to reach Earth in a mere four days, on December 6.

Ryugu is a Type-C asteroid, meaning that it is mostly composed of carbon and located a great distance from the sun. However, what makes Ryugu so special is that scientists believe it may also contain traces of organic material as well as water. Collecting physical samples from it may allow us to finally discern if this is indeed the case. This can help scientists in learning where organic material on Earth may have originated.

When Hayabusa 2 returns to Earth, it’s going to be a big deal. The potential knowledge and answers contained within the collected asteroid samples may contribute to answering one of the biggest questions mankind has ever asked: Where did we come from?