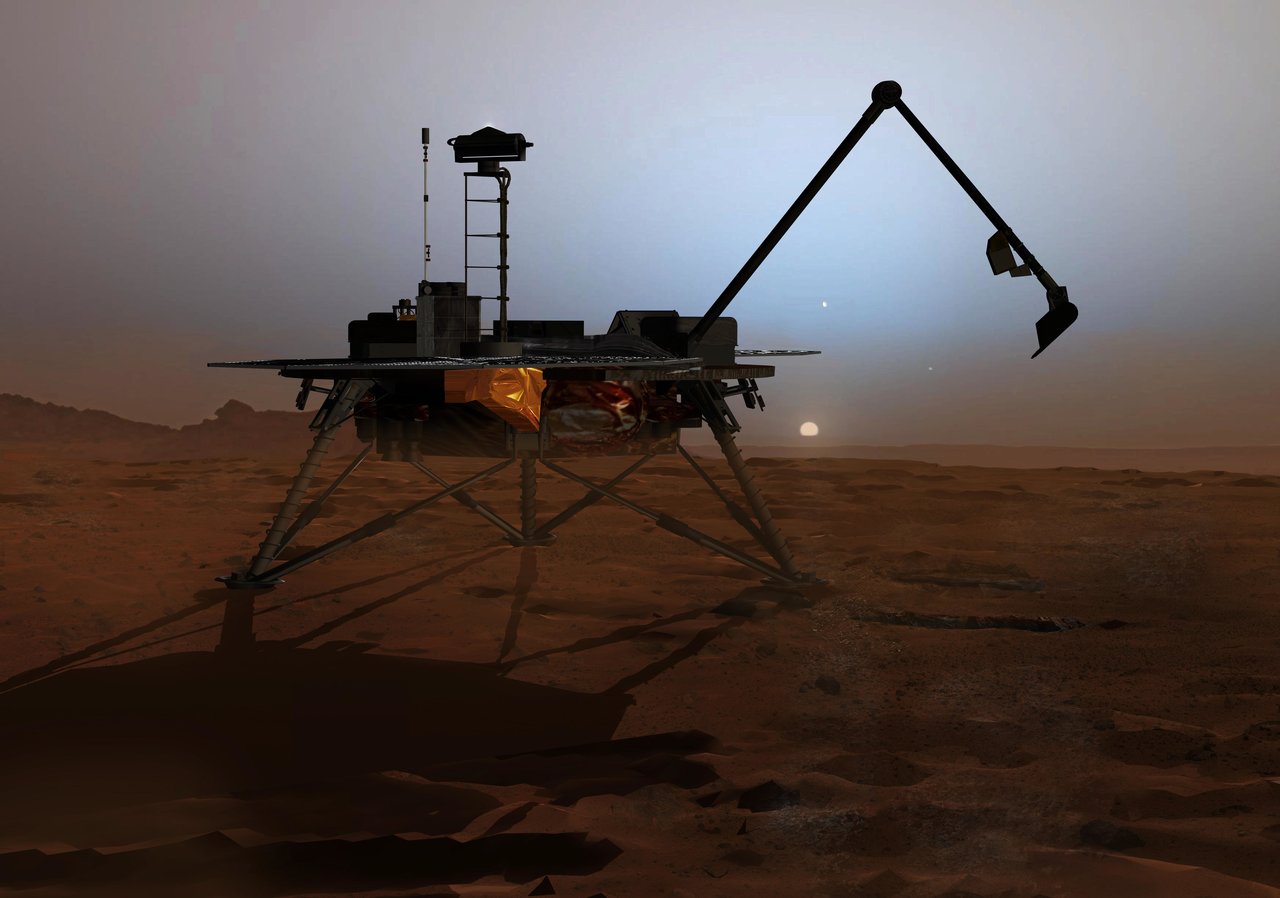 The Phoenix lander was sent by NASA to uncover the mysteries of Mars’ north pole ice capes back in 2007 as a part of the agency’s Mars Scout Program. The Scout Program was a campaign within the Mars Exploration Program that would send small, low-cost missions to the Red Planet. This program also gave us the MAVEN orbiter and InSight lander in future missions.

Phoenix was the first lander to arrive at Mars poles and only the 6th mission of NASA to land successfully on the Red Planet. It had the goal of researching the history of water for possible information on what caused the severe climate change on the planet.

Its second goal was to determine if there was a way for life to survive in the ice-soil boundary that was found in the far north regions of the planet. Phoenix had the expected life span of 90 sols (Martian days), and like most spacecraft made by NASA’s Jet Propulsion Laboratories, it lasted two months longer than expected, succumbing to the extreme cold of its first Martian winter.

The Mars Scout Program was supposed to be a group of low costing missions. The Planetary Society, however, posted a break down of the costs of the Phoenix lander at a total of about $420 million.

It’s hard to call that “low cost” when it was one of the most expensive Mars missions to date, of course, ultimately costing about the same as one of the Mars Exploration Rovers (Spirit & Opportunity). It doesn’t come close to the total spent on the Viking program, however, nor the multi-billion dollar budgets for the newest rovers.

Phoenix was able to predict the presence of water ice on the surface, something that was also predicted by the Mars Odyssey orbiter. The ice was below the surface and was seen to evaporate away once a trench was dug. Phoenix, alongside several other big Mars missions that were launched around the same time, showed the move of NASA’s planetary studies to focus on Mars to prepare for possible crewed missions in the future.