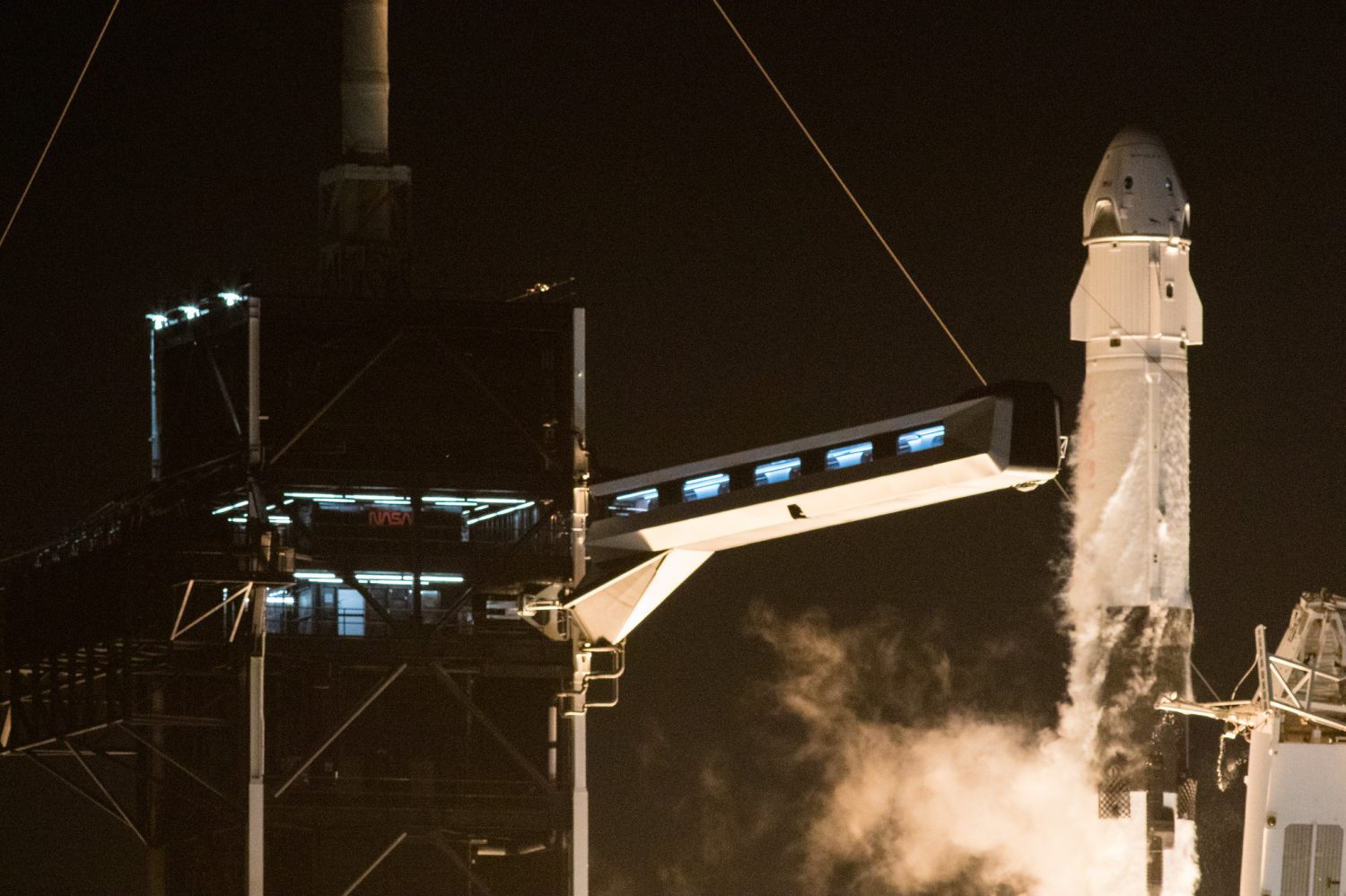 Shane Kimbrough serves as commander for the next SpaceX crewed mission called Crew-2, and this week the NASA astronaut revealed their official mission patch. The international crew that consists of Kimbrough (NASA), Megan McArthur (NASA), Akihiko Hoshide (JAXA), and Thomas Pesquet (ESA) will launch from LC-39A no earlier than March 30, 2021.

The vibrant patch design includes the last names of each crew member, a fiery red dragon affixed to a starry background, and the SpaceX Crew Dragon spacecraft launching upward. “The determined expression of the dragon in the patch reflects the strength of the team and their contribution to the exploration of space,” says Kimbrough.

SpaceX’s Crew-2 mission is set to be the first mission to reuse both the first stage rocket booster and the Dragon spacecraft. The booster returned a few weeks ago from the Crew-1 launch, and this will be the first time SpaceX will re-fly astronauts on a flight-proven booster.

It won’t be the only thing flight-proven hardware on this mission. The capsule dubbed Dragonship Endeavour first saw use during SpaceX’s Demo-2 mission that flew astronauts Bob Behnken and Doug Hurley to the space station, certifying Dragon for human spaceflight.

The upcoming Crew-2 patch resembles the current Crew-1 patch slightly in design. Both designs include a physical dragon and Dragon spacecraft with mission numbers. The main difference between the two is that the Crew-1 members opted not to place their names on their patch and instead declared the patch a dedication to everyone involved in the program. Instead, Crew-1’s patch included symbols for Mercury, Gemini, Apollo, Shuttle, and ISS programs.

Below are other mission patches used by NASA and SpaceX for the test campaign of certifying Crew Dragon for flight.