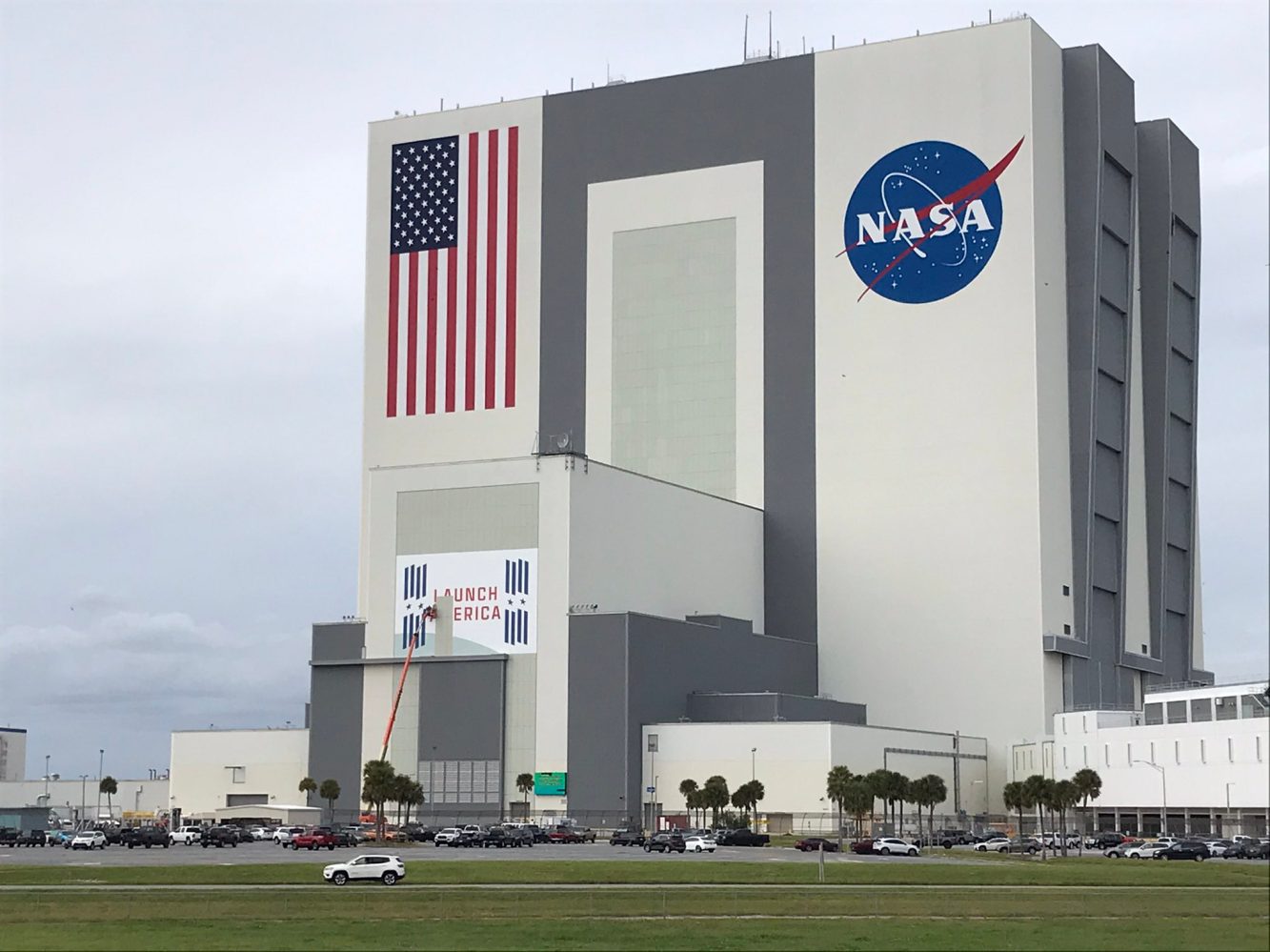 A team has started applying the “Launch America” logo onto the side of the Vehicle Assembly Building at Kennedy Space Center in Florida. The new art celebrates NASA’s now-operational Commercial Crew Program and return to crewed flight from U.S. soil after the Space Shuttle program ended in 2011.

The “Launch America” symbol arrives just in time for the 8th meeting of the National Space Council visit to Kennedy Space Center and Cape Canaveral Air Force Station on December 9th. This will be the final meeting chaired by Vice President Mike Pence before the Biden administration takes power on January 20.

Vice President Pence plans to meet with members of the 45th Space Wing, deliver remarks on NASA’s Artemis program, and list achievements made by NASA and the Space Force during the Trump administration.

It’s not yet known if the Biden administration will keep the National Space Council, which would then be headed by Vice President-elect Kamala Harris. President George H.W. Bush established the NSC by executive order in 1989. Prior to its revival by President Trump in 2017, the team was defunct since 1993.

Workers have been busy throughout the summer and fall touching up the aging VAB, American flag, and NASA meatball. While the Launch America symbolism arrives just in time for the final National Space Council meeting chaired by Pence, the logo was not present for the first two astronaut launches from America.