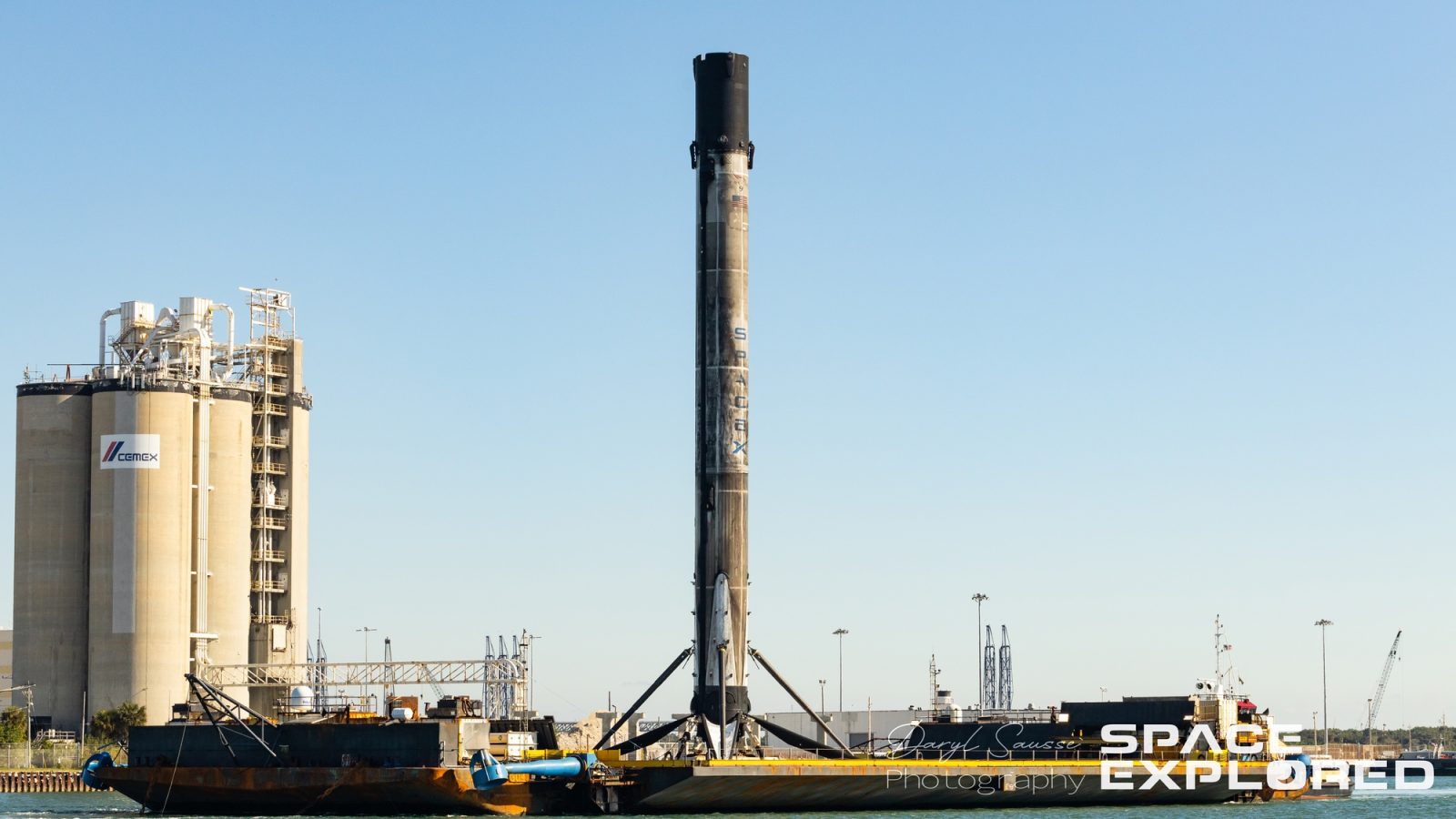 After a successful launch on Sunday, the booster that lofted the new cargo Dragon capsule to the International Space Station returned to Port Canaveral this morning.

With the booster returned and the Dragon now docked, the first phase of CRS-21 is pretty much complete. The capsule is expected to return around January 10th of next year and splash down off of the Florida coast. You can read more about the new Dragon 2 capsule here.

Keen-eyed space fans will note that this is the same booster that took its maiden flight by sending Astronauts Bob Behnken and Doug Hurley to the ISS on the Demo-2 mission. It has since flown three other missions. From here, it’ll be offloaded from the droneship named “Of Course I Still Love You.” Afterwards, it’ll be processed and inspected in anticipation of its next flight.

This booster is also noteworthy in that the iconic NASA worm logo was applied to this booster for SpaceX’s first launch of a crewed mission. Unfortunately, as of the time of writing, it hasn’t been visible from public viewing areas. The booster always lands facing the same direction and that means it’s pointed away from the crowds whenever it returns to port. As it gets offloaded, however, it may become visible. Keep an eye on @sausseimages on Twitter for bonus shots of the worm if it becomes available.